Hesione reticulata von Marenzeller, 1879  resembles, as indicated in the key below, H. picta Müller, 1858  . These two species differ in two main features related to their integument and pigmentation. In H. reticulata  integument is rugose because there are transverse and longitudinal striae, and living specimens have a complex, reticulate pigmentation pattern, whereas in H. picta  the dorsum is rather smooth, annulated, but without longitudinal striae, and living specimens have transverse dark brown bands. On the other hand, by their pigmentation pattern, H. reticulata  resembles H. intertexta Grube, 1878  by having longitudinal lines throughout the body, and short antennae. However, because H. reticulata  has an acicular lobe double, it differs from H. intertexta  that has a single acicular lobe. The species has been recently redescribed, a neotype was proposed ( Jimi et al. 2017), and the acicular lobe was confirmed as double. The specimens recorded by Imajima (2003: 132), albeit partially, might belong to this species; in one of his illustrations, a thick acicular lobe can be noted, which can be confused with a single tine, but as shown elsewhere ( Jimi et al. 2017), the shorter tine is difficult to be observed. 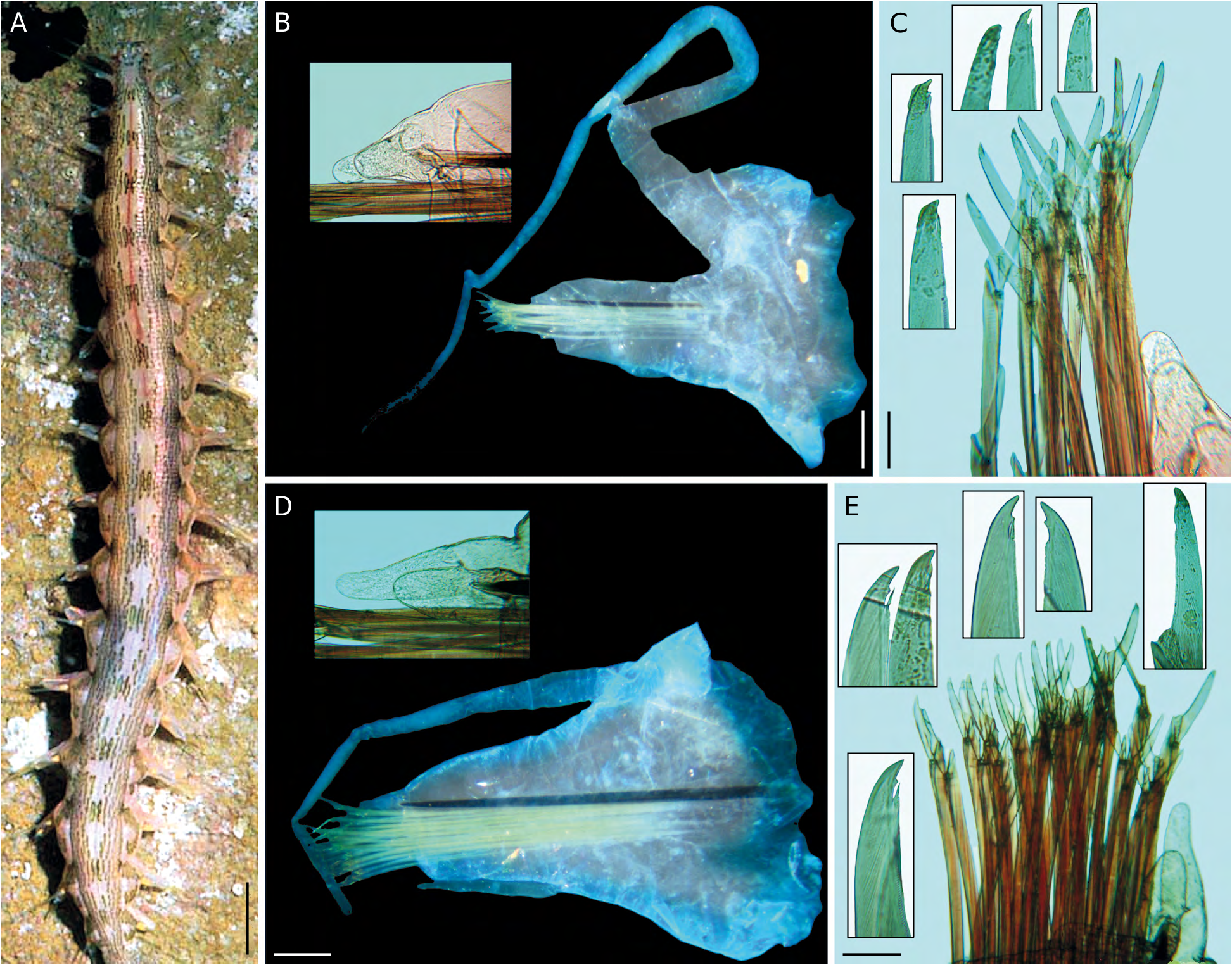