ETYMOLOGY. — This species is named after Leslie Harris, Collection Manager of the Allan Hancock Polychaete Collection, in the Los Angeles County Museum of Natural History, in recognition of her knowledge of polychaetes in general, and because of her longlasting and enthusiastic support to our research requests. The name is a noun in genitive ( ICZN 1999: art. 31.1.2).

DISTRIBUTION. — Only known from the type locality in Puerto Rico, Caribbean Sea . 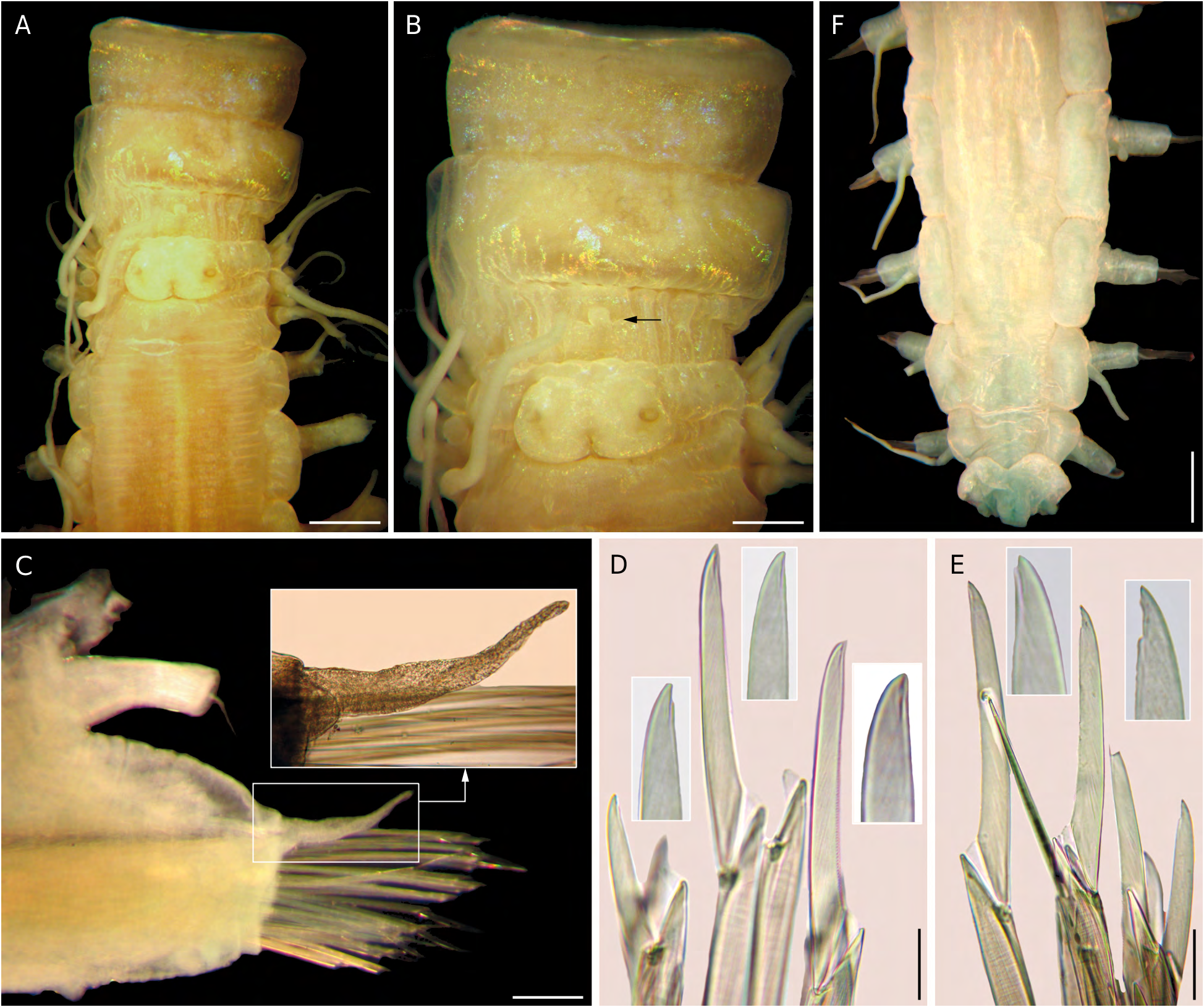