Host plant. Adults were collected on Millettia pachyloba Drake  ( Fabaceae  ) which is a likely host.

Remarks. The new species resembles E. viridis  in the colour pattern of head and thorax as well as the morphology of the terminalia. It differs in the much longer sclerotised ridge on the inner surface of the outer lobe of paramere in the male and the dorsally less excavate proctiger in the female. In the colour pattern of head and thorax it resembles also E. liui  from which it differs in the thick distal portion of the aedeagus bearing a basal hook-shaped process and the more lanceolate paramere. 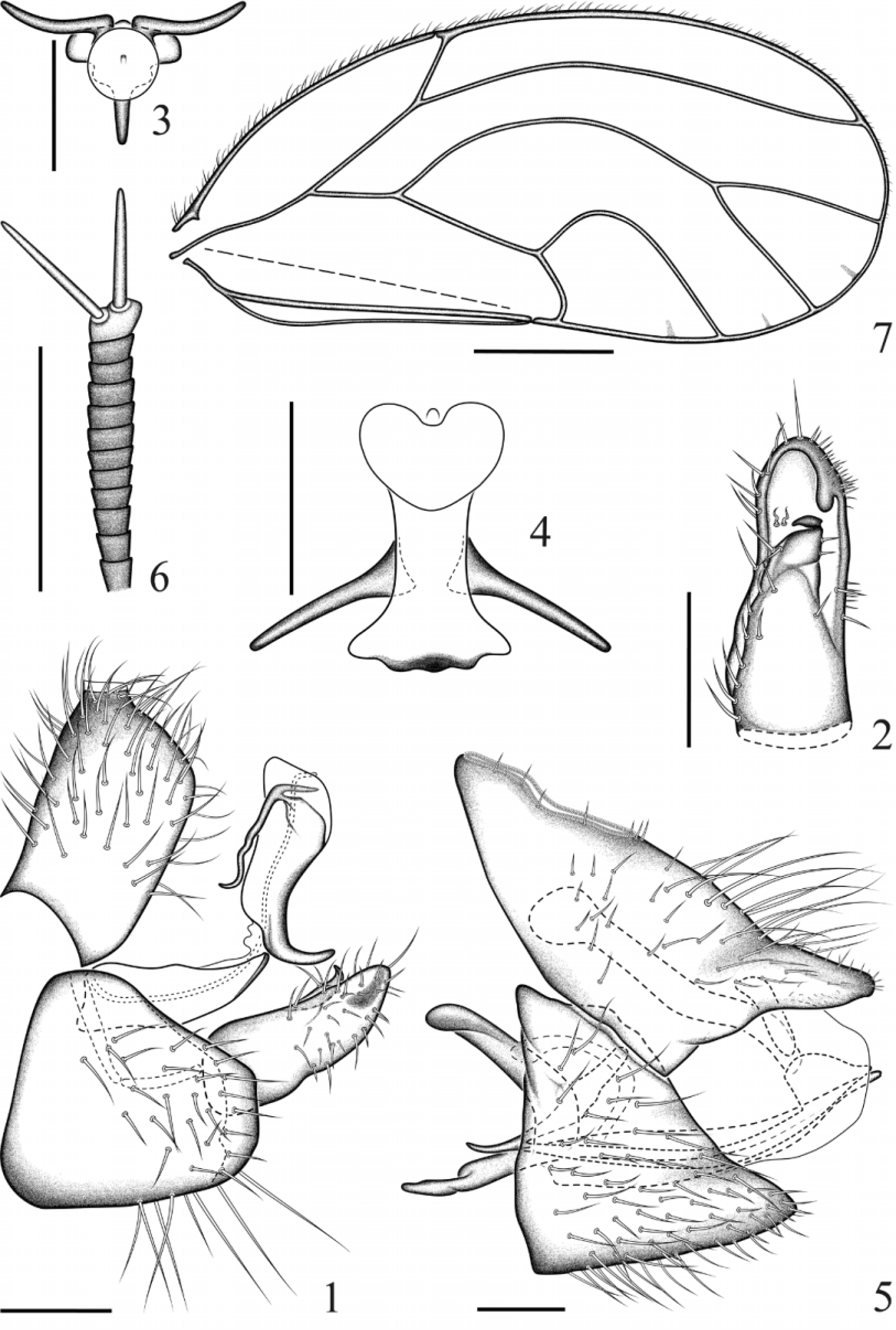 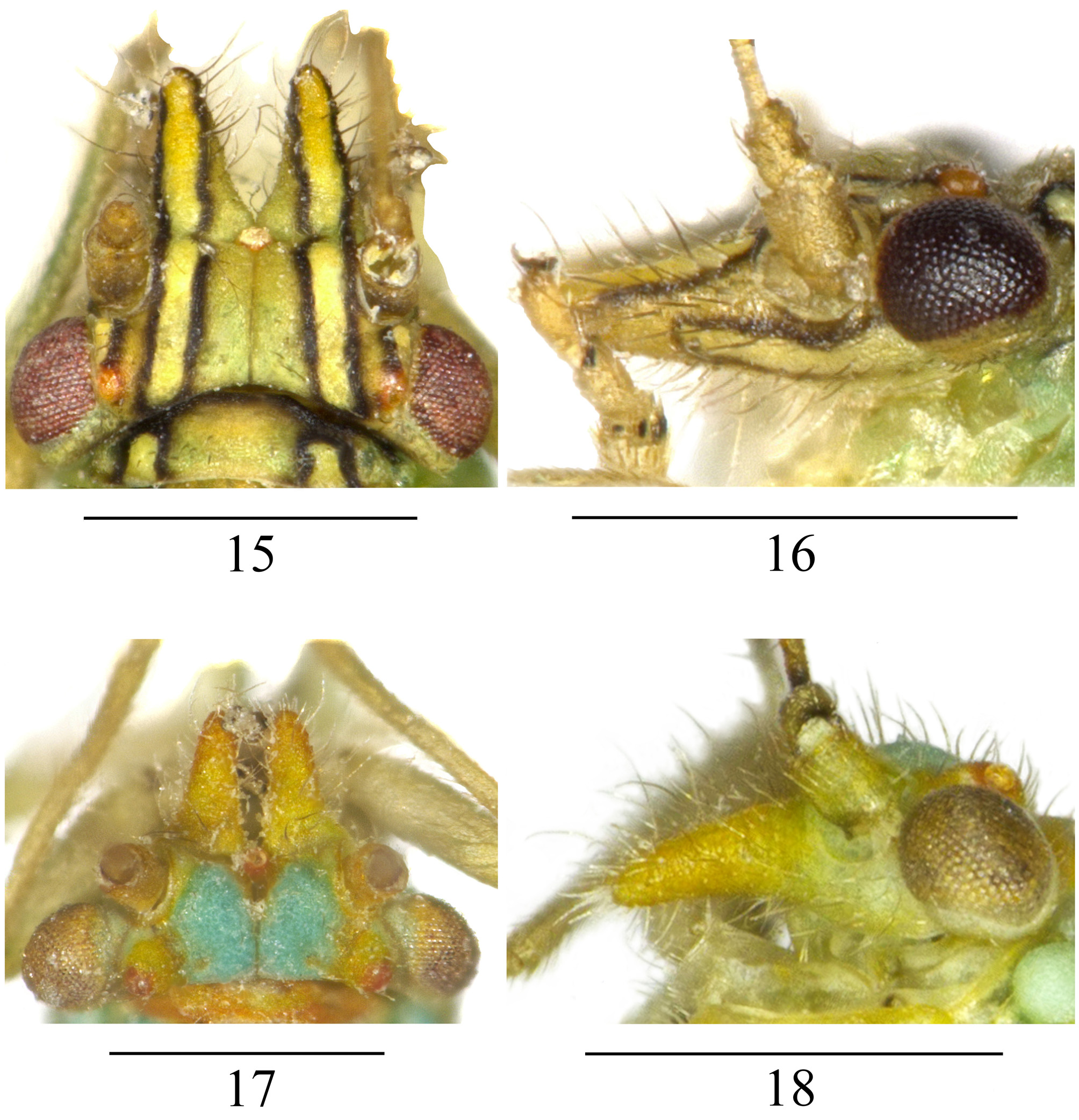