More dependable species characteristics than the occasional absence of lateral chaetae would be the shape of the spermathecae, chaetae and penial bulbs. The material examined here conforms completely to that described by Jamieson with regards to the spermathecal structure. The chaetae were originally described as occurring ventrally in V and all segments posterior to V in most cases (VI in some), and from XXI –XXIX (most often XXI) laterally. The material studied here also conforms to this description. The chaetal structure is also similar in general shape, although the drawings made by Jamieson indicate thicker chaetal shaft than found in this study. The structure of the penial apparatuses was not described by Jamieson, but later by Coates (1984); in all specimens studied here, the bulbs are highly similar to that described by Coates. Furthermore, there does not seem to be any significant differences between specimens from the two sites of Lizard and Heron Island, neither in body dimensions, chaetal distribution, penial apparatus nor spermathecal shape, an indication that these two populations are, or recently were, connected. No molecular data is currently available from the population at Heron Island, however.

Morphologically, G. trichaeta  is similar to G. hongkongensis Erséus, 1990  in chaetal distribution and shape, as well as spermatecal shape. The penial bulb of G. hongkongensis  , however, was described as a “ type 1 ” sensu Coates, 1984, which is characterized by vasa deferentia opening into very small epidermal sacs inside the male pores ( Erséus, 1990). Nevertheless, there is an invagination present in G. hongkongensis  , albeit small. As described by Coates (1984), penial bulbs type 1 and 3 only differ in the size of the epidermal invaginations (in type 3 bulbs, the invaginations form distinct lateral sacs), a character which could easily change from one state to another over evolutionary time. 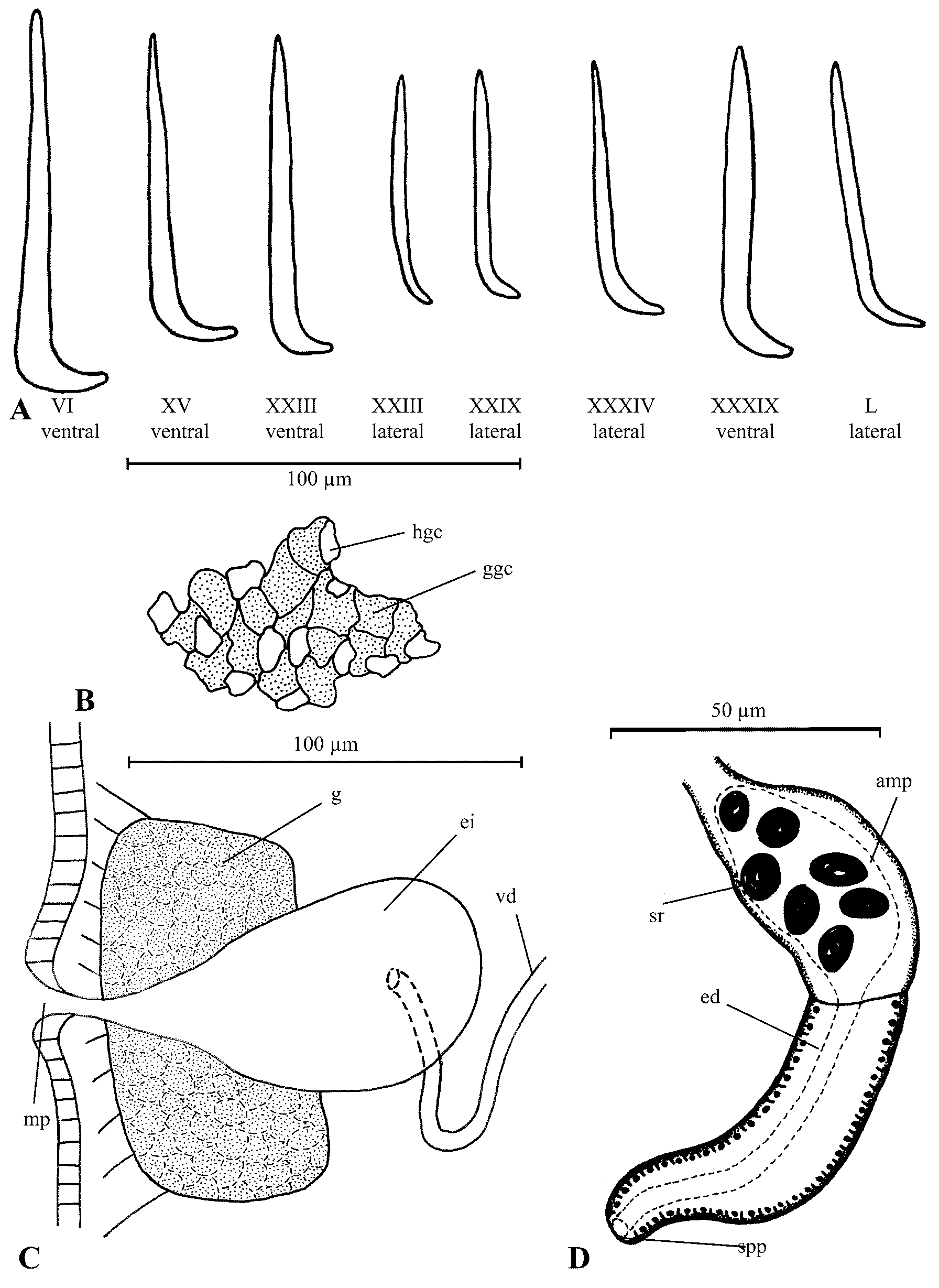