Etymology: Named with the Latin regina  , i.e. queen, for the region of Queensland where it was found.

Remarks: Although based on a single incomplete specimen, this taxon appears to be a distinct species, as it is the only one found in eastern Australia that possesses a head organ. This feature is shared by species in Tasmania, South-West Australia and Antarctica, as well as some species in the Atlantic ( Rota & Erséus, 1996, 1997, 2000, 2003; Rota, Wang & Erséus, 2007). In contrast to many of those, however, G. re g i n a possesses long penial stylets. Other species with both a head organ and penial stylets are G. dolichura Rota & Erséus, 2000  , from Tasmania and southern Australia, and G. bykane Coates 1990  , G. crassiducta Coates, 1990  and G. ersei Coates 1990  from south-western Australia (see Rota, Wang & Erséus, 2007). However, the stylets of G. bykane  , G. crassiducta  and G. dolichura  are all considerably shorter than those of G. re g i n a, whereas those of G. e r s e i are much longer. Furthermore, G. bykane  and G. crassiducta  have short, stout spermathecal ducts, while G. dolichura  and G. ersei  possess spermathecae with long, narrow ectal ducts, distally expanded or with small ectal glands, all contrasting to G. regina’ s bipartite ducts that widen entally and lack ectal glands. The clitellar cell pattern (in rows) is similar among all five species, as is the chaetal distribution; the chaetal shape is also similar, although in G. dolichura  chaetae are more curved entally. Also, G. dolichura  shares with G. regina  a dorsal blood vessel which commences much more posteriorly than usual in Grania  , which further corroborates the phylogenetic affinity between these taxa.

Head organ inclusions with a central cavity have also been described in the south-western Australian G. sperantia ( Rota, Wang & Erséus, 2007)  . 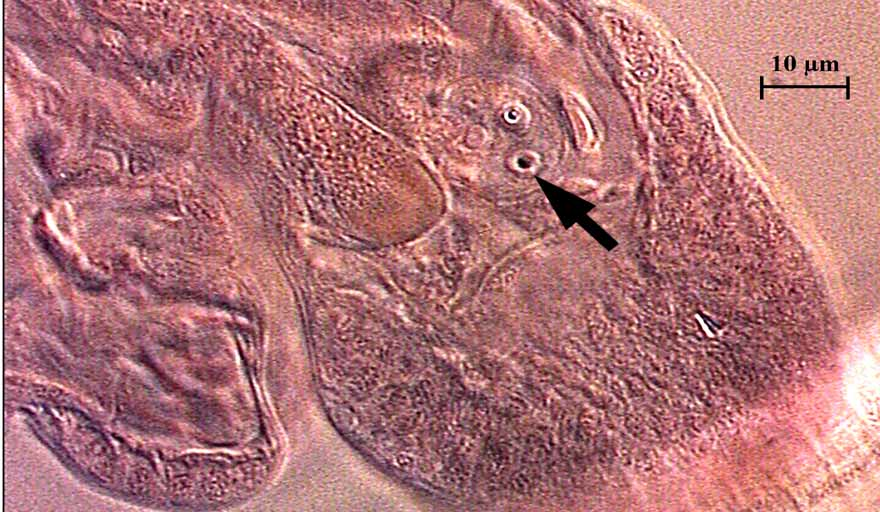