Pereopods 3 and 4 (Fig. 6) subequal, bases slender with parallel margins, about 3.3 times longer than wide; propodi elongate, longer than carpi; dactyls slender, with smooth seta on posterior margin of segment near insertion of nail; dactyl nail slightly curved, about half as long as dactylus. Pereopod 5 (Fig. 6 C) shorter than pereopods 6 and 7, bases slender with parallel margins, distoposterior lobes indistinct. Pereopods 6 and 7 (Figs. 6 D, E) subequal in length, about 35 percent as long as body; propodi of pereopods 5–7 longer than corresponding segments, nails rather long, slender, and not curved. Coxal plates very short, 2 to 3 times wider than deep, not contiguous ( Fig. 2View FIGURE 2 A). Coxal gills subovate and stalked, present on gnathopod 2 and pereopods 3–6. Median sternal processes present on pereonites 2–6 (Figs. 6 A, B, C). Oöstegites and genital papillae not observed and apparently absent in specimens examined.

Etymology. The epithet bastarenis  refers to the occurrence of this species in the Bastar District in the Indian state of Chhattisgarh.

Variability. Individuals did not vary significantly. The only variation discerned, in one specimen, was the absence of the pre-peduncular ecdysial spine on the third urosomite.

Remarks. The absence of oöstegites, pene, and very small size of the specimens may indicate immaturity but this is not certain and cannot be determined without collection of additional material. However, despite the tiny size of the specimens, most of the structural characters appear to be adult, although some are modified.

Type locality. Kotumsar Cave, the type-locality and only known locality, is situated on the bank of the River Kanger, which flows through the Kanger Valley National Park ( KVNP) (18 º 52 ´09˝ N; 81 º 56 ´05˝ E) at an altitude of 560 m. ( Fig. 1View FIGURE 1). It is one of the largest caves in India and one of several caves (both explored and unexplored) in KVNP. The entrance to the cave is a vertical fissure in the wall of a hill and is a narrow but twisted opening, measuring about 15 m in length. The cave has several irregular chambers similar to that of a honeycomb. The main tunnel of the cave is nearly 500 m long and has several lateral and perpendicular passages. The roofs and walls of the different chambers are lined with colorful dripstone formations, resulting from the precipitation of calcite-dissolved carbonate of lime. The chambers are floored with either rocks or pebbles of varying dimensions or surface-derived soil/clay deposits. 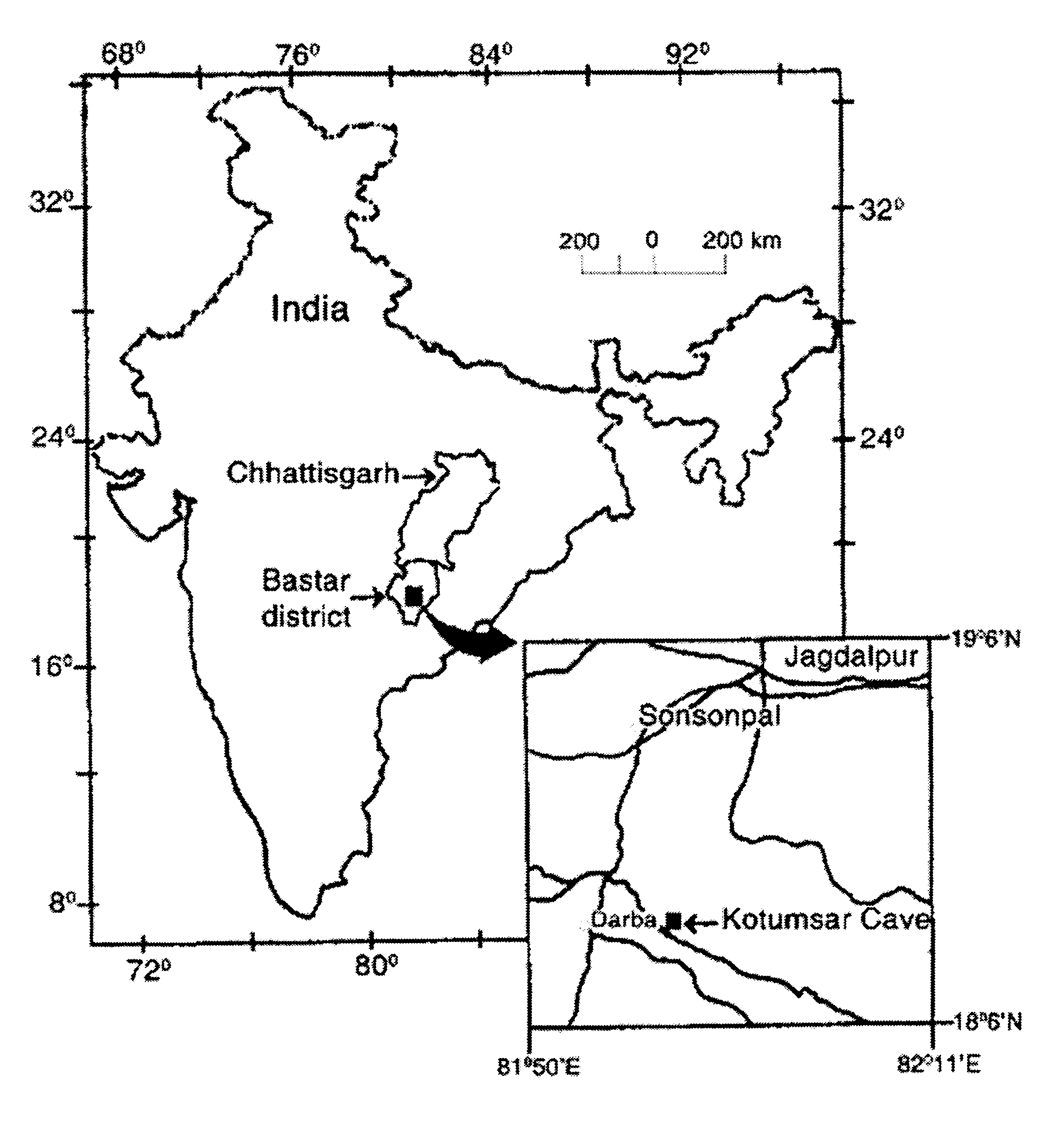 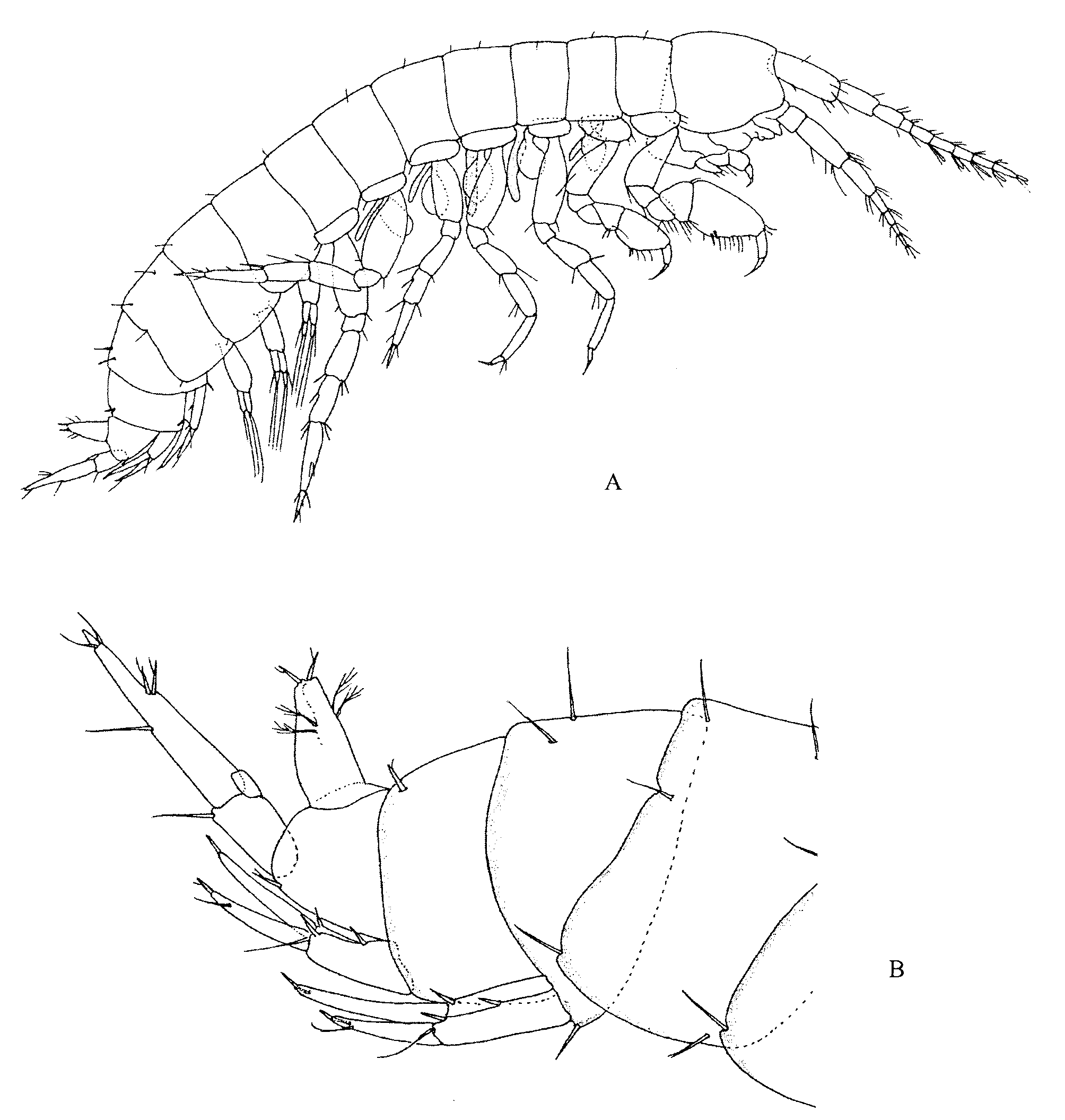