Holotype: A parthenogenetic female, on a slide with an infective female and a male paratypes, deposited in the ANIC, Canberra, ACT, Australia, collected at Frog Rock, near Mudgee, NSW, data as above.

Diagnosis and relationships. Fergusobia floribundae   n. sp. is morphologically characterized by the combination of a C-shaped parthenogenetic female with a narrow, arcuate, conoid tail; an arcuate infective female with an hemispherical tail tip; and an arcuate or J-shaped male with angular spicules and short to mid-length peloderan bursa.

Etymology. Named after Angophora floribunda   , the host plant from which the nematodes were collected. 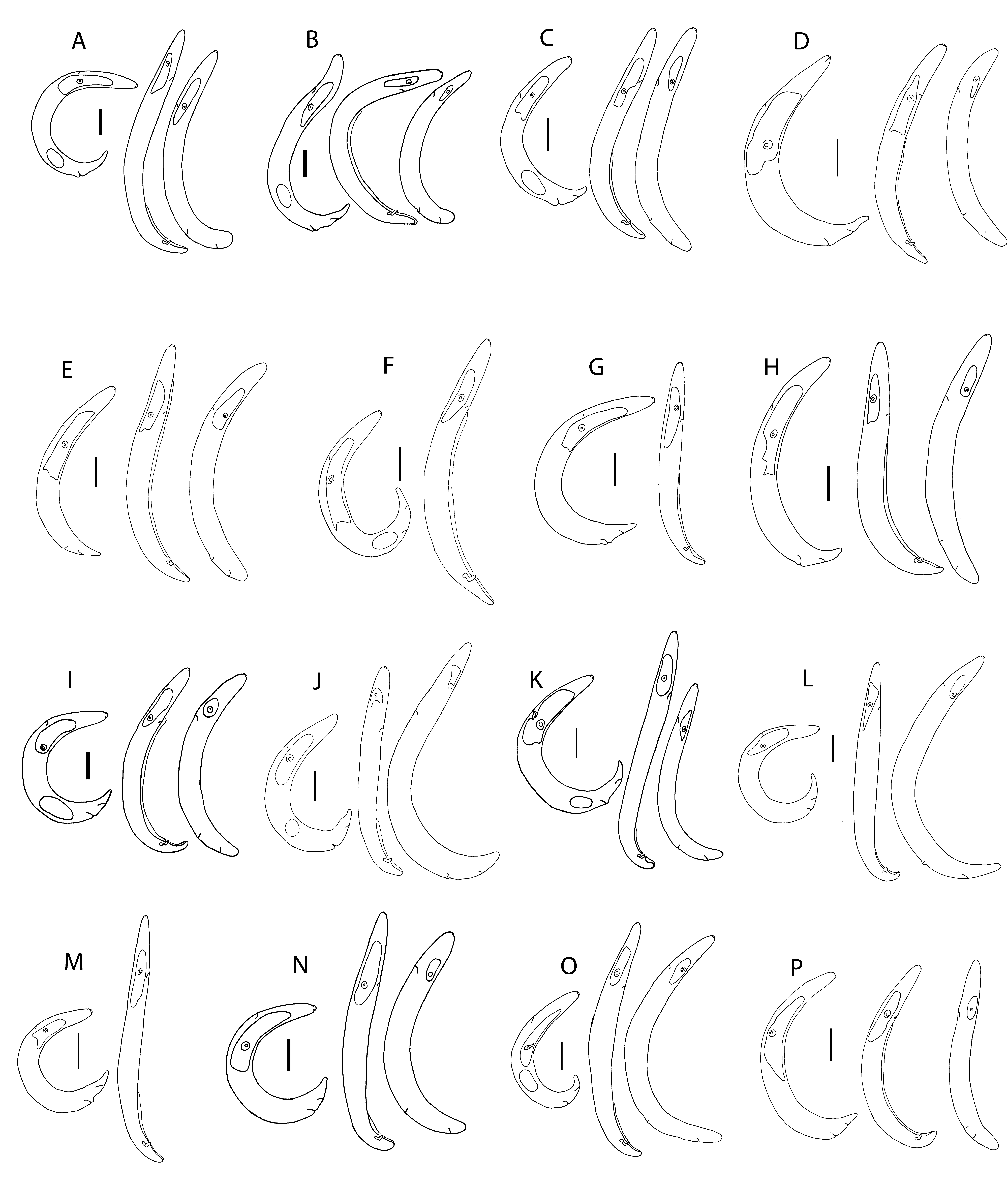