Holotype: A parthenogenetic female, on a slide with an infective female and a male paratype, deposited in the ANIC, Canberra, ACT, Australia, collection data as above.

Diagnosis and relationships. Fergusobia pimpamensis   n. sp. is morphologically characterized by the combination of an open C- to C-shaped parthenogenetic female with a narrow conoid tail, an arcuate to open Cshaped infective female with a hemispherical tail tip, and arcuate to C-shaped males with arcuate spicules and long, crenate, peloderan bursa.

Morphologically, all stages are similar to those of F. floribundae   n. sp.

From phylogenetic analyses based on sequences of D 2 /D 3 and COI, F. pimpamensis   n. sp. is genetically close to F. floribundae   n. sp.

Etymology. Named after Pimpama, the area of the Gold Coast, south-eastern Queensland, where the nematodes were collected. 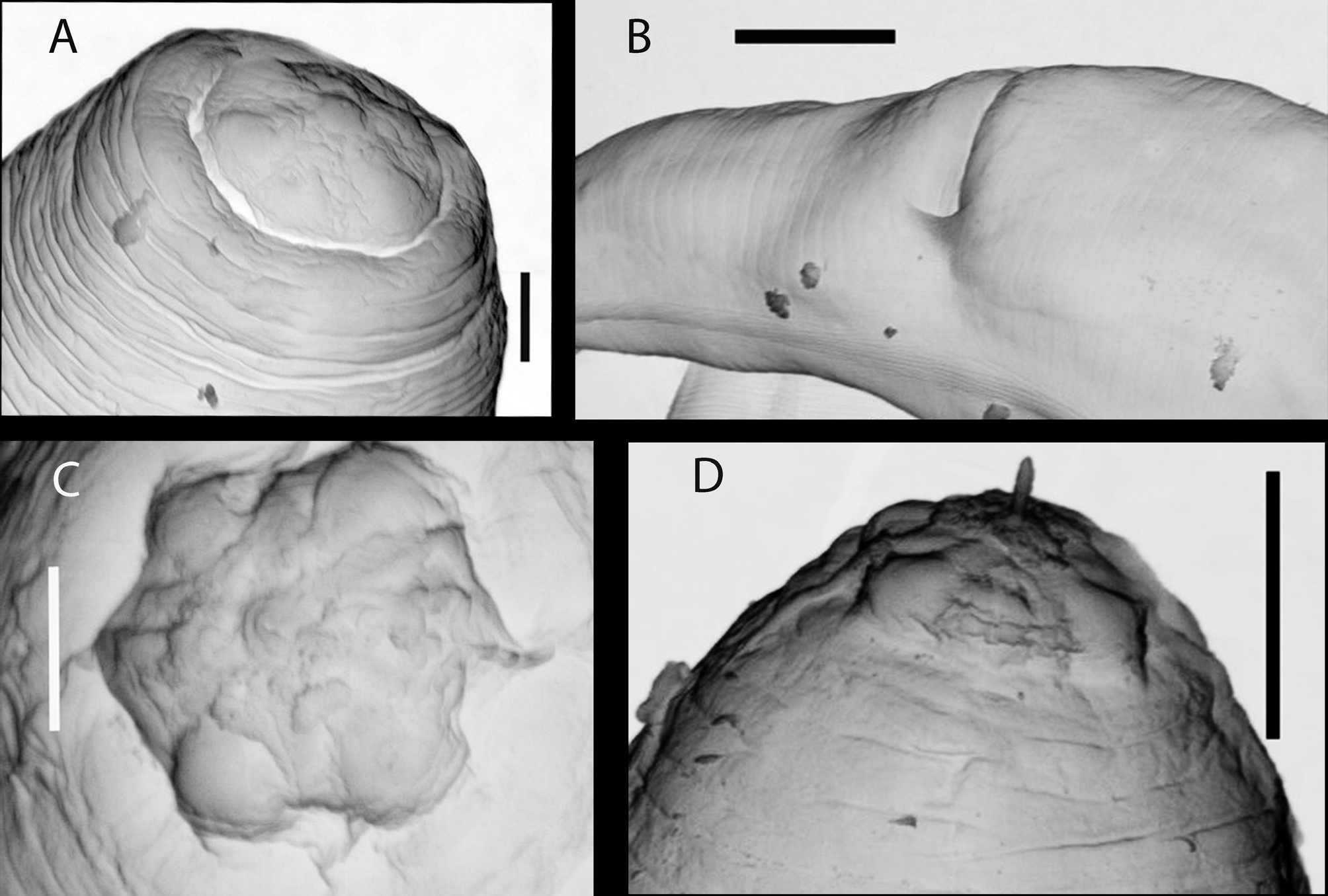 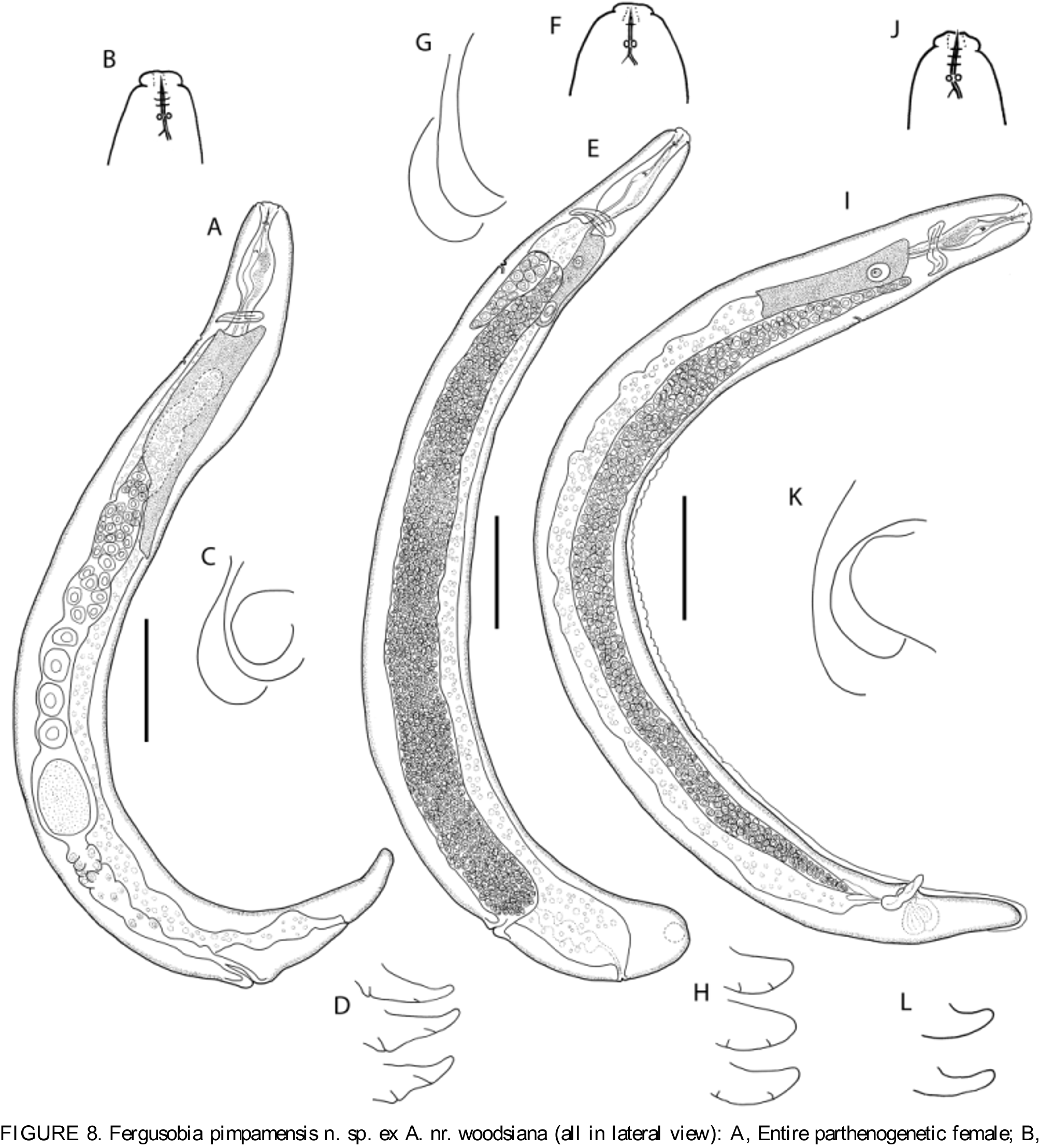