Comments. This species has a characteristic pattern (Figs 6a, c ‒d) that allows even juvenile specimens to be identified to species. Neon rayi   has a West Palaearctic distribution and is known from the Iberian Peninsula to Kazakhstan ( Helsdingen, 2014; Mikhailov, 2013). It was not previously known from Israel, and the record from Upper Galilee is the southernmost in the entire range. 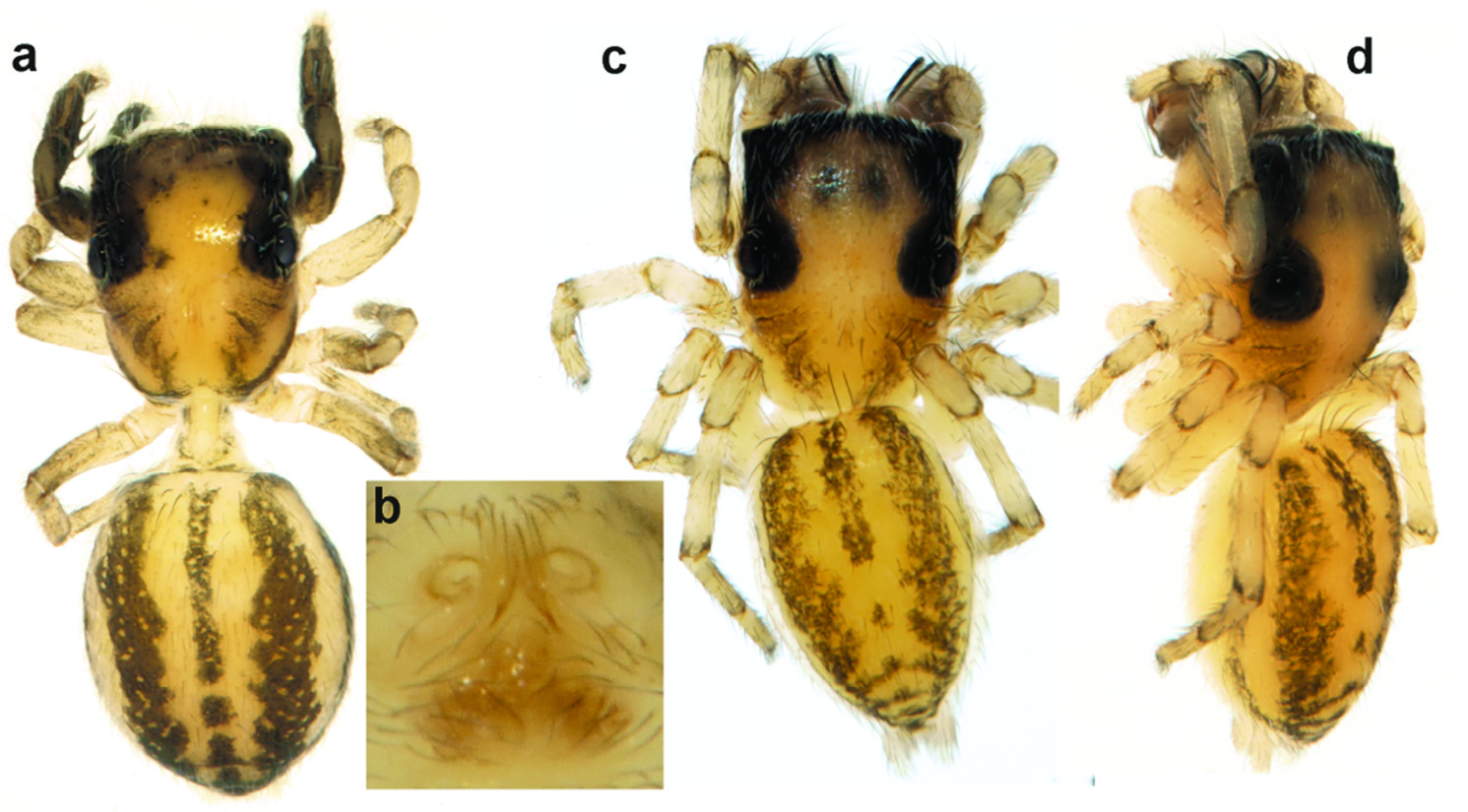