General features. Cyrtogenius luteus   ( Fig. 1), the only Cyrtogenius   species so far known to Europe, is similar to the European species belonging to the genus Dryocoetes   from which is easily distinguished by the 4 -segmented antennal funicle ( Fig. 2 View FIGURE 2 ), and the slightly elevated ventro-lateral margin of the declivity which is armed by small granules ( Figs. 1 and 3 View FIGURE 3 ). Other features concern the antennal club, which has a basal corneous portion (segment 1) always procurved, and sutures visible only on the anterior face ( Fig. 2 View FIGURE 2 ). Compared to the other Dryocoetini   genera, Cyrtogenius luteus   is a stout species with the elytrae 1.4 times longer than the pronotum ( Fig. 1).

Male. Similar to female in all morphological characters, except in having frons with finer punctures on smooth surface and with inconspicuous hairs ( Fig. 6).

The comparison of the sequences obtained from our samples with the sequences of the other two Cyrtogenius   species clearly shows that our samples belong to a species different from C. brevior   although closely related to it ( Fig. 7 View FIGURE 7 ). In addition, the analysed samples show five different haplotypes between years and localities (Tab. 2); the consistent number of haplotypes may suggest a large single introduction. 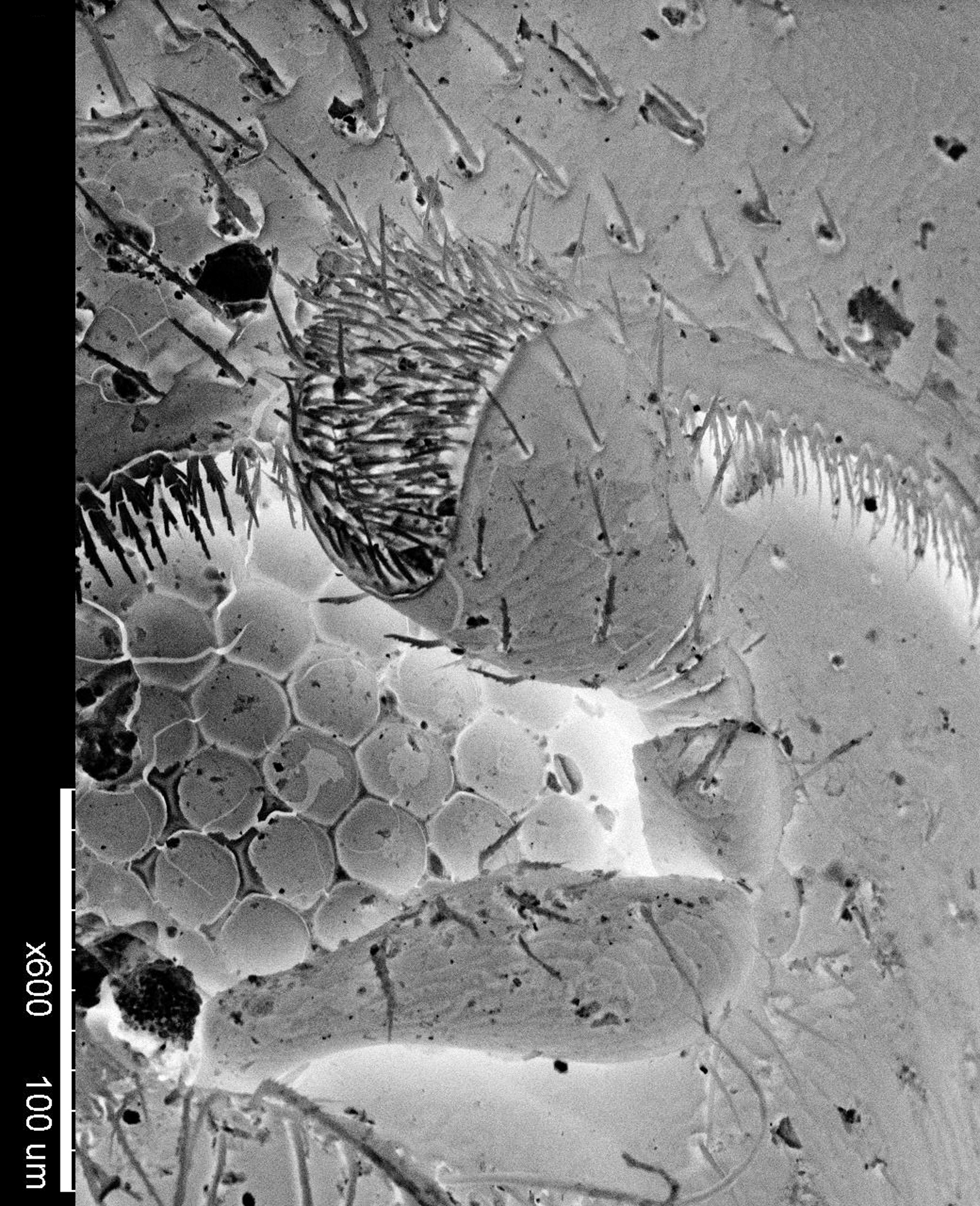 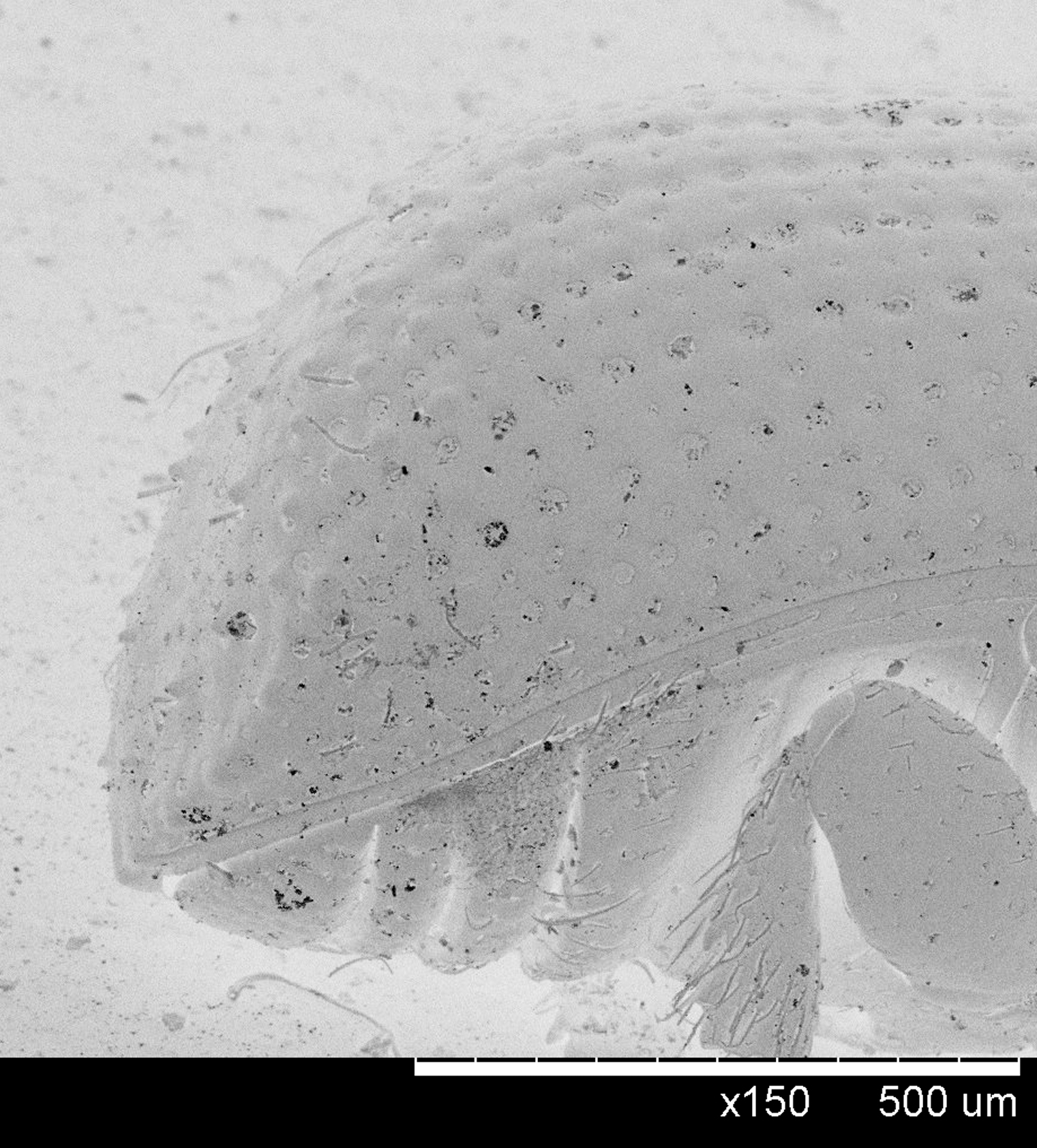 FIGURE 3. Ventro-lateral margin of the declivity of Cyrtogenius luteus slightly elevated and armed of small granules. 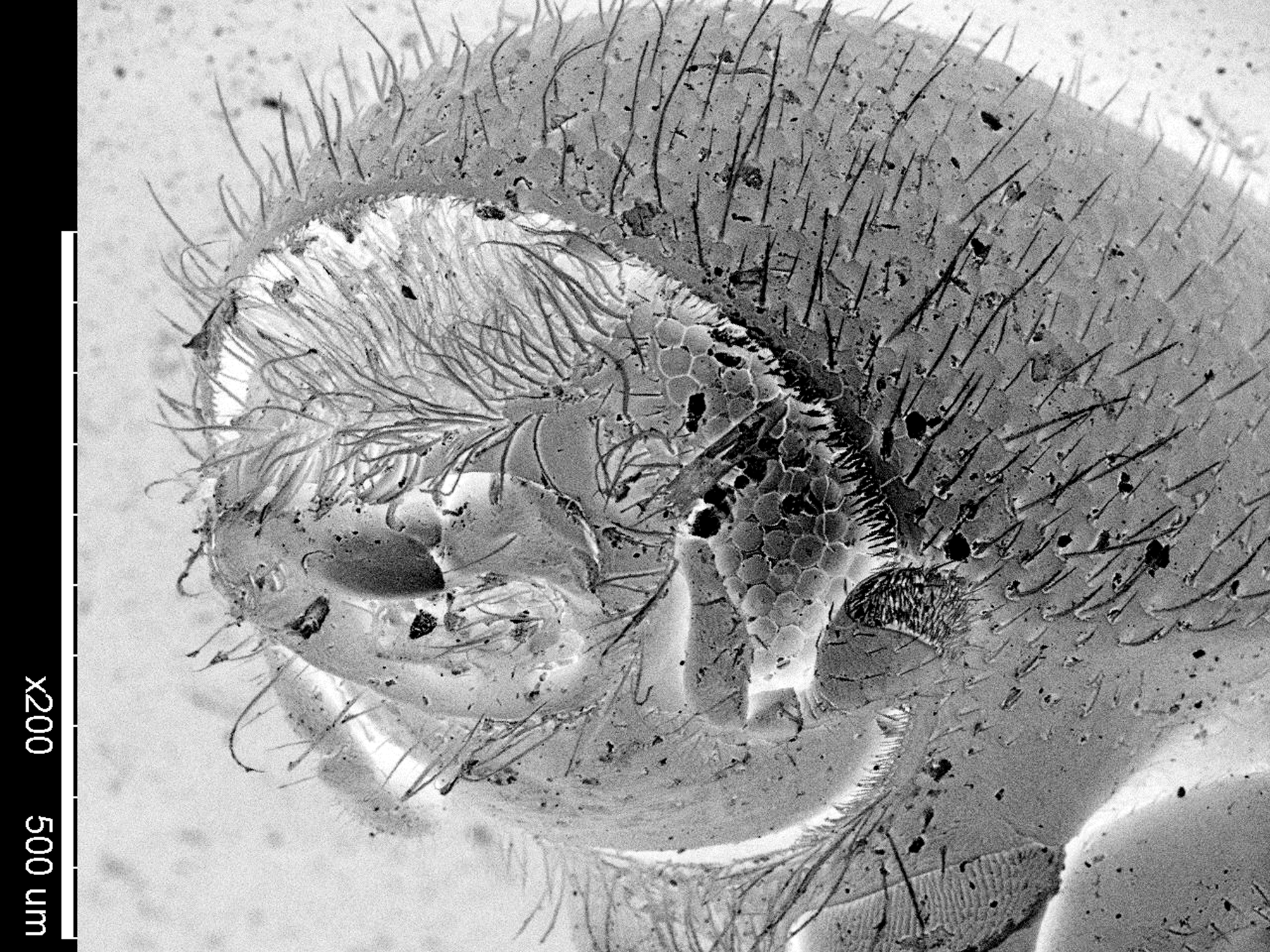 FIGURE 5. Frons of Cyrtogenius luteus female. Note the abundant vestiture missing on the frons of the males.

FIGURE 7. NJ tree based on a 390 bp fragment of cytochrome c oxidase subunit I barcode region from 5 samples of C. luteus plus the other sequences of the same mtDNA region for the genus Cyrtogenius retrieved from GenBank. Bootstrap percent values (1000 replicates) higher than 50 are reported on nodes.