Etymology. – The name hainanensis   refers to Hainan Province where this species has been found.

Remarks. – Measurements of all found specimens are given in Table 2.

Differential diagnosis. – This new species belongs to the subgenus Calcarobiotus   . It is similar to Calcarobiotus (Calcarobiotus) digeronimoi Pilato, Binda & Lisi, 2004   , but differs from the latter by having dentate lunules of the claws on hind legs, by the first macroplacoid being dropshaped instead of rod-shaped, by the first macroplacoid being shorter than the third, by larger body size, and by relatively shorter buccal tube length. It differs from Calcarobiotus imperialis Abe & Takeda, 2000   , mainly by lacking the lateral spurs on claw basal portion of the hind legs, by longer third macroplacoid, and by rounded pharynx instead of elliptical. 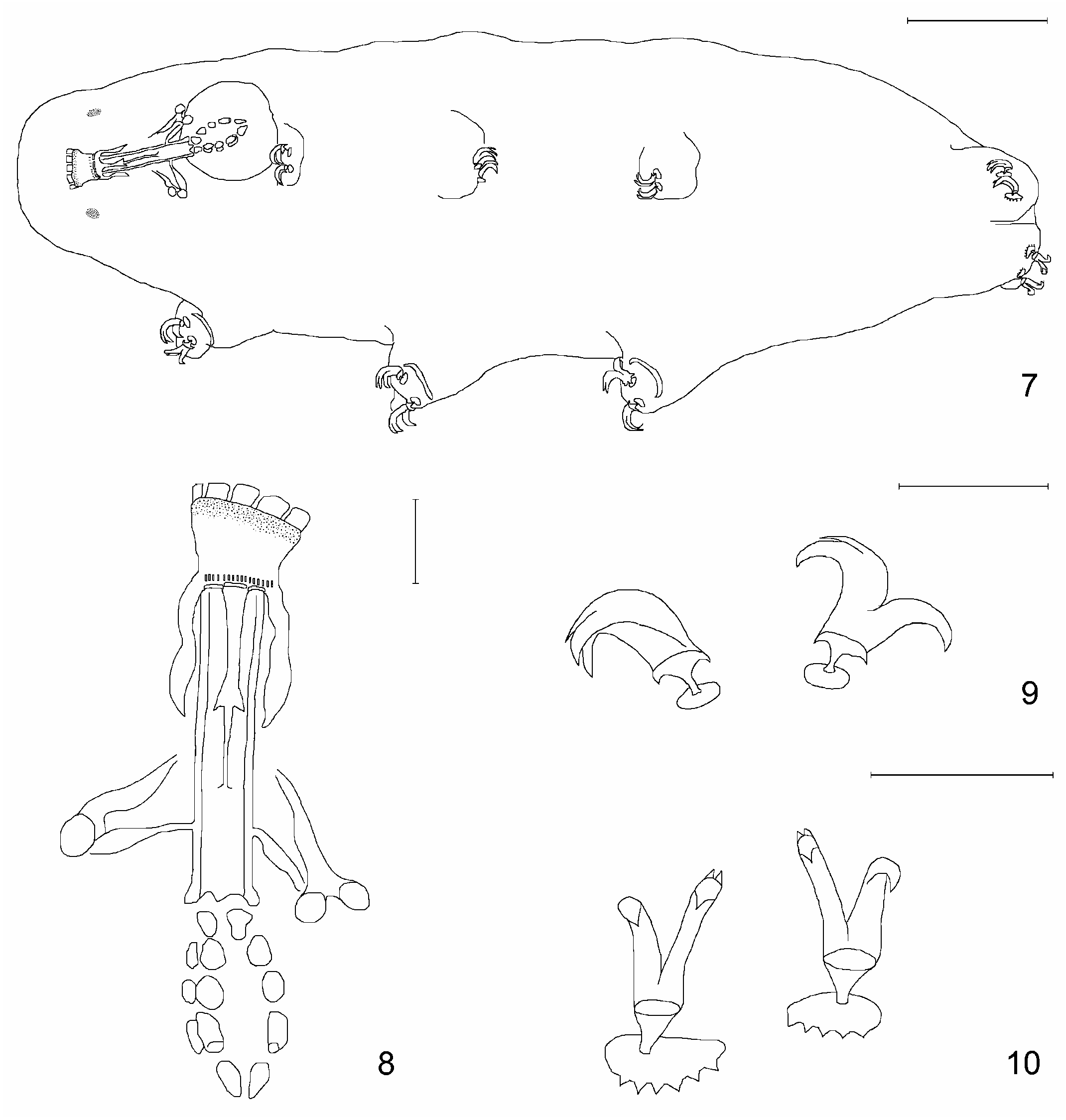