Description. Head and dorsum black, venter and tegmina dark brown, usually varied with orange on base of clavus (as in type, Fig. 10 View FIGURES 10 – 11 B) or pale brown on base of clavus and/or costa. Male pregenital tergite lobes slender, curved ventrad, sternite with spiny lobe just before genital capsule ( Fig. 47 View FIGURES 46 – 54 A); subgenital plates with prominent lobe on dorsal side of basal half, as in Tropidorhinella inflata (Jacobi)   ; styles broadly furcate at tip, as in genotype; phallobase large, with thick upper lobe; theca strongly curved on basal half, apical third with triangular lobes directed cephalad ( Fig. 47 View FIGURES 46 – 54 B). Length: male 5.7–6.4 [holotype] mm, female 6.9 mm.

Remarks. The spiny thecal tip and lobate subgenital plates are characteristic of Tropidorhinella Schmidt   , but the styles, pregenital tergal lobes and shape of the pronotum show that these genera are not related. This species is 3% divergent from the lineage to which belongs an undescribed female (also from Sinaloa in Mexico).

Remarks. The short basiconic sensillum and serpentine style tip without setae are shared with the following new subgenus, from which lineage this species is only 2% divergent. 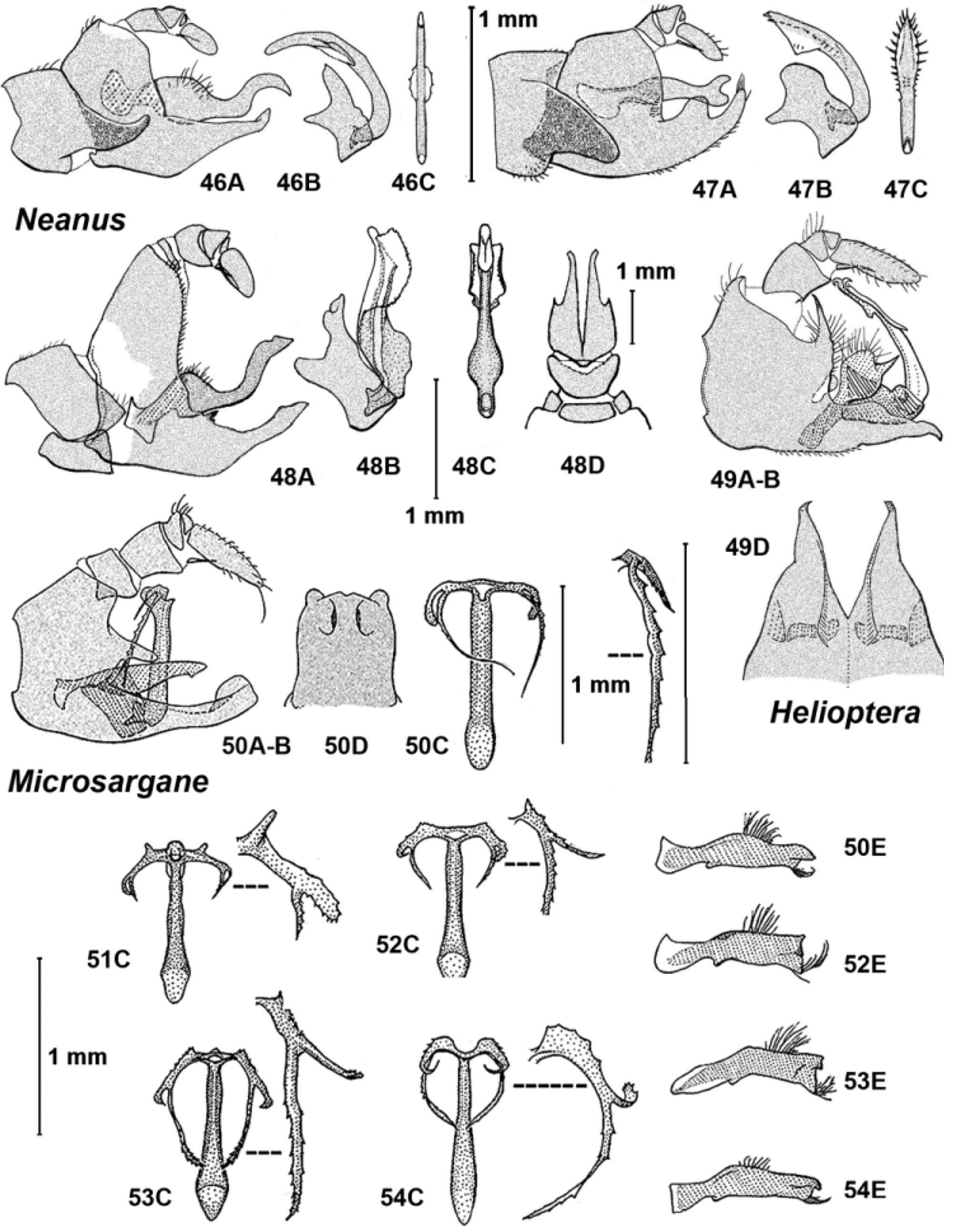 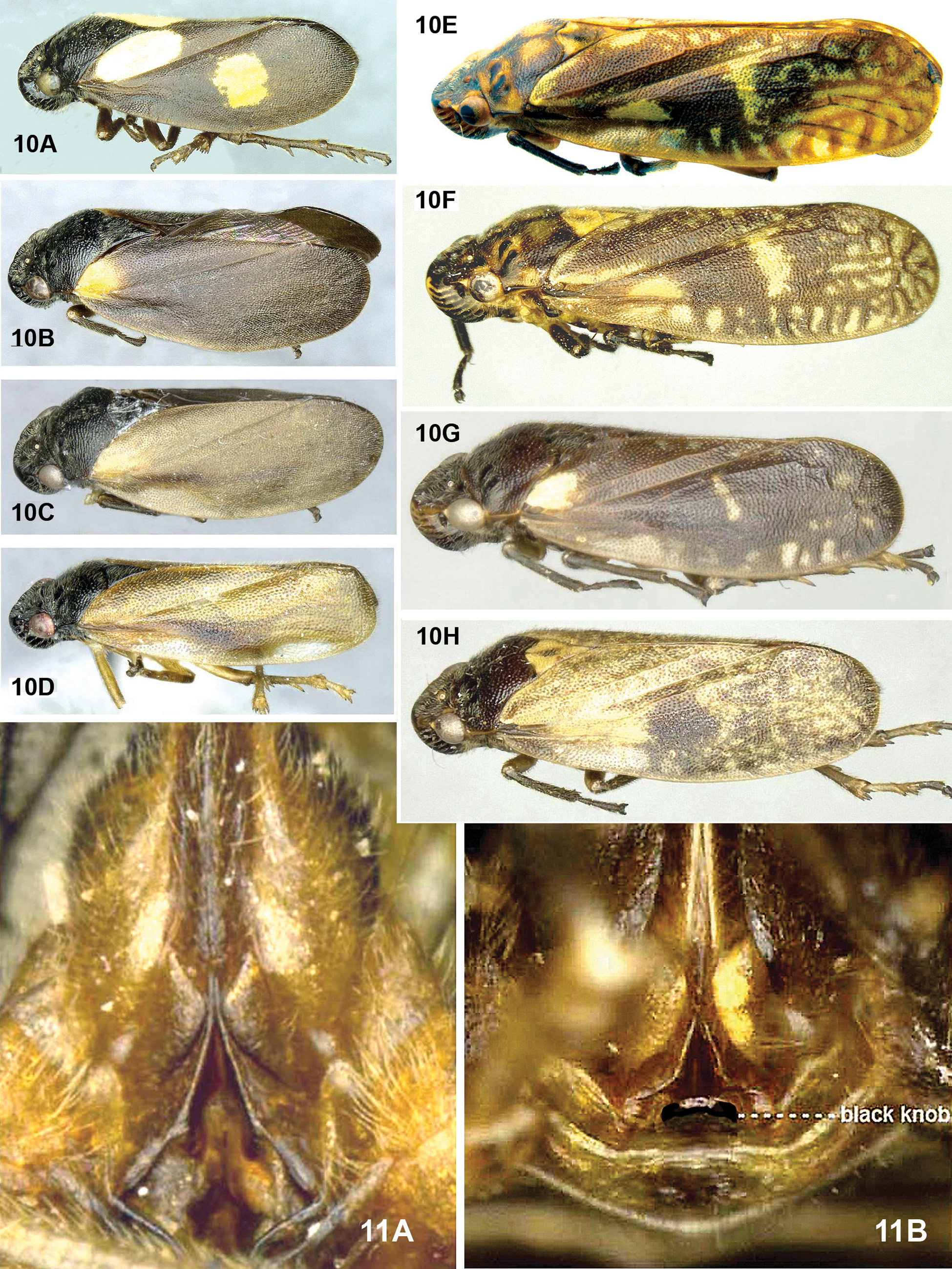