Holotype. Parthenogenetic female on a slide deposited in the ANIC, Canberra, ACT, Australia, together with an infective female and a male; collected at Kensington Park, Kensington Park, Adelaide, SA, by K.A. Davies, 10.ix. 2002 (WNC 2284).

Reproductive tract comprising ovary with growth zone occupying ~ 70 % of length, structure of oviduct obscure, no spermatheca, quadricolumella present, smooth, uterine sac less than one vulval body diameter in length. Tract variable in length, usually outstretched on right side of intestine, with 1 flexure to ventral side in one specimen, extending part way along pharyngeal gland or to nerve ring; growth zone usually with first few oocytes in a single row, then forming two, and finally one per row; uterine sac containing no eggs or one egg (in 2 of 17 specimens examined); vulva a depressed slit, vulval lips usually slightly raised. Tail variable in length and diameter, 1–1.5 times anal body diameter in length, with a broadly rounded tip.

Anterior fusiform part of digestive tract occupying ~ 60–80 % of body diameter. Pharyngeal glands extending over intestine, ~ 60–70 % of body diameter in diameter, distance from head to end of glands being 40 % (27–51 %) of total body length. Lumen of intestinal tract broadens behind gland.

Molecular analysis. No molecular data is available for this species.

Diagnosis and relationships. Fergusobia sporangae   n. sp. (MSp 16 of Davies et al. 2010 a) is morphologically characterized by the combination of an arcuate to open C-shaped parthenogenetic female with a broadly rounded tail tip, an arcuate infective female with a short tail with a broadly rounded to hemispherical tip, and an arcuate to barely J-shaped male with angular (not heavily sclerotised) spicule and short peloderan bursa. Its status as a species is also supported by a combination of its collection from unilocular axial bud galls (see Discussion), association with a fergusoninid fly having larvae with a shield of the ‘patches’ form, host E. leucoxylon   , and geographic distribution (collected only within the natural range of the host plant in SA).

Remarks. Six collections of unilocular axial bud galls were made from E. leucoxylon   , and most of the galls within these collections were stalked. However, one sessile axial ‘pea’ gall was found associated with F. sporangae   n. sp.

Etymology. Named for the usual form of the gall, superficially resembling a sporangium, from which the nematodes were collected. 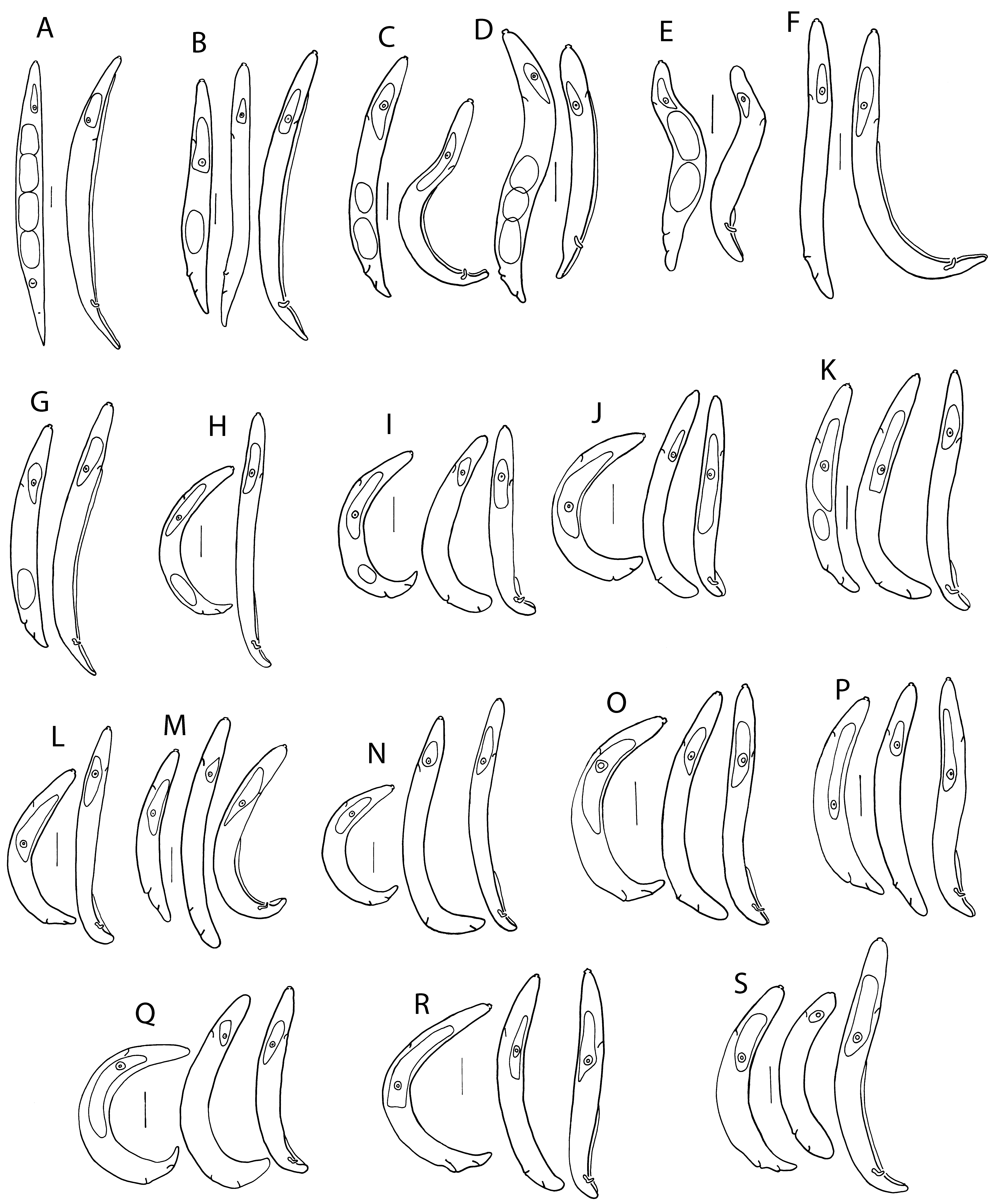 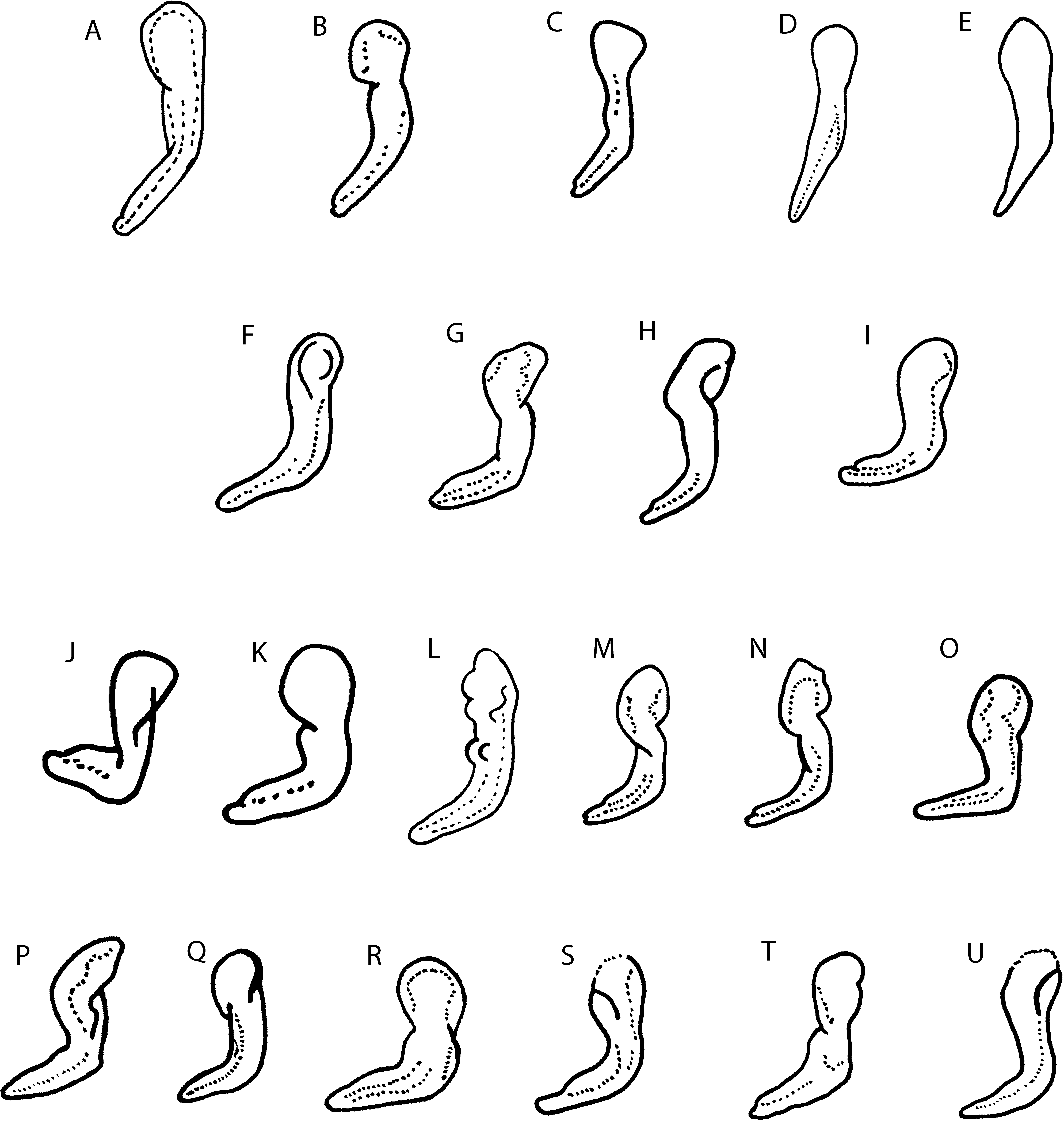