Type locality. "A small pool in the Cape Flats, alongside the railway line between Retreat and Lakeside" ( Sars 1916), Republic of South Africa.

Note on typification. Sars (1916) referred only to a single locality (see above), but he was mistaken: in reality he also had a material from Cape of Good Hope, present in his collection now, and these slides were marked as "type locality". By contrast, I did not find any samples or slides marked as it is reported above, while there were slides marked as "S. A. Mus I", also marked as "type locality". Keeping in mind, that only Dr. Purcell from the South African Museum sent samples to Sars, I selected lectotype on a slide marked as "S. A. Mus I".

Antenna I stout, not reaching tip of rostrum, with 4 transverse rows of long setules on anterior face, and analogous series on lateral and posterior face, no setules at end ( Figs 212–213 View FIGURES 204–215 ). Sensory seta arising about 1/4 of way from distal end. Largest aesthetasc half as long as appendage, reaching tip of rostrum. Antenna II with 3 long and stout spine-like setules on first, and 3–4 of these setules on second endopod segment ( Fig. 214 View FIGURES 204–215 ). Apical swimming setae with basal and distal segments unilaterally armed with stout, long setules, minute setules along other side of distal segment, no chitinous insertions within distal segments ( Fig. 215 View FIGURES 204–215 ). Basal and lateral seta subequal in size, both shorter than apical setae.

Taxonomical comments. This species has rarely been reported, and usually has been treated ( Jenkin 1934; Smirnov 1971) as a relative of. L. leydigi   . Investigators suggested it has a significant basal spine on the postabdominal claw, though Sars (1916) commented only on "a minute denticle at the base [of the claw]". Due to this incorrect idea, two members of the subgenus L. ( Leydigia   ), namely (1) L. macrodonta var. louisi Jenkin, 1934   and (2) L. macrodonta longiseta Chen   Shou-zhong, 1992, were established as its variety and   subspecies. In reality, 1 is a good species, and 2 may be a valid species, far from L. (N.) macrodonta   (see above). Jeje (1988) described L. ciliata   in his "redescription of L. macrodonta macrodonta   "; Jeje's ideas on the morphology of this species were generated without study of the types.

Distribution. Southermost portion of African continent, where it is relatively common. An Asian record ( Fernando & Kanduru 1984) is dubious. 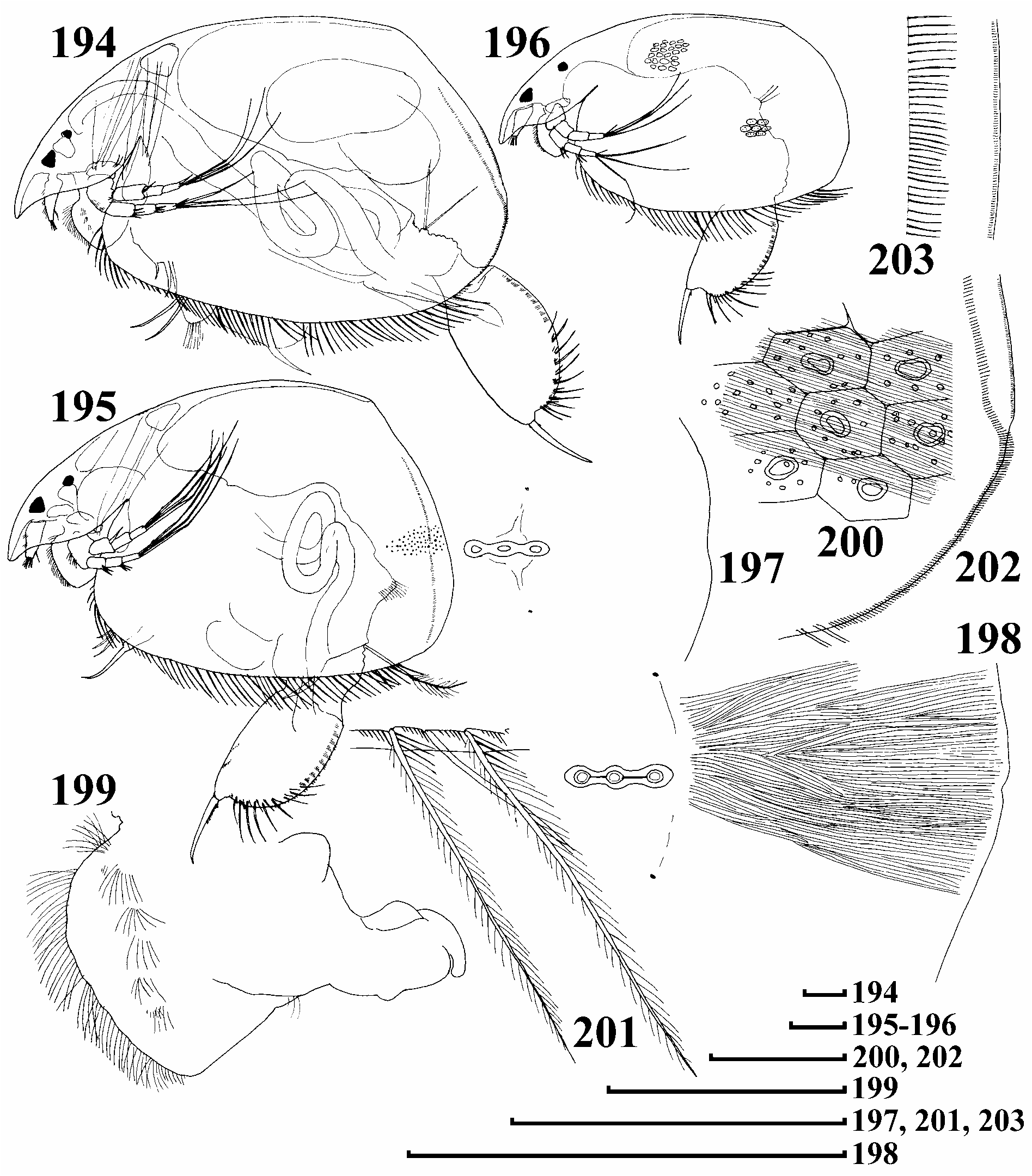 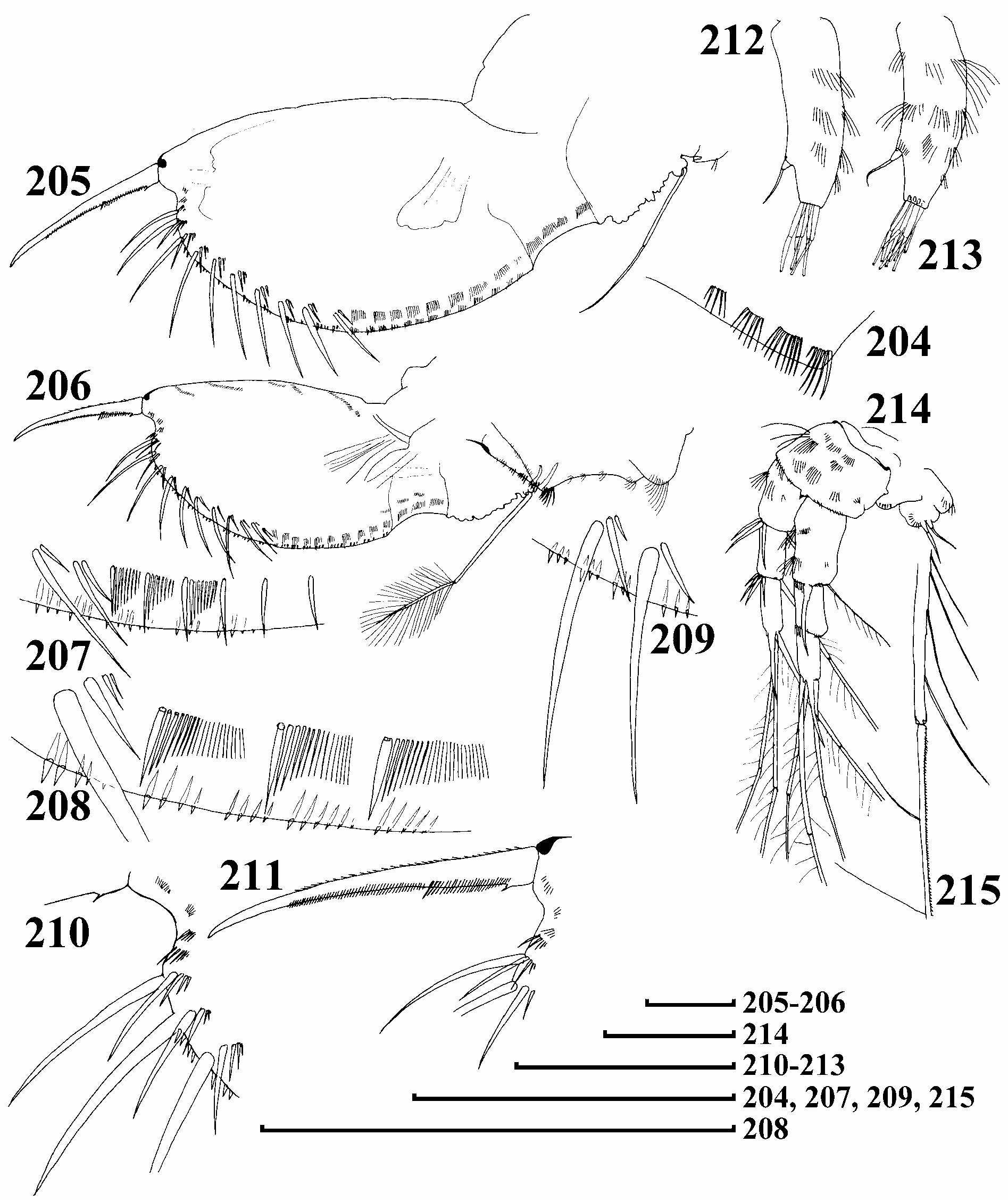