This is generally considered to be a warm temperate and subtropical species recorded from the eastern and western Atlantic, western Pacific, Mediterranean and Red Sea ( Hayward and Ryland 1999; Tilbrook et al. 2001; Tompsett et al. 2009). In Brazil S. errata   has been previously recorded in an ecological study (São Paulo State) ( Morgado and Tanaka 2001). In the study area it has been found at Macaé, Arraial do Cabo, Guanabara Bay and Sepetiba Harbour.

Schizoporella pungens ( Canu and Bassler, 1928)   resembles S. errata   , their measurements overlapping and colony shape and colour being similar. However, Winston (2004, 2005) mentioned distinct differences, with S. pungens   having a wider and shorter orifice, narrower sinus, smaller and blunter avicularia, and an ancestrula with an ovoidal membranous area.

Despite the great confusion in the identification of Schizoporella species   worldwide ( Hayward and Ryland 1995; Soule et al. 1995; Winston 2005; Tompsett et al. 2009), the Brazilian material agrees well with S. errata   because of characteristics of the orifice, including the sinus, the avicularia and the presence of large pseudopores in shallow depressions on the frontal wall.

A detailed review of the Schizoporella species   recorded from Brazil must be done to confirm the correct identities of the species which occur along the Brazilian coast. 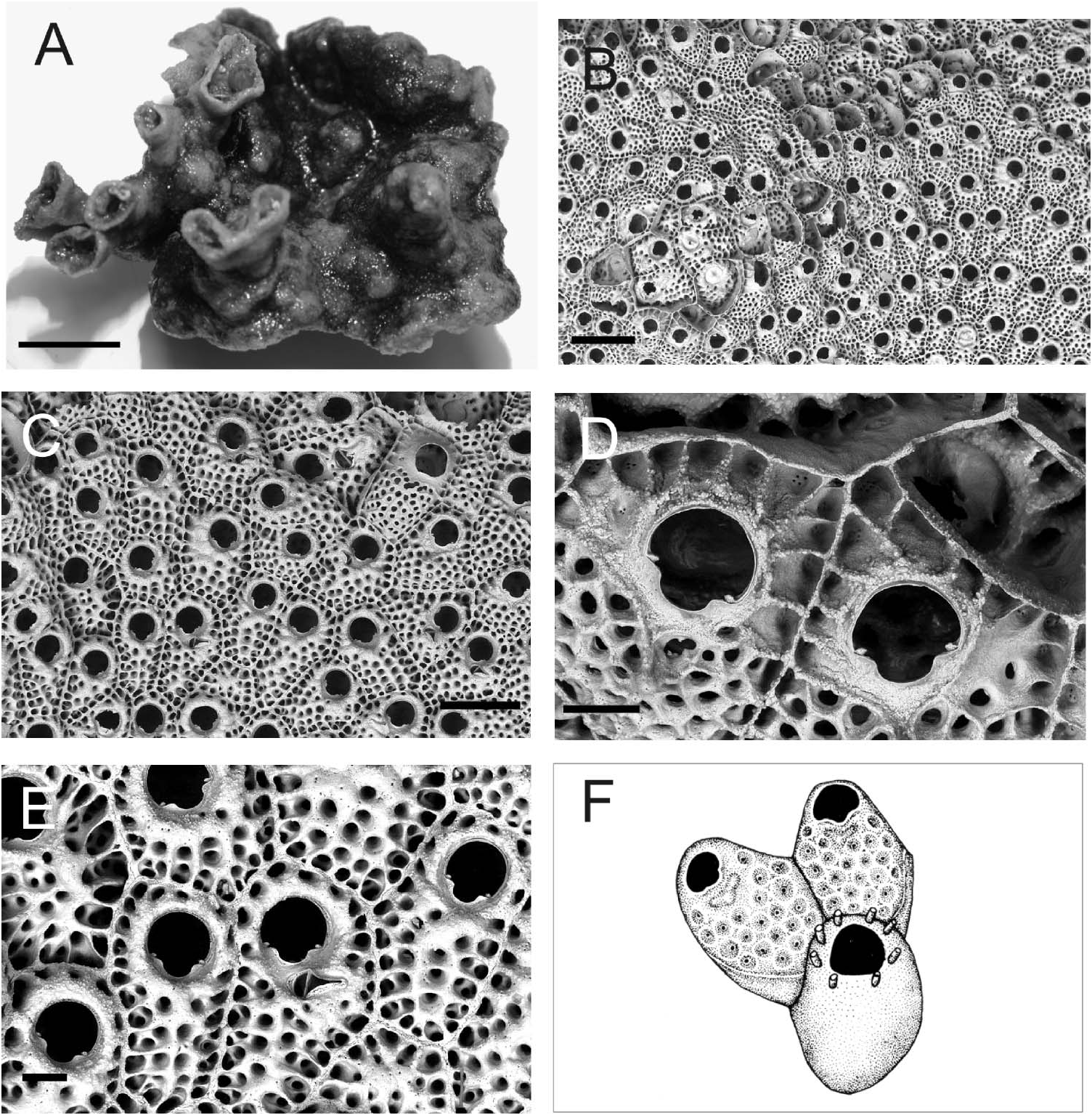