Song. Described and figured under H.? stuhlmanni in Hemp et al. 2017  : “In the single recording”..available..“the animal sang continuously for about 40 seconds, increasing very slowly in amplitude. During this time two impulse groups were continuously repeated at a rate of about 7 Hz, however, slightly changing their amplitude modulation”. The song can be downloaded from BioAcoustica at http://bio.acousti.ca/node/10298.

Derivatio nominis. Named after Dr. D. Ragge acknowledging his many valuable studies on the African Tettigonioidea (for a list see Ingrisch & Willemse 2004), especially his great work on Acrometopini  , and his important contributions to Orthopteran bioacoustics, including founding the British Museum (Natural History) Library of Recorded Insect Sounds.

Distribution and similar species. H. raggei  n. sp. is at present known only from the type locality. However, the specimens from Quisoll, the Angolan locality of H. stuhlmanni  ( La Baume 1911; see above), may also belong to H. raggei  n. sp. The centre of the distribution of the genus Horatosphaga  (and the whole tribe Acrometopini  ) is obviously East Africa ( Ragge 1960). Few species are either more widespread, or found only in other parts of Africa. From Angola only three species are known besides H. raggei  n. sp. H. serrifera  is clearly larger (hind femur> 30 mm), H. stylifera (Karny)  differs in the shape of the male subgenital plate (see Ragge 1960) and in H. media Ragge  the Radius sector is dividing near its base and not in the distal half as usually in H. stuhlmanni  and H. raggei  n. sp. (see asterisks in Fig. 4View FIGURE 4).

The identification of a new species from an archived recording demonstrates not only the importance of collections of recorded wildlife sound, but also the benefit of providing researchers with open access to their contents. This is particularly true for the acoustically communicating species of Orthoptera  where song is often the easiest character from which to identify species. 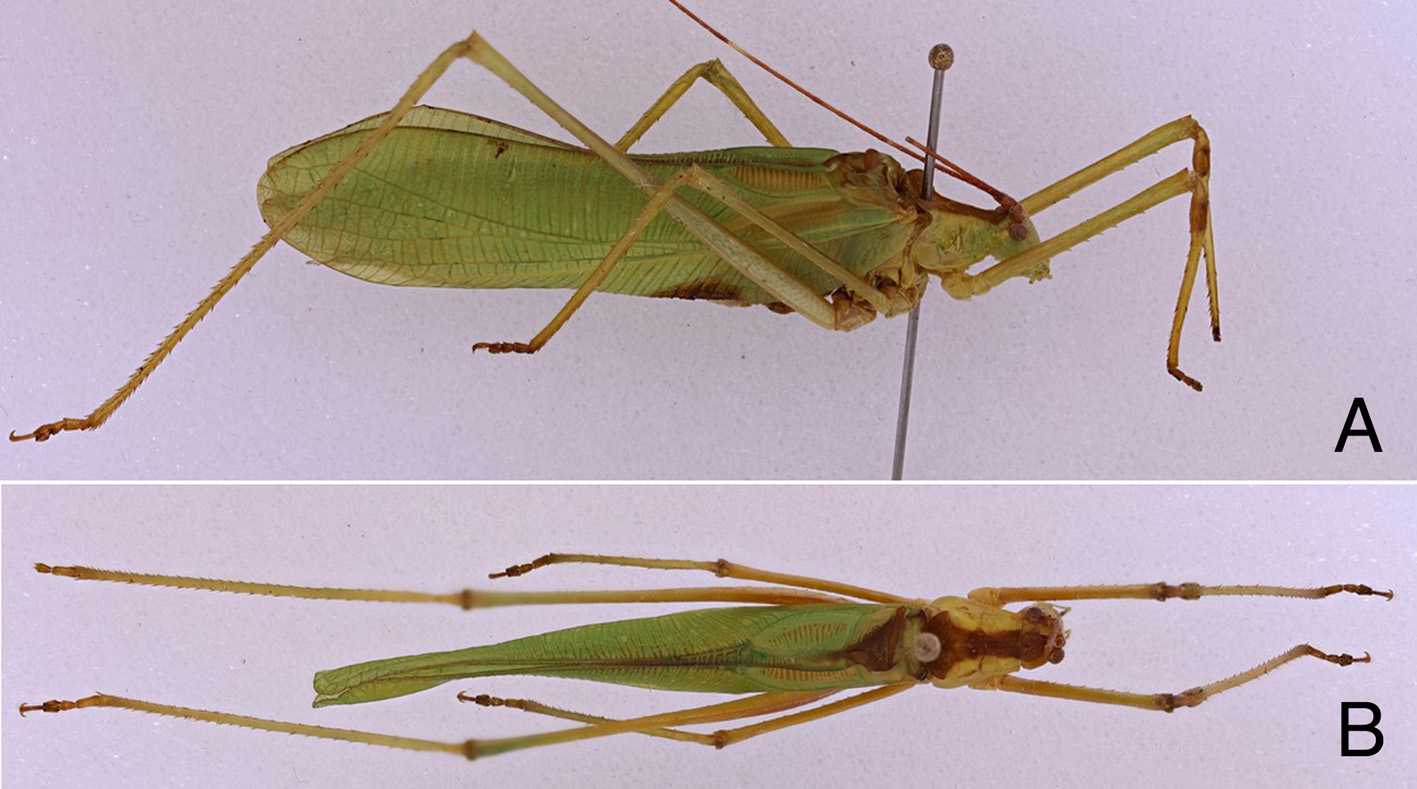 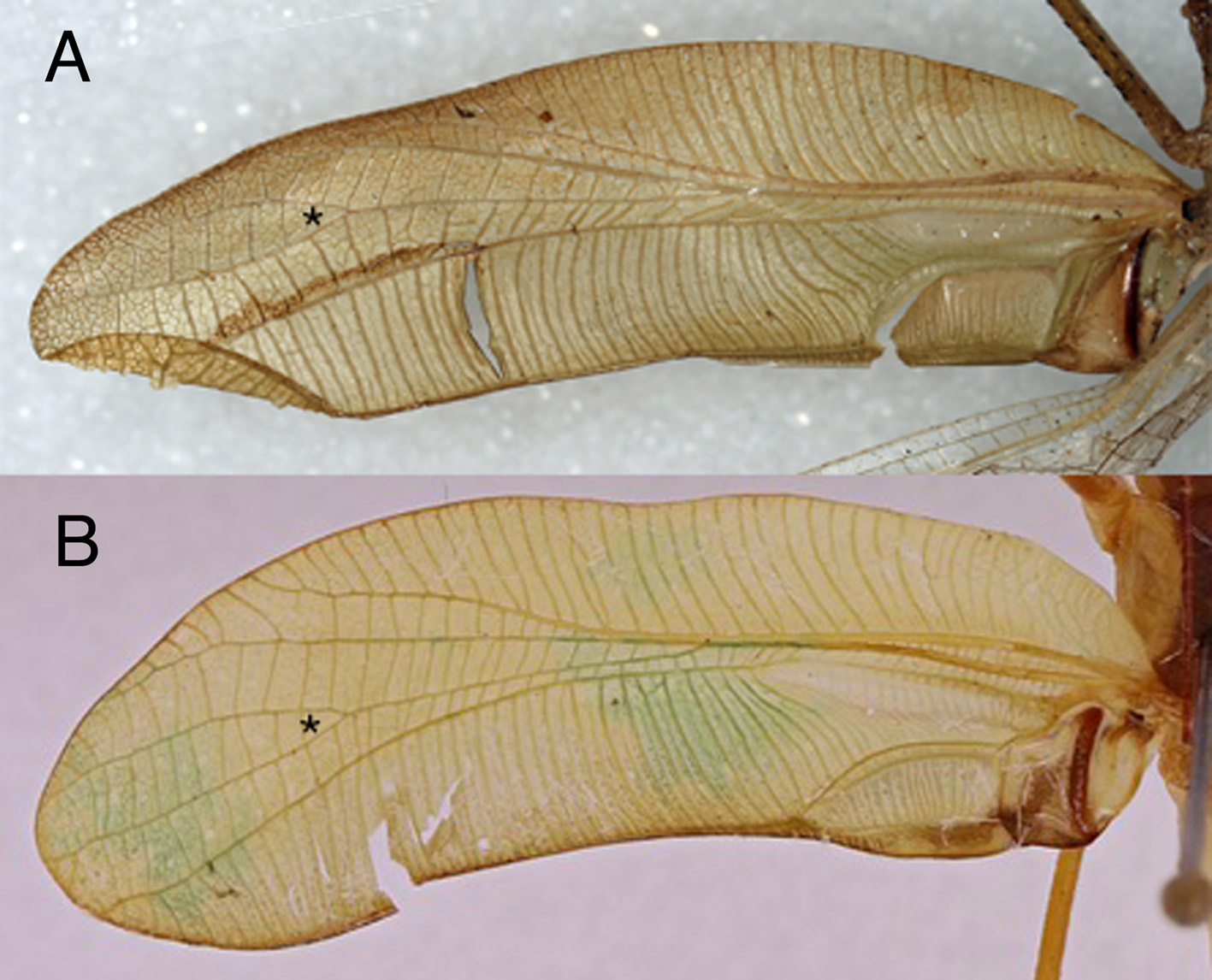 FIGURE 4. Left tegmen of the holotypes of A H. stuhlmanni (mirror image of a picture taken from the lower side) and B H. raggei n. sp. (asterisks mark the division of Radius sector). 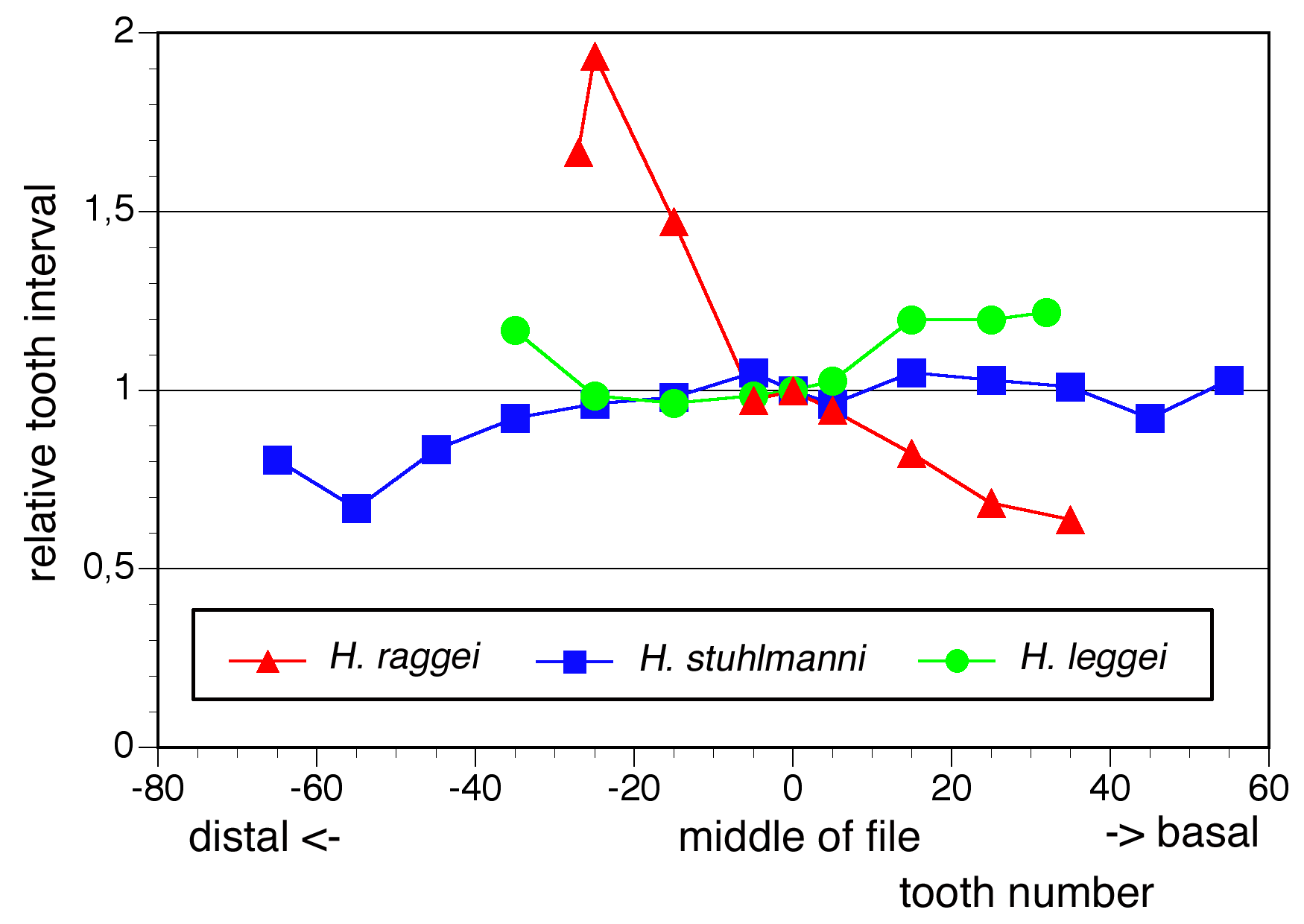 FIGURE 5. Distribution of intervals between the teeth of the stridulatory files in the holotypes of H. raggei n. sp., H. stuhlmanni and H. leggei (interval in the middle of the file set to 1 in each species).