Description. Male. Head ( Fig. 1 View FIGURE 1 B) with ocular tubercle prominent and rounded with compound eye occupying about 60% of its diameter. Asymmetrical dorsal organ immediately to its posterior about two-thirds tubercle height and separated from it by about height of dorsal organ. Rostrum at about 90° to tubercle, broadly rectangular with asymmetrical apex and protruding slightly more than tubercle. Oval ocellus, smaller than compound eye, located dorsally at base of rostrum.

Third and fourth thoracopod similar but endopodite palp with many short setae distally. Other thoracopods similar to fifth, but shorter and simpler after tenth.

Telson ( Fig. 1 View FIGURE 1 C) with about 11 pairs of spines in the posterior rows, with anteriormost spine a little larger than the next few, remainder even in size and placement. Spines with few spinules.Telsonic filaments originating from mound little higher than the dorsal floor of telson, positioned near third spine. Dorsal floor of telson posterior to mound with steep declivity to slightly convex surface leading to base of cercopod. Cercopods slightly shorter than dorsum of telson, basal 40% with about 8 spines shorter than basal diameter of cercopod, and apical 60% narrowing evenly to sharp apex and bearing many small denticles. Transition marked by small spine. Some spines slightly longer and plumose, others spines shorter and naked. Ventroposterior corner of telson rounded, and hardly protruding.

Females from the Maroubra site. Head ( Fig. 1 View FIGURE 1 G) similar to that of males, but with smaller rounded rostrum and only about 3–5 lobes on first antenna. Carapace ( Fig. 1 View FIGURE 1 B) in mature individuals more vaulted dorsally, often brown all over or at least in upper part; usually with many growth lines, often about 7–9. Trunk with 1 7 or sometimes 18 segments, with usual spines/setae on dorsum of segments X–VII, thoracopods of segments IX and X with dorsal flagellum to hold eggs. Telson ( Fig. 1 View FIGURE 1 H) with about 15 spines (range 14–18) of various sizes; telsonic setae usually inserted after 3rd spine; cercopod with about 8 spines of various lengths, all shorter than basal diameter of cercopod; longer spines fully plumose, shorter ones plumose only apically.

Variability. This is considered by examining between 5 and 8 males from each of five sites (Bundeena, AM P98991 View Materials ; Jerramangala Lookout, AM P98992 View Materials ; Kanangra Walls, AM P98990 View Materials ; near Mt Hay, AM P98993 View Materials ; Warrah Biological Station, AM P55644 View Materials ) in the distribution area and then drawing a typical individual ( Figs. 3 View FIGURE 3 , 4 View FIGURE 4 insert, Tab. 1). Generally, the rostrum protrudes a little more than the ocular tubercle and while it tends to be triangular, its thickness varies; at Bundeena it is roughly rectangular. The first antenna is always slightly longer than the peduncle of the second antenna and the lobule numbers vary between 6 and 7. The number of antennomeres of undamaged second antenna also varies in the dorsal flagellum (10 or 11) and in the ventral flagellum (11 or 12). The number of telsonic spines varies greatly, from 7 to 13, and also the placement of the telsonic setae from between second and third spine to between fourth and fifth spines. The spines may have few to many denticles but are inerm. The cercopod always has entire spines rather than articulated plumose setae as in most Paralimnadia   , but numbers vary from 4 to 9, as does their adornment from being inerm to having many setulae. However, the spines are either subequal to or shorter than the basal cercopod diameter. Finally the claspers show little variation; all have a prominent triangular projection dorsomedially on the palm and palps not much longer than the palms, and the second palp is almost always 3-articulate, but in one case, this palp was only 2-articulate. The carapace varies from being completely opaque and brown to being pellucid, except for a line of brown dorsally.

Telsonic spines 7 8 13 11 9 Bishop   (1967a) studied the variability in the number of telsonic spines within and between pools and between four widely separated sites (Kanangra, Warrah, also North Head and Belrose). He noted a range of 6 to 17 in 494 specimens which was not environmentally determined, but which he thought was more likely genetically explained.

Given the above analysis, King’s (1855) characterisation of P. stanleyana   as having a large palp with two palpomeres and the telson with about 11 posterior row spines is clearly too narrow a description. Sars’ (1896) more detailed description mentions 10 ‘dorsal spines’ in the posterior spine row and confirms the triple articulation of the large palp of the second clasper. His drawings ( Fig. 1 View FIGURE 1 J–L) show a palp of three palpomeres, a first antenna with five lobes, and an equilateral triangular rostrum. This variability P. stanleyana   is confounding.

Remarks. This species was the first limnadiid clam shrimp described from Australia and is often mentioned in early papers. The brief description by King (1855) was enlarged by Claus (1872) and well expanded and illustrated by Sars (1895) (who misspelt Eulimnadia   as Eulimadia). Although Sars (1895) concept of P. stanleyana   is used today, the brevity of King's original description could apply to other species of the genus including P. s o rd i d a ( King, 1855), which occurs in the same area and itself lacks type material. The original material of P. stanleyana   , which by default constituted the type material, is lost. The original collecting site is at Coogee, 3 km north of previous environs similar to Maroubra ( King 1855), but no collections exist from this site and the area has long been completely modified to remove any swamps or temporary pools. Therefore, a neotype corresponding to Sars (1895) concept of P. stanleyana   is herein designated from Maroubra Bay to fix the identity of the species in line with common usage.

Sars (1895) suggests P. stanleyana   might be synonymous with Estheria compressa Baird, 1860   , from India. This is untenable, however, as E. compressa   has a spine at the ventroposterior corner of the telson ( Rogers & Padhye 2015; Rogers et al. 2016) and its egg is very different, with the surface consisting of pentagons rather than bands of rectangular depressions ( Rabe 2010; Rogers et al. 2016).

Distribution and ecology. Paralimnadia stanleyana   occurs throughout the Sydney basin, currently only in pools (= gnammas) on sandstone surfaces ( Timms 2006) ( Fig. 5 View FIGURE 5 ). At European settlement it also occurred in sandy substrates of the Botany swamps and among coastal dunes at Coogee and Maroubra ( King 1855; Sayce 2003; Henry 1924), but these sites have since been fully urbanised, drained (beach dunes, some Botany swamps) or made permanent (some swamps at Botany).

Much is known about the ecology of this species due to the work of Bishop   (1967a, b; 1968a, b; 1969). In summary, P. stanleyana   inhabits temporary rainwater pools that fill unpredictably and irregularly. Its eggs diapause during the dry winter and remain quiescent until temperatures rise and water is present. Active stages are only present during warmer months. In the Kanangra pools, nauplii eat Gymnodinium   and immatures eat Scenedesmus   . Larvae grow quickly and adults can live up to four months, but usually die sooner because pools dry. Populations cannot survive in pools that do not contain water long enough for the species to accumulate a reserve of eggs. Only some eggs hatch with each pool filling because, according to Bishop   (1967b), only some are in a position where darkness and low oxygen are not inhibitory. Dispersal powers are low ( Bishop   1967b). 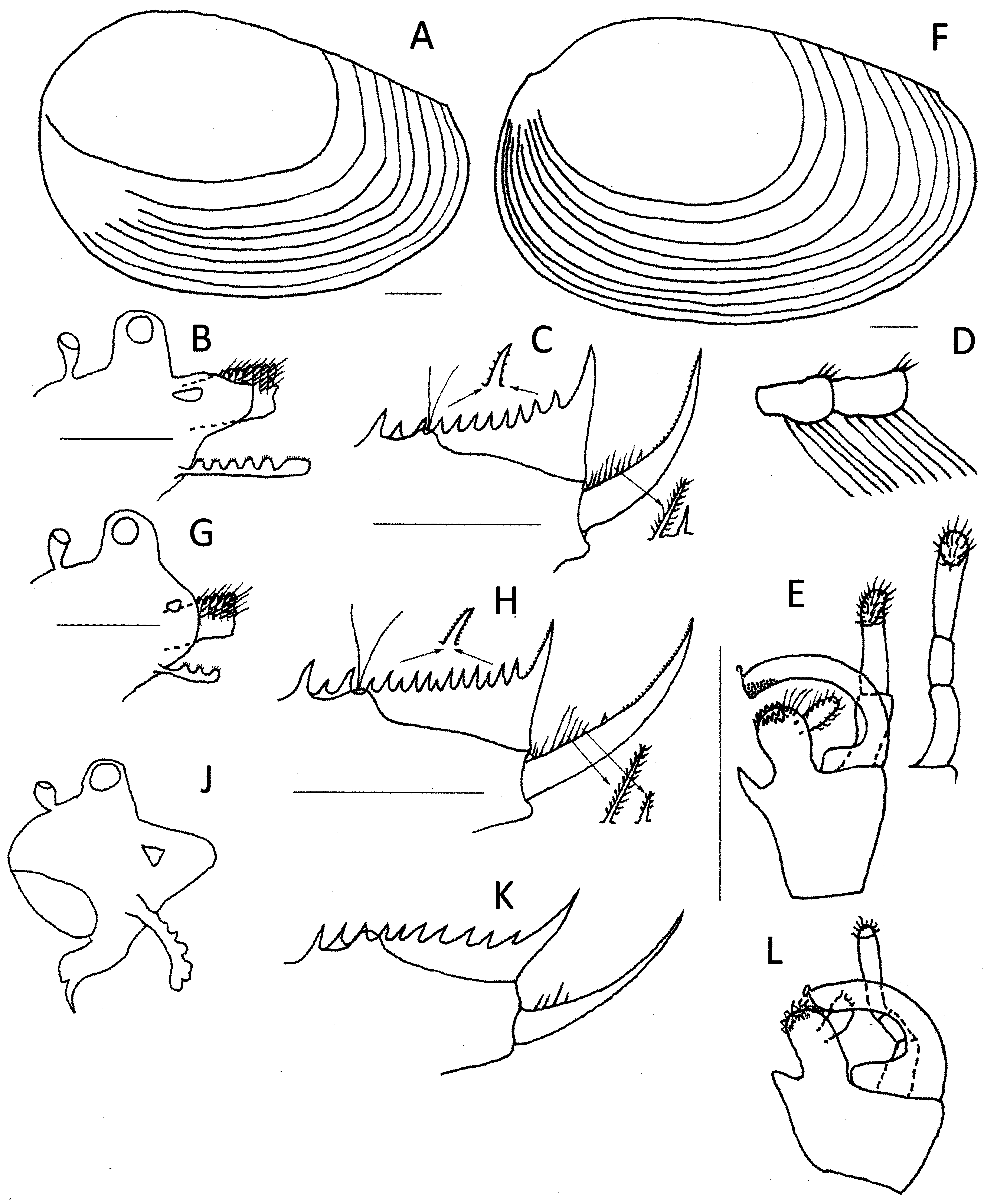 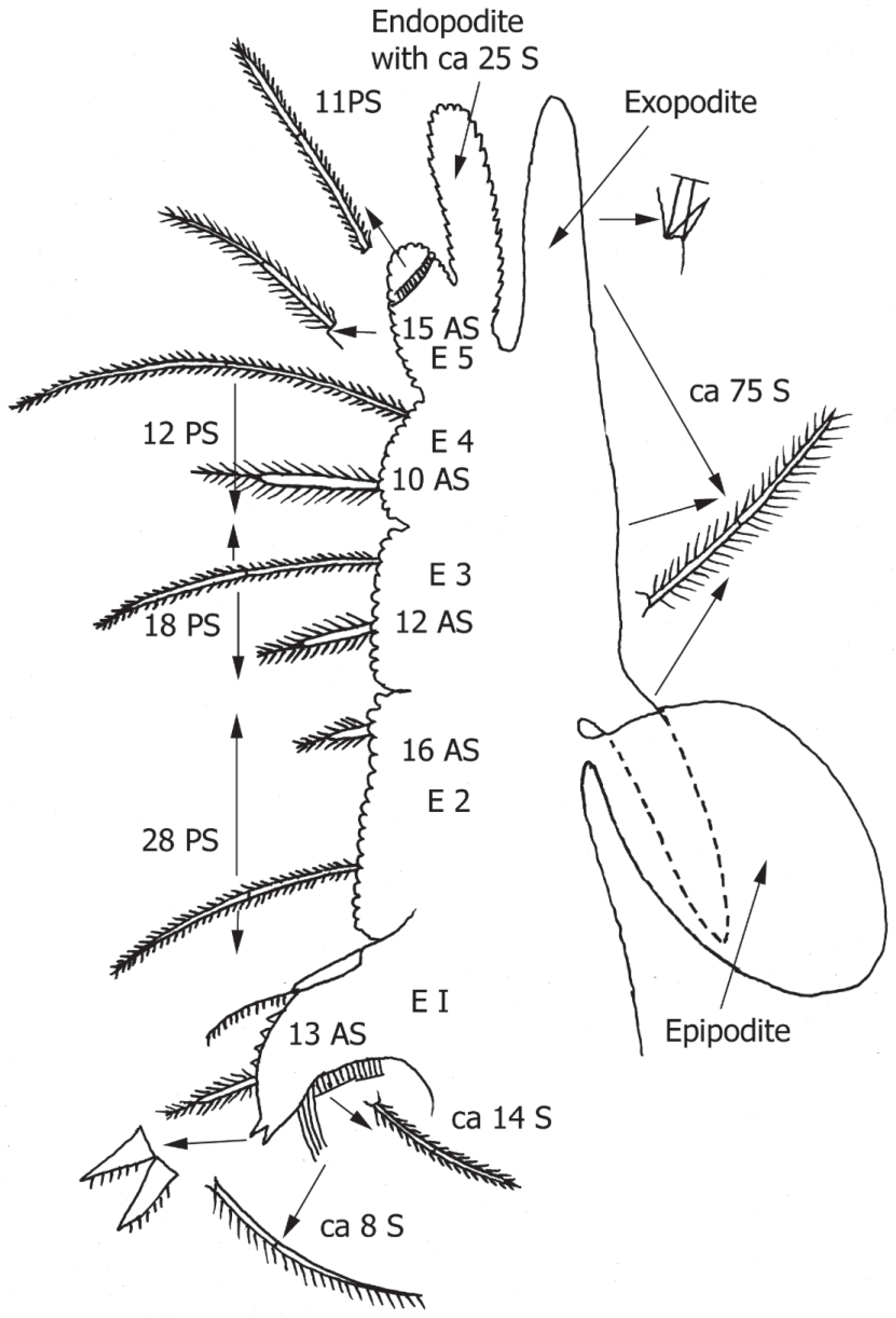 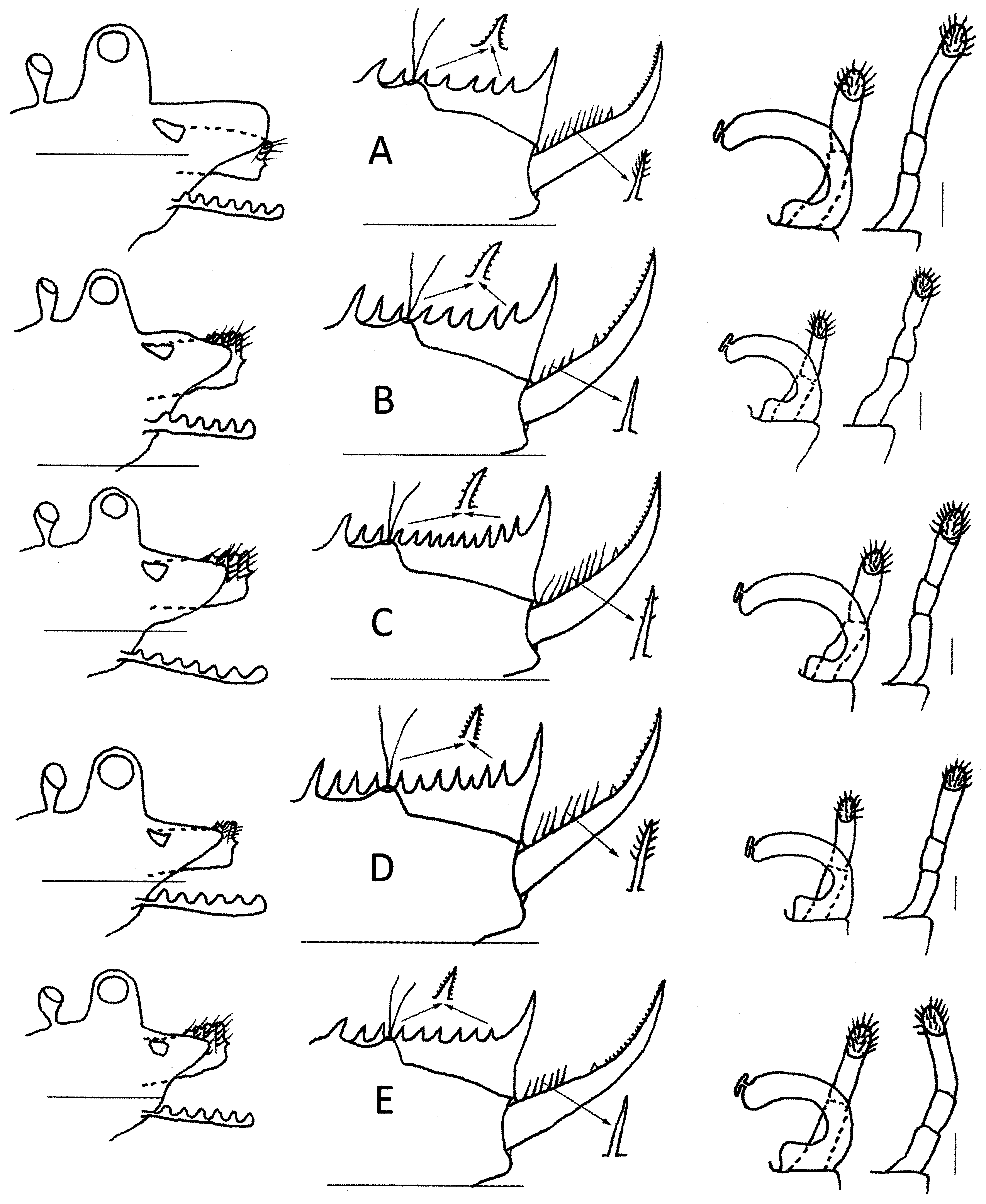 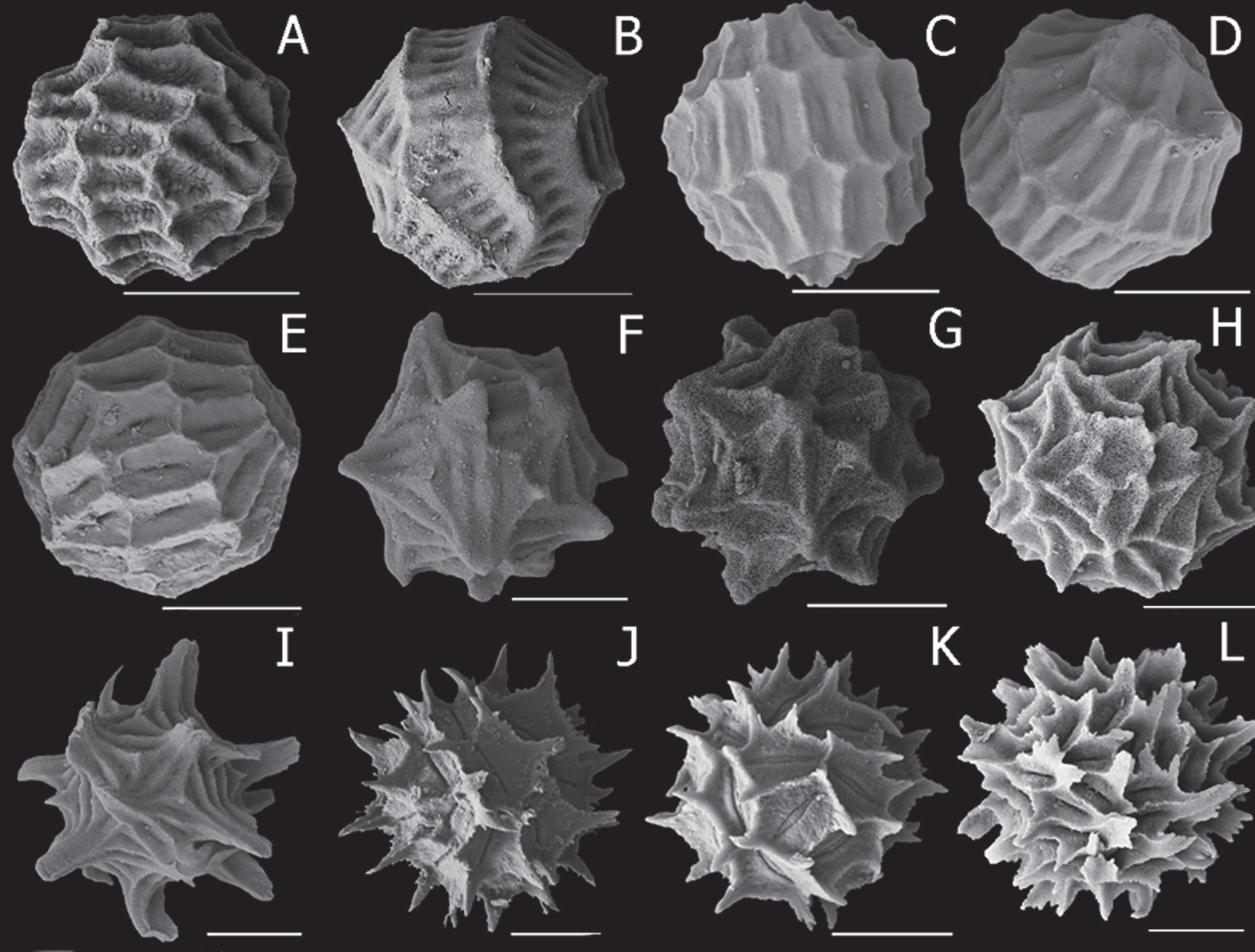 TABLE 1. Variation in some morphological characters in males of P. stanleyana from five sites around Sydney (see also Fig. 2).