Aegidium minor   is similar to Ae. cribratum   and Ae. asperatum   in the shape of the aedeagus but differs from them by the parameres having small sensory areas apicad of lateral teeth ( Figure 16 View Figure 16 (b)). From the former species it also differs in having more protruding anterior angles of frontoclypeus, and from the later by sparser punctation of elytra.

Anterior margin of frontoclypeus slightly convex in middle, slightly sinuate each side of medial convexity, with strongly protruding anterior angles, without distinct border or slightly upturned. Frontoclypeus punctate with rounded punctures separated by about 1–2 puncture diameters.

The species is known from a few localities in the western Ecuadorian Andes ( Figure 15 View Figure 15 (g)). 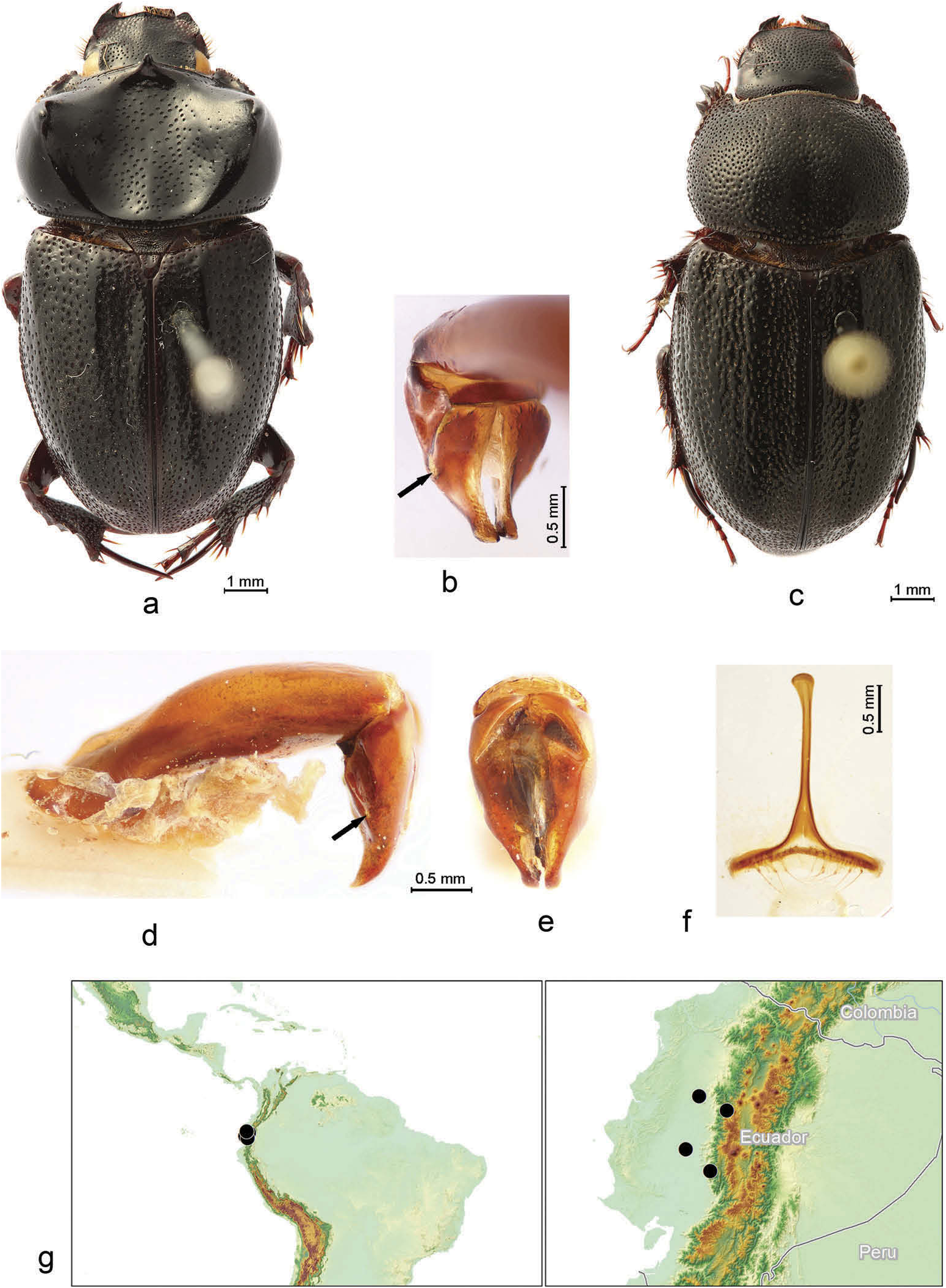