Description (male, female). Agreeing with generic description given above; size slightly smaller than that of most Paranomina   species.

Head slightly shorter and more rotund in profile than that of P. stuckenbergi   and related species; cephalic chaetotaxy typical of genus.

Notes. Paranomina hendeli   is, on the average, smaller than other species of the genus, and is probably consistently smaller than P. unicolor   . The usually more greyish toning of the thoracic pleura (at least for the non-tropical populations) is somewhat different from that of the tawny-yellow pleural coloration of the partly sympatric P. danielsi   and P. stuckenbergi   , and the slightly darker greyish brown shading of the ventral half of the humeral callus of P. hendeli   is absent in those two species. This condition of P. hendeli   is distinct from the dark brown spot on the lower part of the humeral callus present in P. mouldsorum   . As indicated above, the form of the surstylus and the aedeagal complex enables accurate identification of males of P. hendeli   , including those from tropical populations.

The specific epithet refers to Friedrich Hendel, the original author of Paranomina   and basic contributor to the systematic study of Lauxaniidae   and other dipterous families. 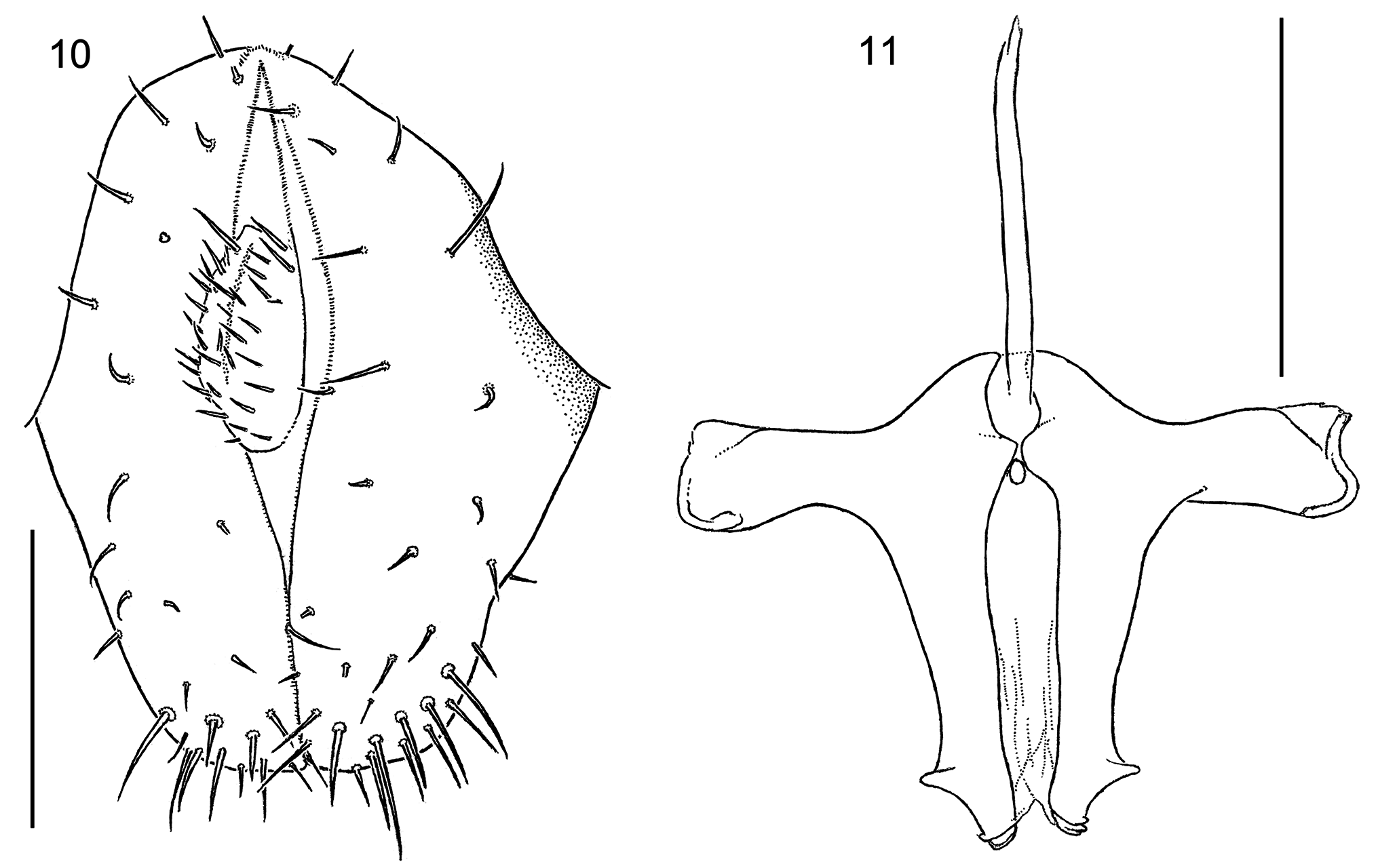