Remarks. A valid species. Original description from porcupine fish, Diodon sexmaculatus  (= D. holacanthus  ) ( Oken 1816); redescription from the same host species, Ceylon ( Kirtisinghe 1932; Fig. 7View FIGURE 7). Considered incorrectly as infesting two host genera: Lophius  and Diodon ( Wilson 1917)  . The history of P. diodontis  was often confused with that of P. sagitta ( Wilson 1917)  , however, P. diodontis  reported from Lophius  was an error of Blainville (1822) based on a poor description and incorrect host identification; P. diodontis  is in fact a parasite of porcupine fish ( Diodontidae  : Diodon  ) and P. sagitta  is found so far only on frogfish (Antennaridae: Histrio  , possibly Antennarius  ) ). Lasarus and Sreenivasan (1977) reported P. diodontis  from the moorish idol (Zanculus canascens (= Z. cornuta) in the Indian Ocean. The single habitus figure and brief description are not sufficient to confidently place their specimens (eight) in P. diodontis  . However, the size of the parasite (26mm) and the cephalothoracic papillae (few small at center, and larger branched papillae around the cephalothorax periphery) are reminiscent of the species. As a parasite of Diodon  , P. diodontis  is a small species with uniformity in most structures between specimens ( Hogans 1988a), however, its cephalothoracic papillae may vary slightly in arrangement and number depending on the individual parasite ( Hogans 1988a; Heegard 1943). 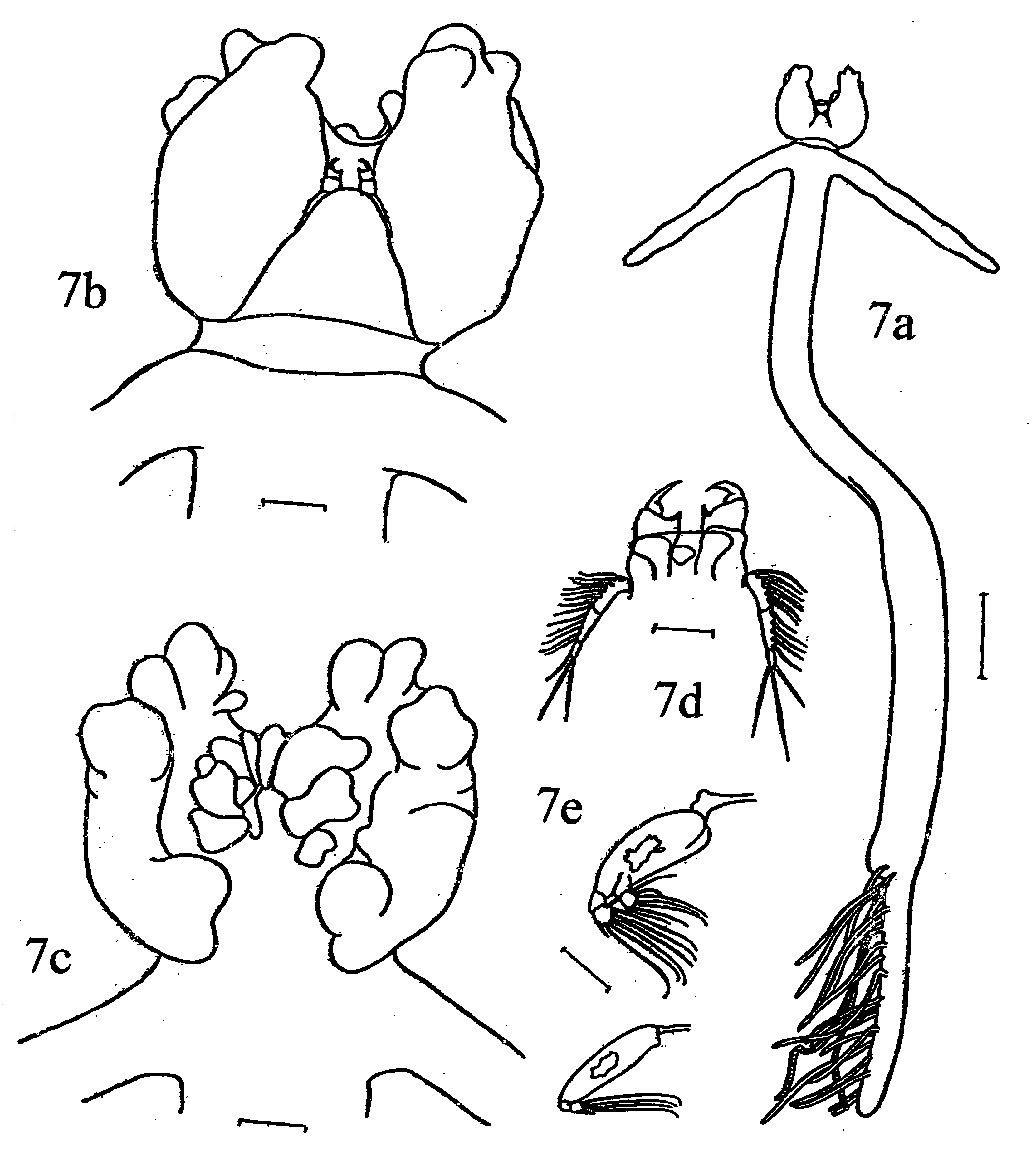