Diagnosis. The dorsal shield is reticulated, bearing three pairs of solenostomes. All dorsal setae are smooth except for Z4 and Z5; peritreme extending to level of setae j3; sternal shield with two pairs of setae; ventrianal shield with four pairs of pre-anal setae and with pre-anal solenostomes; fixed digit of chelicera with three teeth and movable digit with one tooth; calyx of spermatheca bell-shaped and atrium incorporated with the calyx; genu II with eight setae.

Etymology. The name of the new species karaisaliensis   is derived from Karaisali municipality where it was found.

When compared with related species, great majority of dorsal setae are longer in the new species. For comparison of the setal lengths, the abacus proposed by Tixier (2012) was applied to the measurements of the five other species to calculate the lower and the upper limits. The non-overlap 95% confidence limits with the measurements of the new species suggested that this species is different from the others. 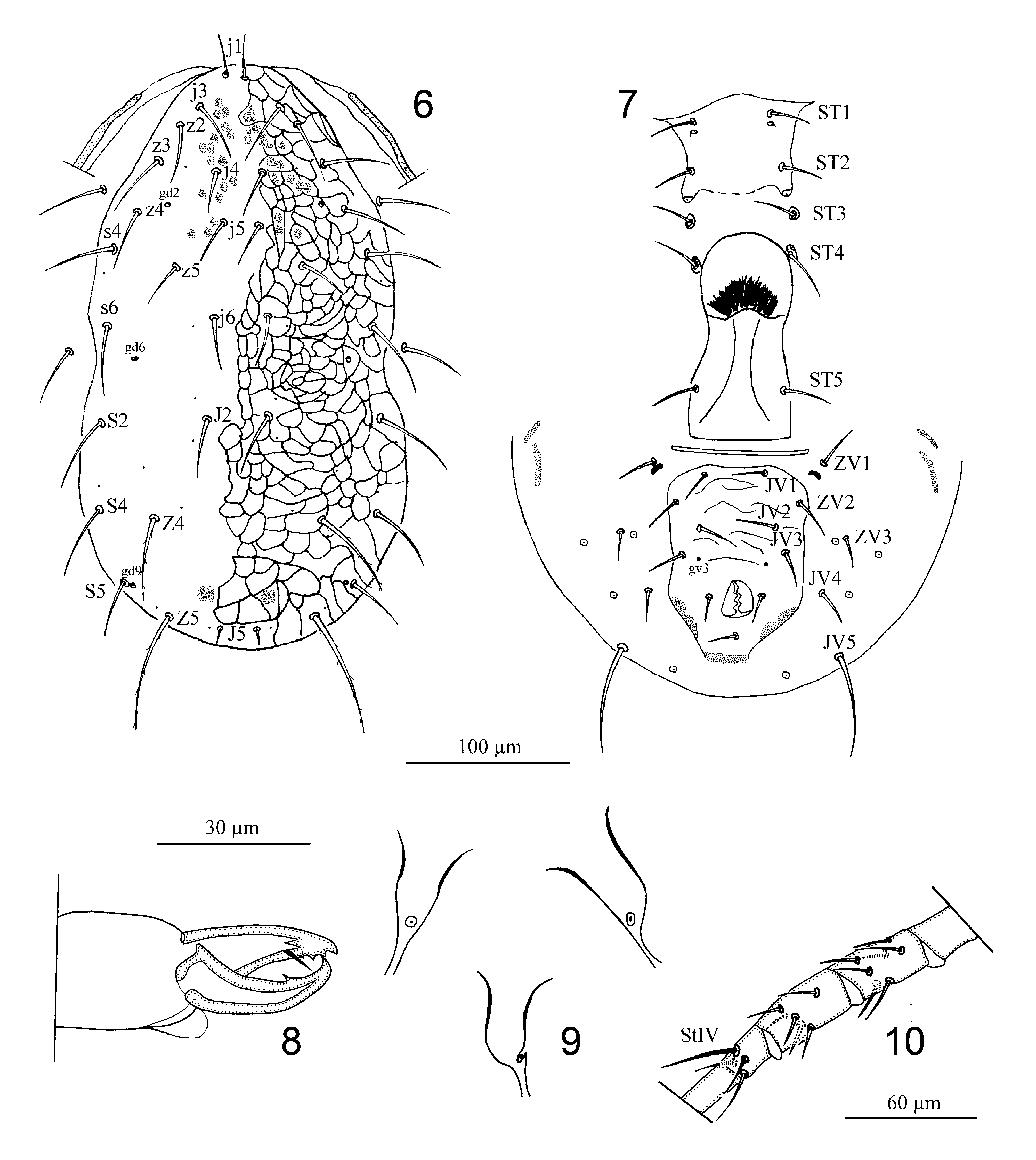