Diagnosis. Agnippe   and some species of Aristotelia   have a similar wing pattern, but Agnippe   differs by the forewing having R 5 and M 1 stalked and M 2 and M 3 stalked, and the male genitalia having a split valva and a dorsal part of gnathos ( Fig. 25 View FIGURES 25 – 29 ).

Notes. Chambers (1873 a) differentiated Evippe   from Agnippe   based on the absence of R 1 in the forewing (termed the first subcostal branch), but he mentioned his uncertainty in naming this genus. Although R 1 is absent in the male of the type species, E. prunifoliella   , this vein is present in the female as well as in the female of A. crinella Keifer. Busck   (1906, fig. 1) illustrated a male forewing of A. evippeella Busck   that lacks R 1. Male and female genital characters indicate all species belong to one genus. 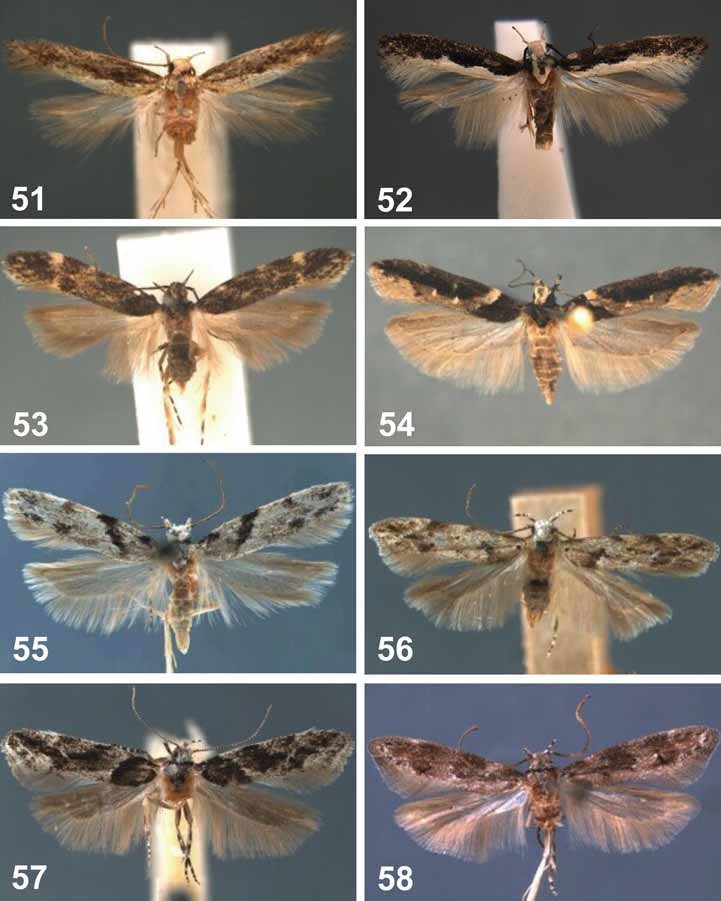 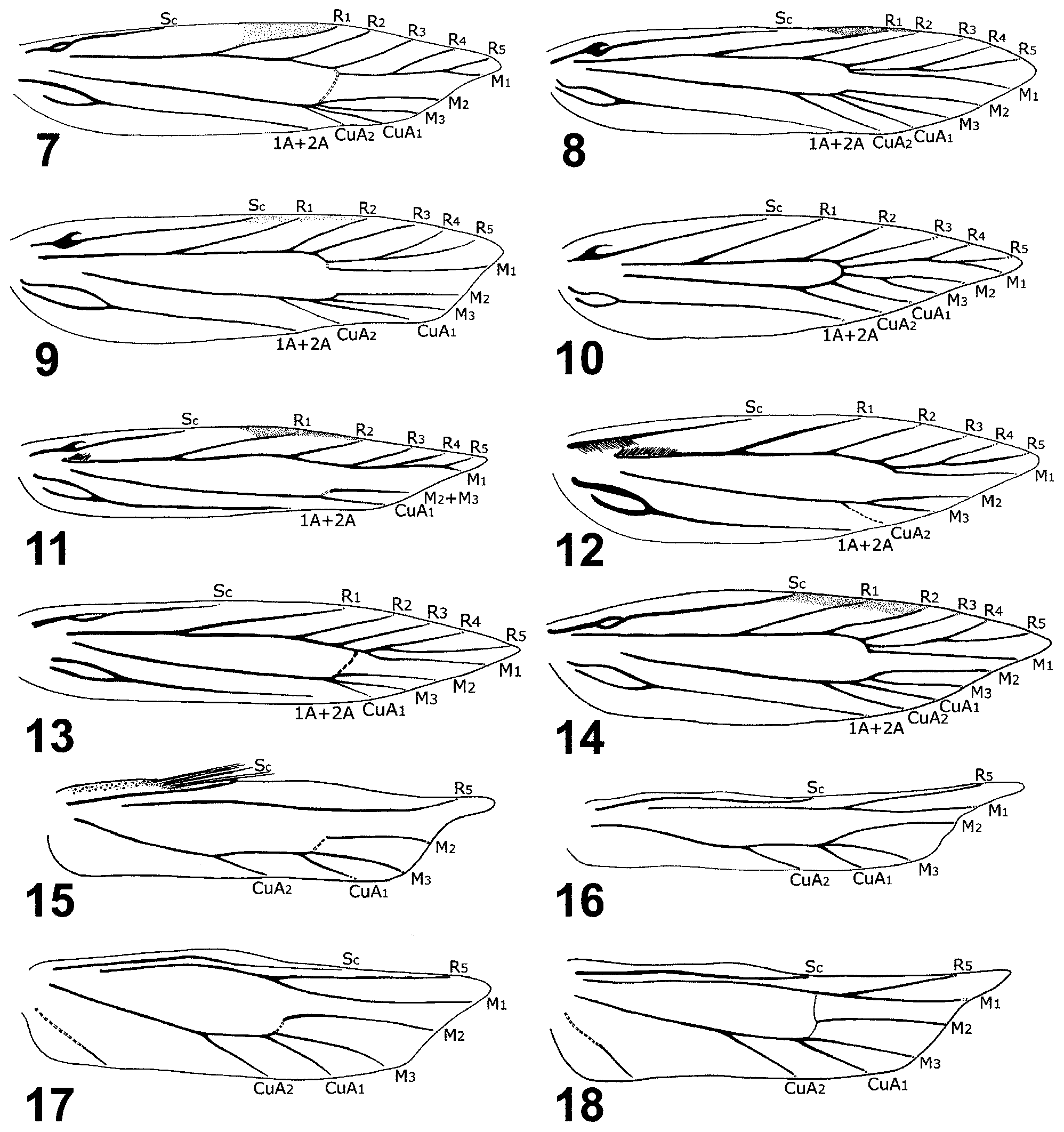 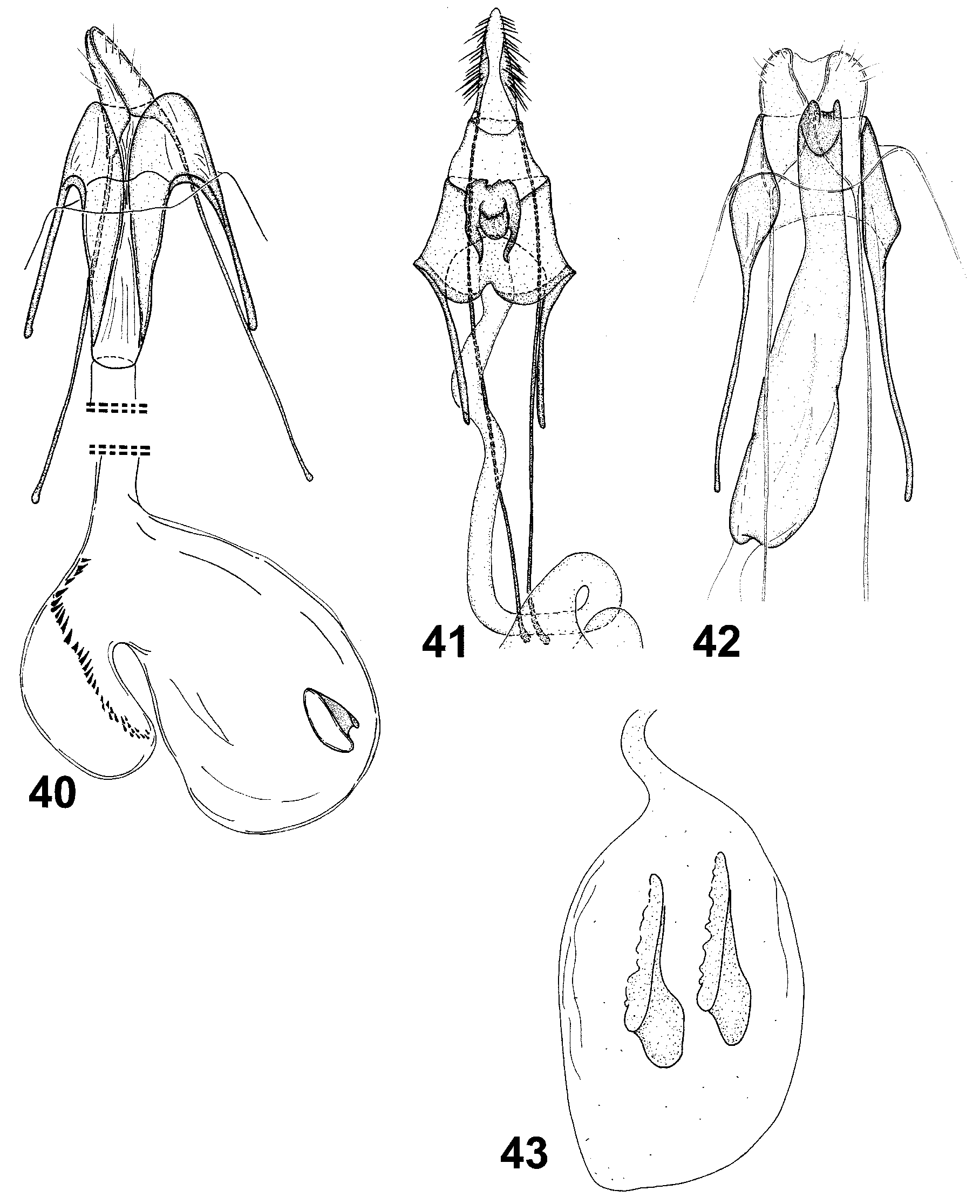