Diagnosis. FEMALE. This species can be separated from other species of group 2 by the following combination of characters: frons and vertex with weak and long carina medially, but without any grooves; scutellar scale narrow, as broad as diameter of nearby punctures, posteriorly turning into median longitudinal carina extending through propodeal face; T1 without apical band of setae; S1 yellowish red; T2 and S2 polished among punctures and strongly shining; S2–S3 each with apical narrow band of dense, appressed pale golden setae. 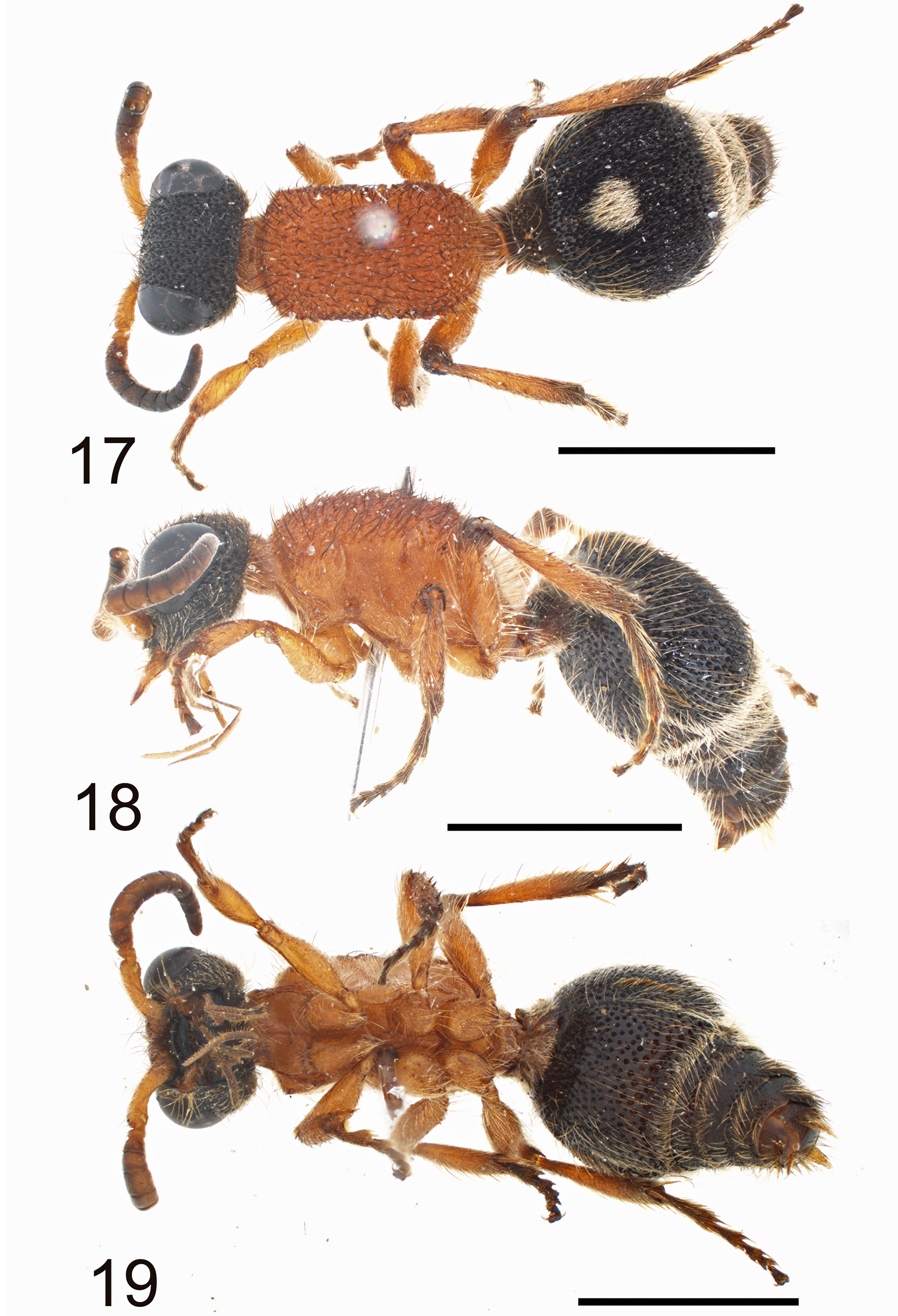 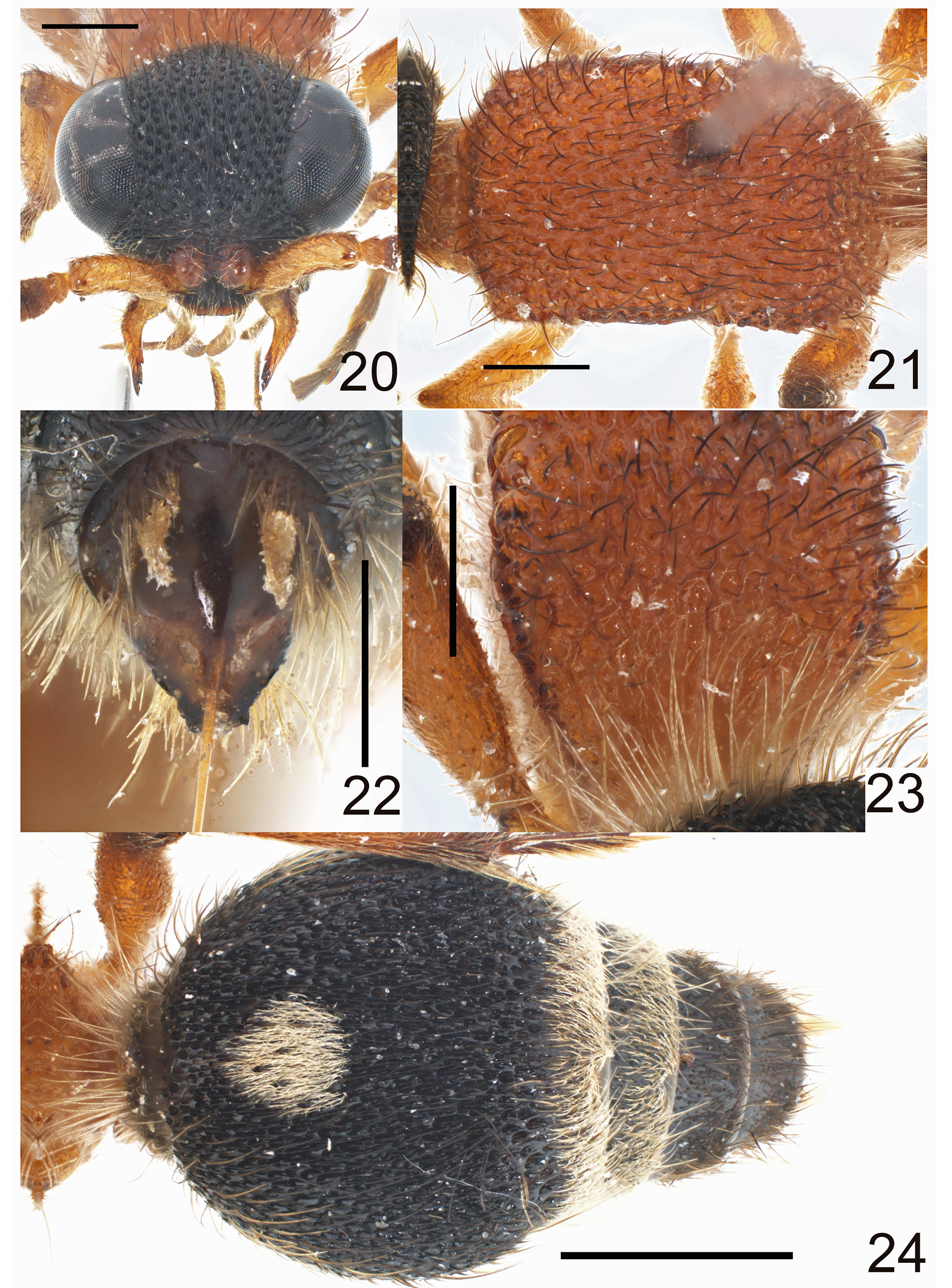