Diagnosis. FEMALE. This species can be separated from other species of group 2 by the following combination of characters: scutellar scale narrow, about twice the diameter of nearby punctures; propodeum without median longitudinal carina; S2–S4 each with apical narrow band of golden setae. MALE. Unknown.

Mid- and hind tibiae each with two parallel longitudinal row of spines on outer face; claws simple, without denticles.

Etymology. The specific name ohbayashii  is dedicated to Dr. Nobuo Ohbayashi, a well-known expert of longicorn beetles ( Coleoptera  : Cerambycidae  ), who collected the type specimen during his expedition to China. He is also a devotee of mutillids and skillful in collecting them. 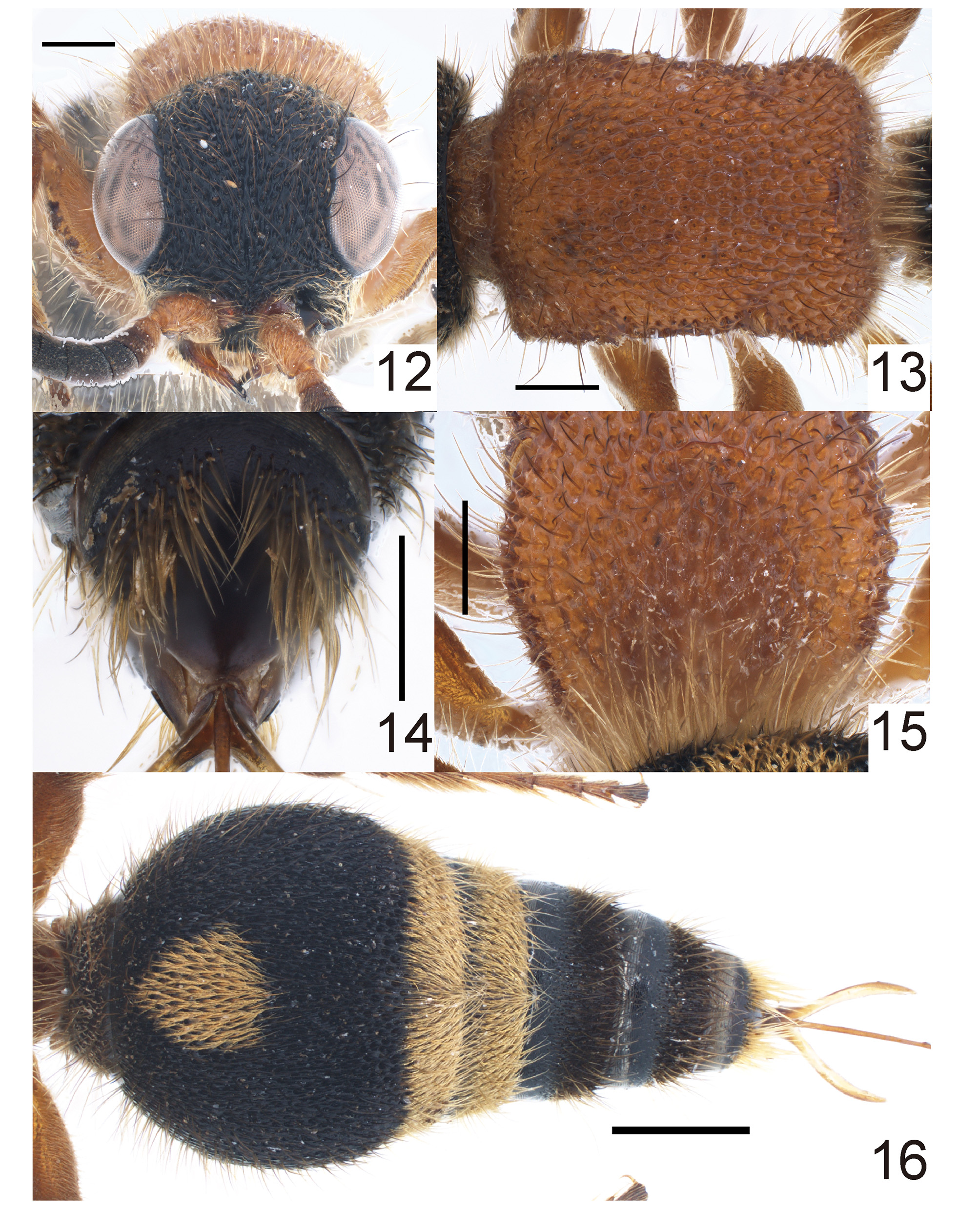