Named for Dai Herbert, Malacologist at the KwaZulu-Natal Museum for 33 years, in recognition of his expertise in South African molluscs and in acknowledgement of his mentorship.

OPERCULUM ( Fig. 12 View Fig G–H). Duplex, outer portion shallowly concave and consisting of multispiral lamella with 4.5 whorls, each step-shaped and increasing in height towards outside, sloping at growing edge; very long fringe of fused bristles emanates near top of lamellar blade with a slight groove between fringe and lamellar blade; lamellar blade does not project above level of fringe; fringe of each whorl fused to lamella of following whorl.

RADULA ( Fig. 12F View Fig ). Rachidian with five cusps, central one approx. twice length of outer two on each side; first lateral tooth with four cusps and a vestigial fifth, third cusp (from centre) the largest; second lateral tooth with two very large cusps and two small ones on the outer side (outermost sometimes vestigial).

The shell is less depressed than in the majority of other species of Chondrocyclus   . The population of C. alabastris   at Gamtoos River mouth has similar proportions but the periostracal flanges are serrated. The periostracum of C. herberti   sp. nov. is distinctive; the flanges have broadly rounded apices and an unserrated margin. C. convexiusculus   also has similar proportions and widely spaced costae, but the shape of the flanges as well as the radulae, distinguish the species. The operculum of C. herberti   sp. nov. is more concave than that of C. alabastris   and lacks the furrow between the vertical portion of lamellar blade and fringe.

Chondrocyclus herberti   sp. nov. is known only from the narrow valley of the Baviaanskloof, in isolated patches of relatively dry thicket and in thicket/fynbos transitional areas. C. herberti   sp. nov. and C. alabastris   have not been recorded sympatrically, although they occur in steep-sided river valleys in close proximity to each other ( Fig. 9 View Fig ). Both of these valleys are tributaries of the Gamtoos River, a postulated dispersal corridor between the coast and the Baviaanskloof ( Geldenhuys 1997). Watersheds may have been significant barriers to gene flow for thicket plant and insect species during glacial periods as thicket retracted downward into catchment valleys and survived in isolated refugia ( Price et al. 2010; Potts et al. 2012). Terrestrial fauna with poor dispersal ability were also bounded by watersheds during Pleistocene climate cycling ( Herbert & Moussalli 2010).

When the animals were killed by drowning, they survived for a couple of weeks fully submerged with head and foot extended, which although not quantified, was longer than any other species. Chondrocyclus herberti   sp. nov. can be very abundant; D. Herbert (pers. comm.) who first collected the species at Poortjies, found in excess of 1000 shells per m 2 in a leaf litter sample. 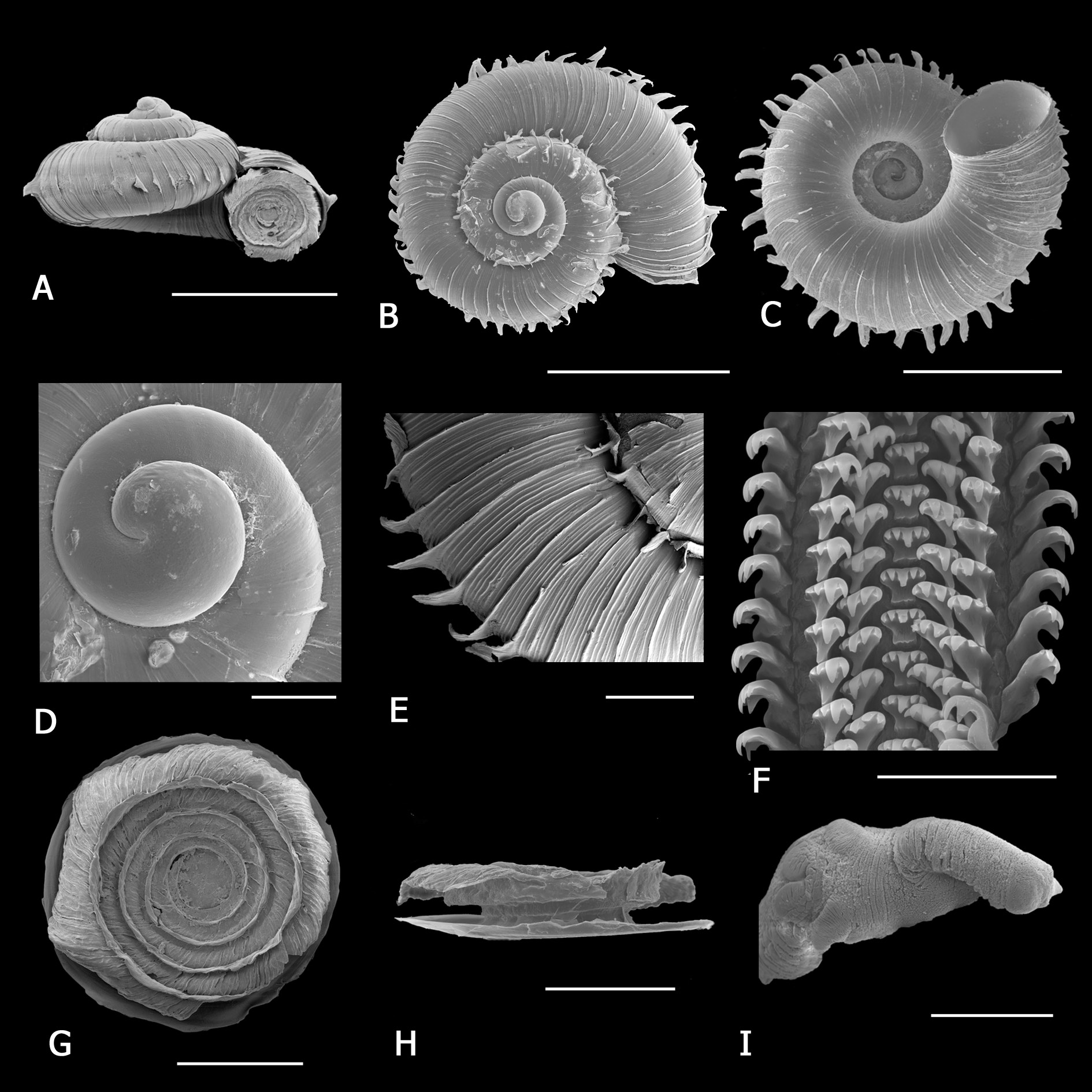