Differential diagnosis: R. minutus   is the smallest known species of the genus and with a body length in mature males of only 22 mm, one of the smallest Spirobolida   species known from Madagascar. The pitch-black colour with a thick dorsal red stripe ( Fig. 27A View Figure 27 ) helps to clearly identify this species. The gonopods of this species are in some aspects similar to those of R. mandenensis   and R. anomalus   sp. n.

Distribution and ecology: this species was only collected in the isolated littoral rainforest on sand in Sainte Luce ( Fig. 25 View Figure 25 ). Only circa 200 ha of this forest will remain after a large scale mining project ( Vincelette et al. 2003, Bollen and Donati 2006). Although officially protected, large scale wood removal and even slash-and-burn agriculture ( Fig. 24C View Figure 24 ) is still ongoing in this forest (own observations in March 2003 and June 2007). The surrounding pseudosteppe is regularly burned, further endangering this forest ( Fig. 24B View Figure 24 ). However, further searches should be conducted in small remaining coastal forests north of Sainte Luce, where this species could also occur. All specimens were found deep in the soil under the wet leaf litter. Disturbed specimens often did not curl into a spiral, but remained motionless and stiff like a stick even when picked up. The giant pill-millipede species Sphaeromimus splendidus Wesener & Sierwald, 2005   and a still undescribed Zoosphaerium   species are currently also only known from the littoral forest of Sainte Luce ( Wesener and Sierwald 2005, Wesener and Wägele 2008).

Etymology: minutus   , adjective, refers to the small size of this species. 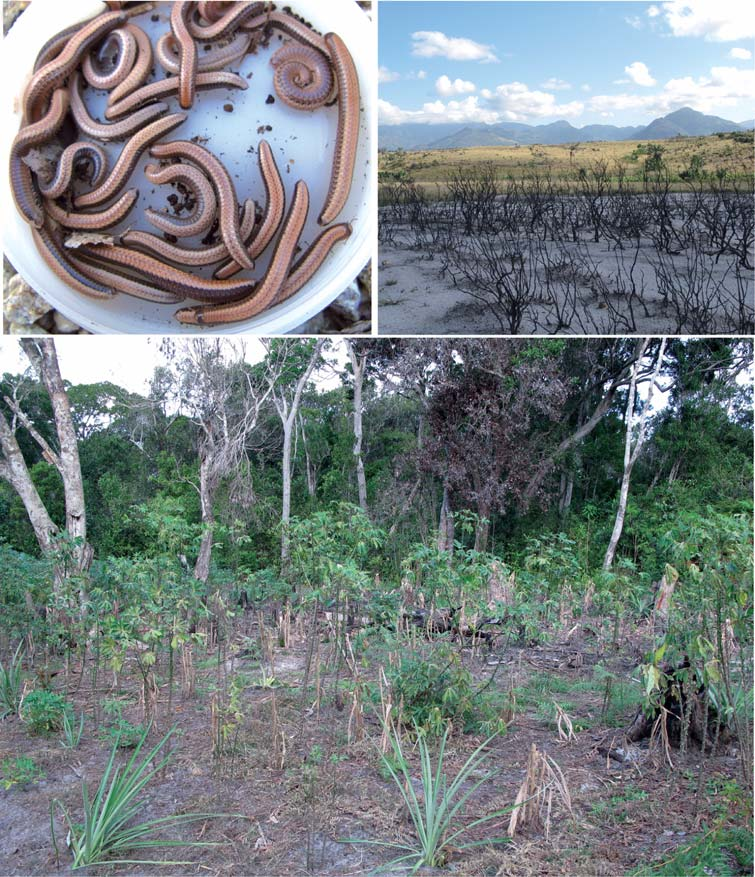 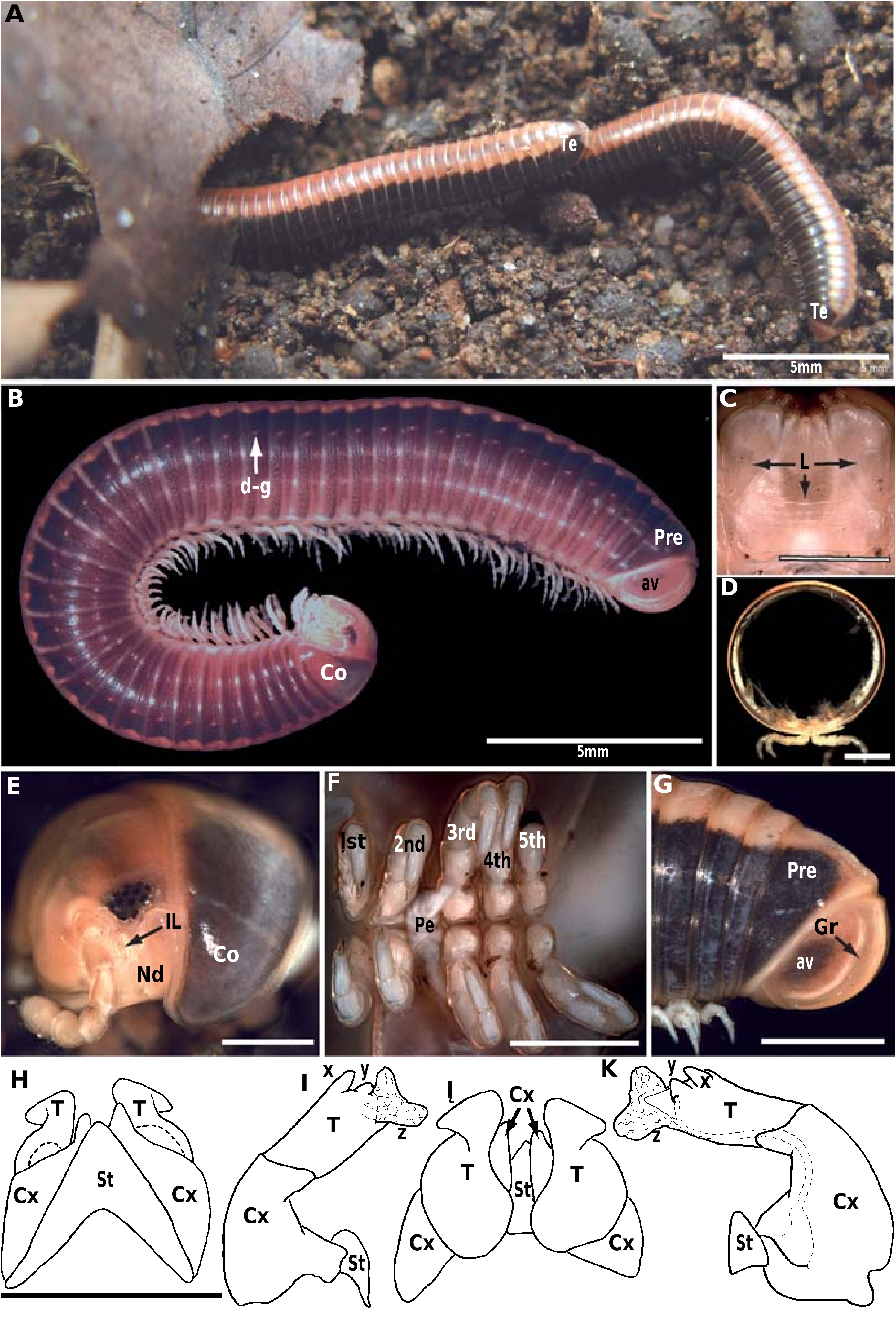 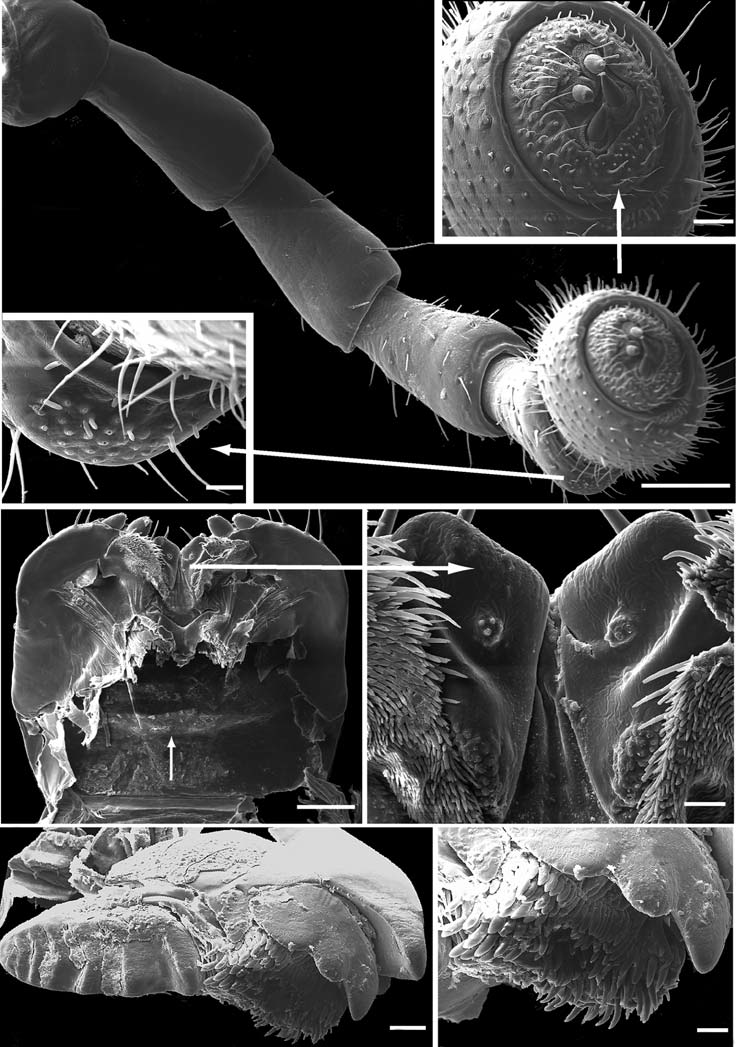