Distribution and ecology: species of Granitobolus   have been recorded from numerous rainforest and littoral rainforest sites in Southeast Madagascar. Unfortunately, mature males could be collected only from three sites (Andohahela-Vasiha, Manantantely and the Ambatotsirongorongo Mountain, Fig. 30 View Figure 30 ). At least single immature specimens found in the littoral forest of Mandena and the Sainte Luce fragments S8 and S9 might represent another undescribed species because of their uniformly dark, almost black coloration. The specimens from Isaka-Ivondro (Andohahela), Ebosika (Andohahela) and Ivorona (Anosyenne) closely resemble G. andohahelensis   sp. n. Except for two or three isolated specimens, which were collected on trails, all other specimens of Granitobolus   were taken from large, massive, partly overgrown granitic outcrops. Specimens were collected in large numbers from thin layers of roots covering the stones. On a single rock, specimens of all sizes and both sexes were found; however, mature males remained rare. This might be related to the beginning of the dry season (June), when the collections were conducted. Both holotypes were infested with rather long nematodes (P, Fig. 38B View Figure 38 ). The legs and body rings of G. endemicus   sp. n. holotype are also covered with fungi.

Etymology: Granitobolus   , masculine, after Granit (German for granite) for the special habitat, granitic outcrops, on which species of this genus were found, and -bolus. 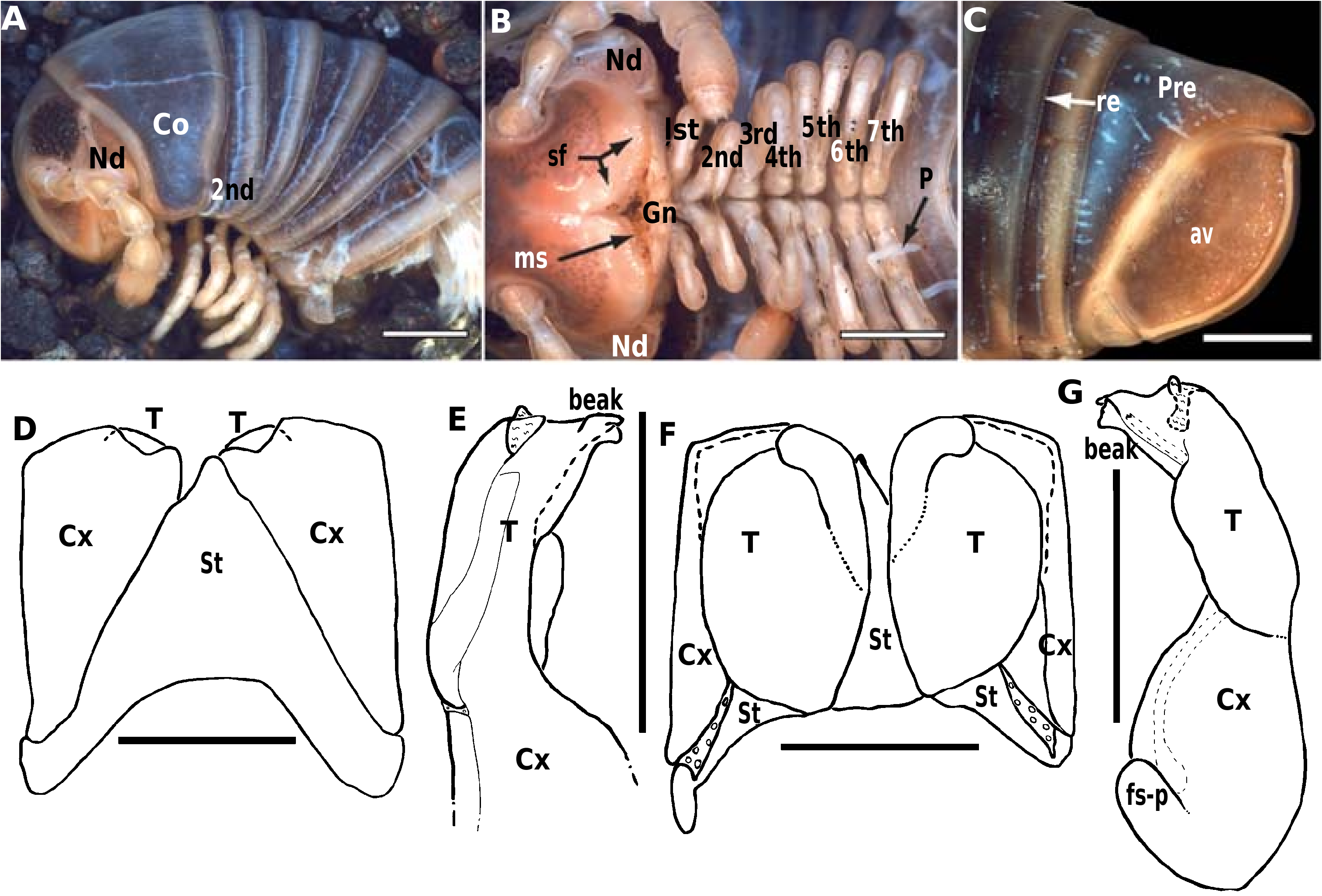