Craighead (1923) described this species as being a “heartwood feeder in the solid dead wood of Quercus   and Castanea ” and gives Q. alba   as the only specific host plant. In agreement with Craighead’ s description, but somewhat to our surprise, JV found it abundantly in dry, hard, many-years dead, fallen trunks of oaks ( Fig. 4A View Fig ). The sapwood had rotted away years before, and the trunks appeared too old to be inhabited by cerambycid larvae. The larvae bore deep (about 5 cm or more) into the wood. Before pupation, the larva creates a long exit tunnel heading perpendicularly to the surface. The tunnel is ellipsoidal in cross section ( Fig. 4B View Fig ), which distinguishes it from circular tunnels by other beetles often found in these old logs. The tunnel ends just below the surface, and the adult then gnaws a more circular but usually still slightly oval emergence hole ( Fig. 4D View Fig ). Removing 1–2 mm of the wood with a chisel revealed these exit tunnels, which are empty and head deep into the center, where they are plugged with fine, granular frass. The pupal cell is constructed either in lower parts of this straight tunnel or, less frequently, after the tunnel turns parallel with the grain. Interestingly, the pupae were invariably facing towards the center of the trunk ( Fig. 4C View Fig ), suggesting that the beetle must turn around in the fairly narrow pupal cell in order to exit. 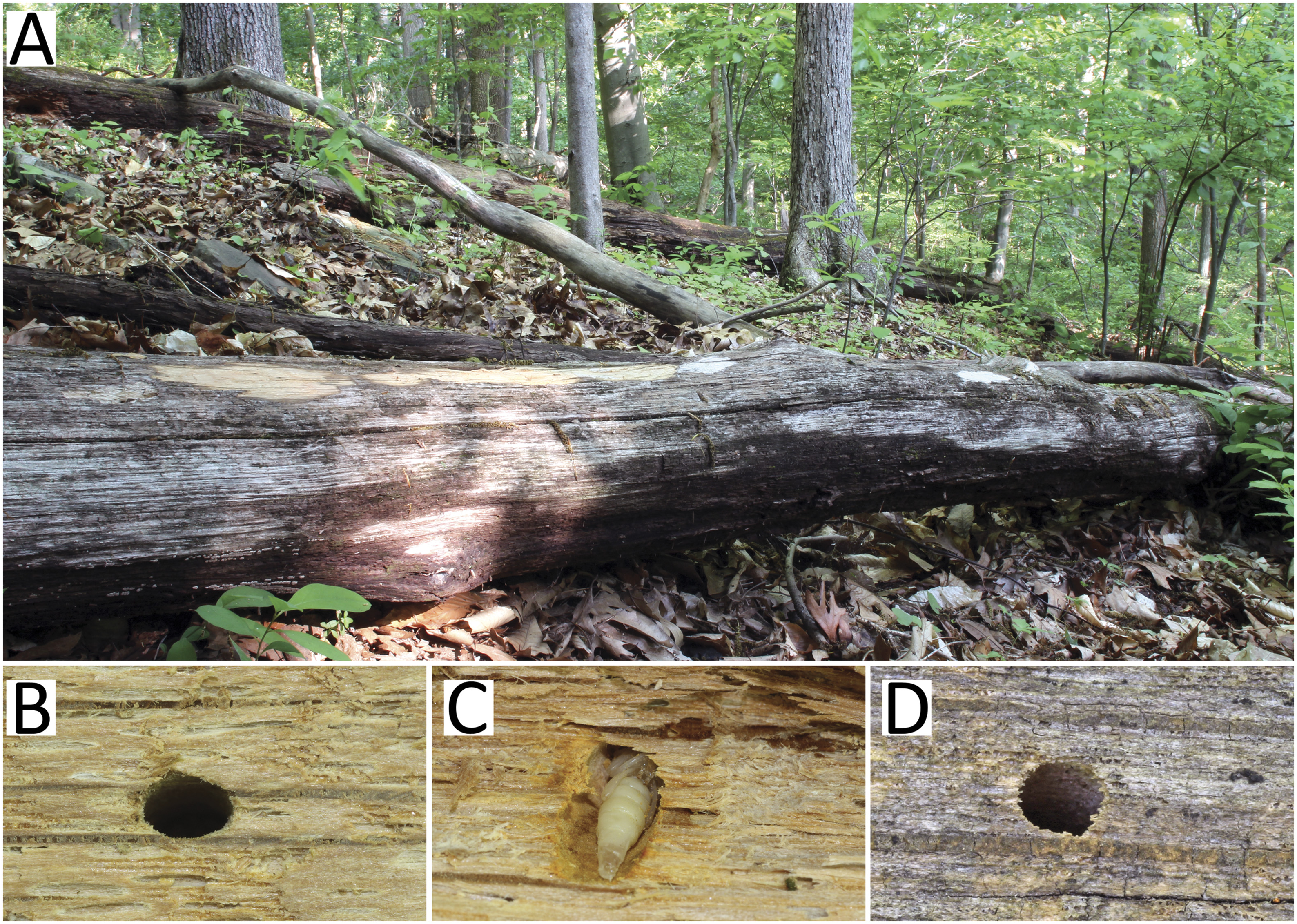