An introduced Palearctic species newly recorded on Prince Edward Island and the Maritime Provinces as a whole ( Fig. 2 View FIGURE 2 ). Intercepted in Nova Scotia and not established there. Cosmopolitan; found throughout the USA; in Canada recorded from British Columbia east to Québec ( Beal 2003). A pest found in houses, on baled skins, and in other products of animal origin ( Beal 2003). 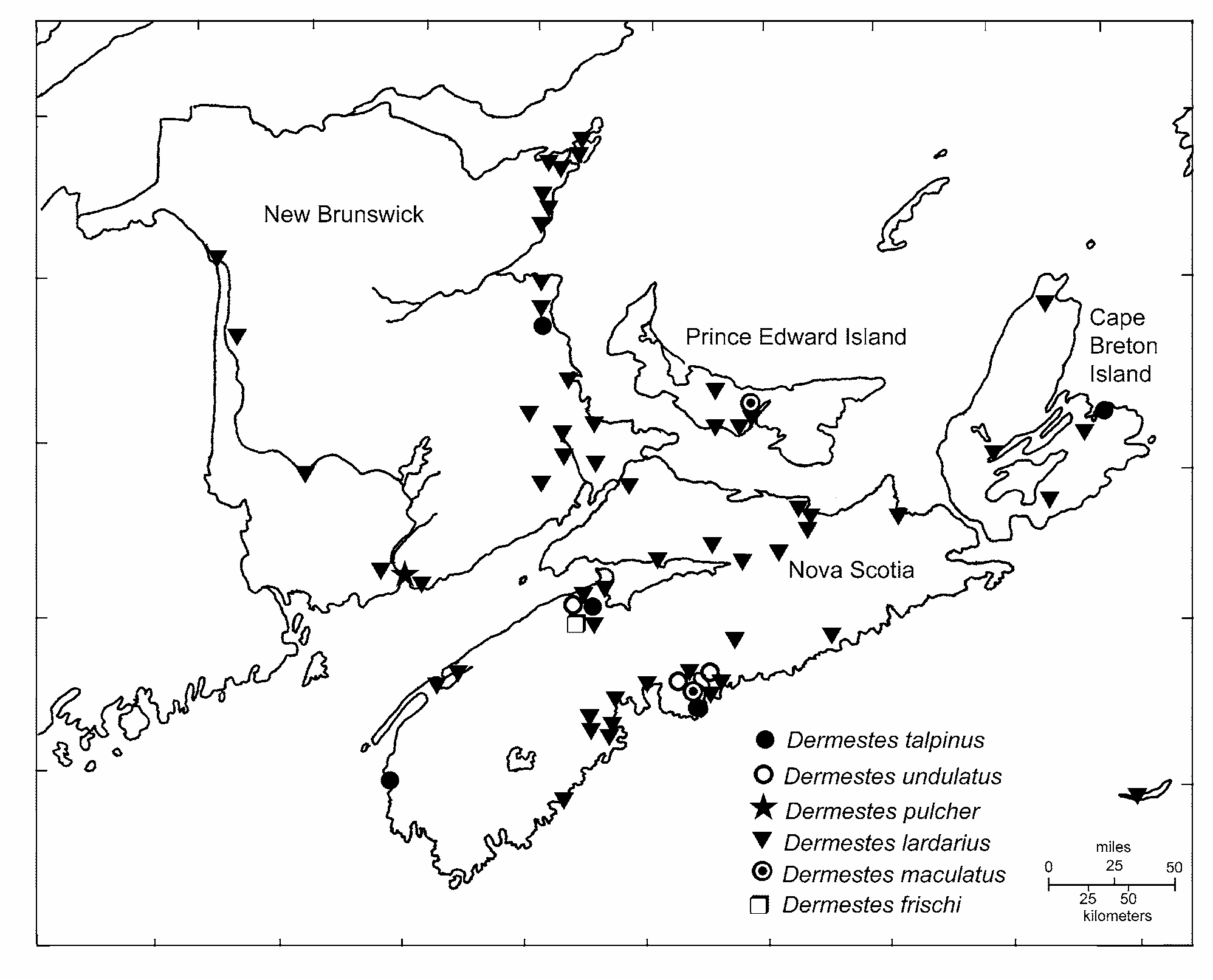