This species was recorded from New Brunswick by ( McNamara 1991c). No specimens from the province in any collection were located nor are there published records which would authenticate the report. Consequently the species is removed from the faunal list of New Brunswick, although it is likely to occur there. Otherwise known from Ontario, Québec, and Nova Scotia ( McNamara 1991c) ( Fig. 14 View FIGURE 14 ). Larvae live in puffballs ( Lycoperdon spp.   , Lycoperdales) ( White 1982, Philips 2002). 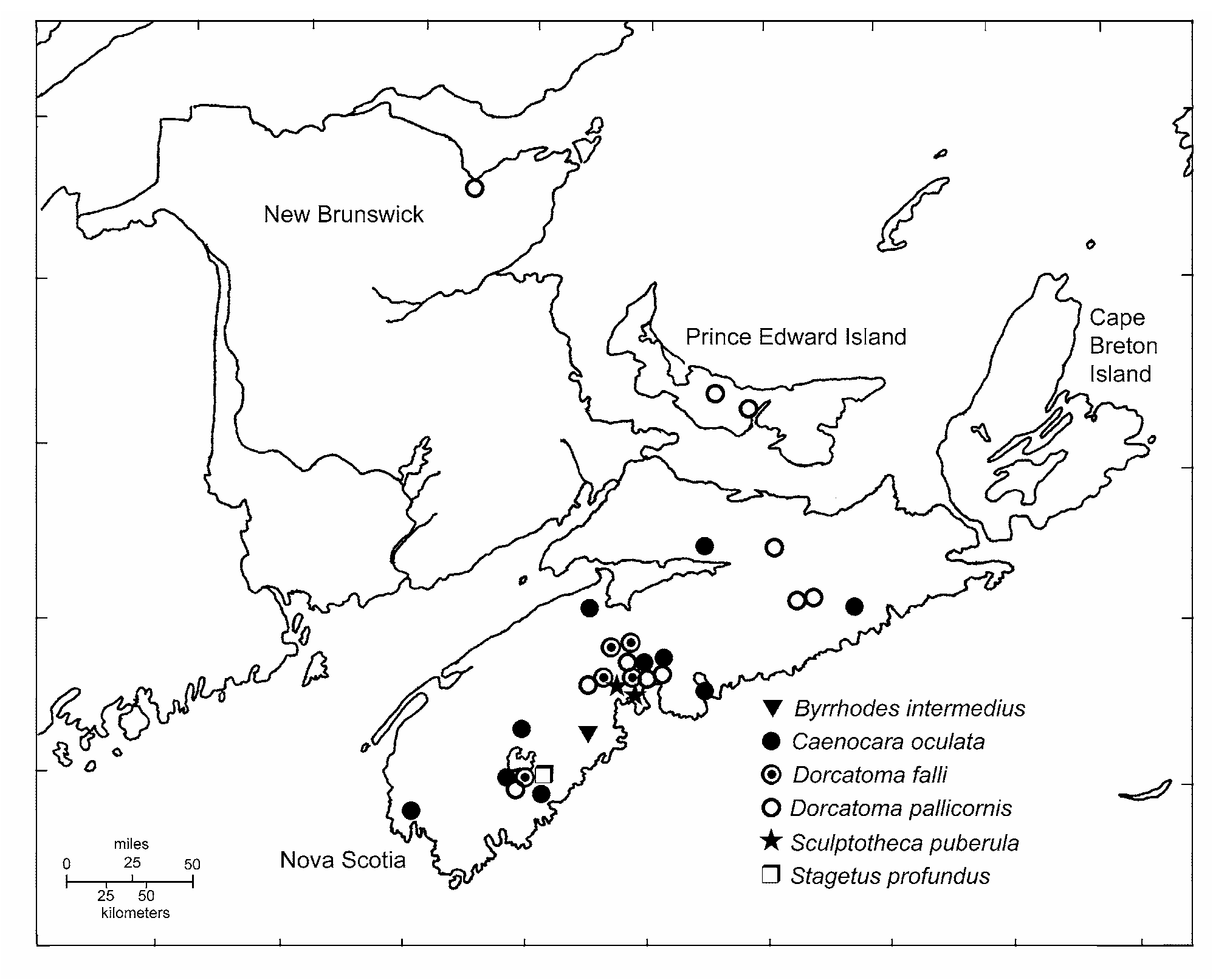