The word mangabe   is a noun in apposition, after the type locality of the species, the island of Nosy Mangabe at the NE coast of Madagascar.

Collum: Anterior and posterior margins with a sparse row of short setae . Inner part with a few isolated short setae.

Surprisingly, the specimens from Marojejy are in almost all aspects identical to the one studied from Nosy Mangabe. The genetic barcode comes from the female, and was previously published as " Zoosphaerium sp. Grey" ( Sagorny and Wesener 2017). 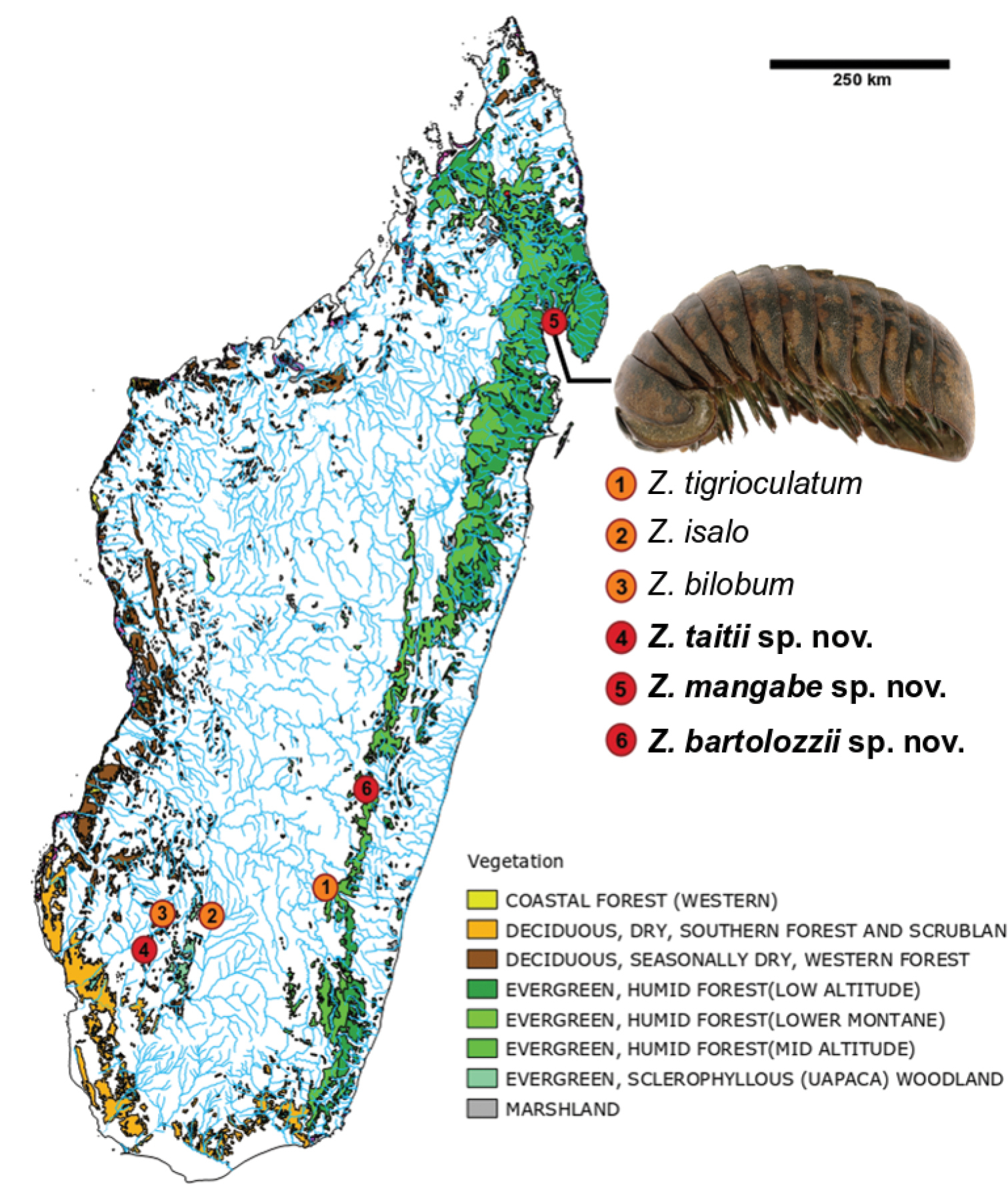 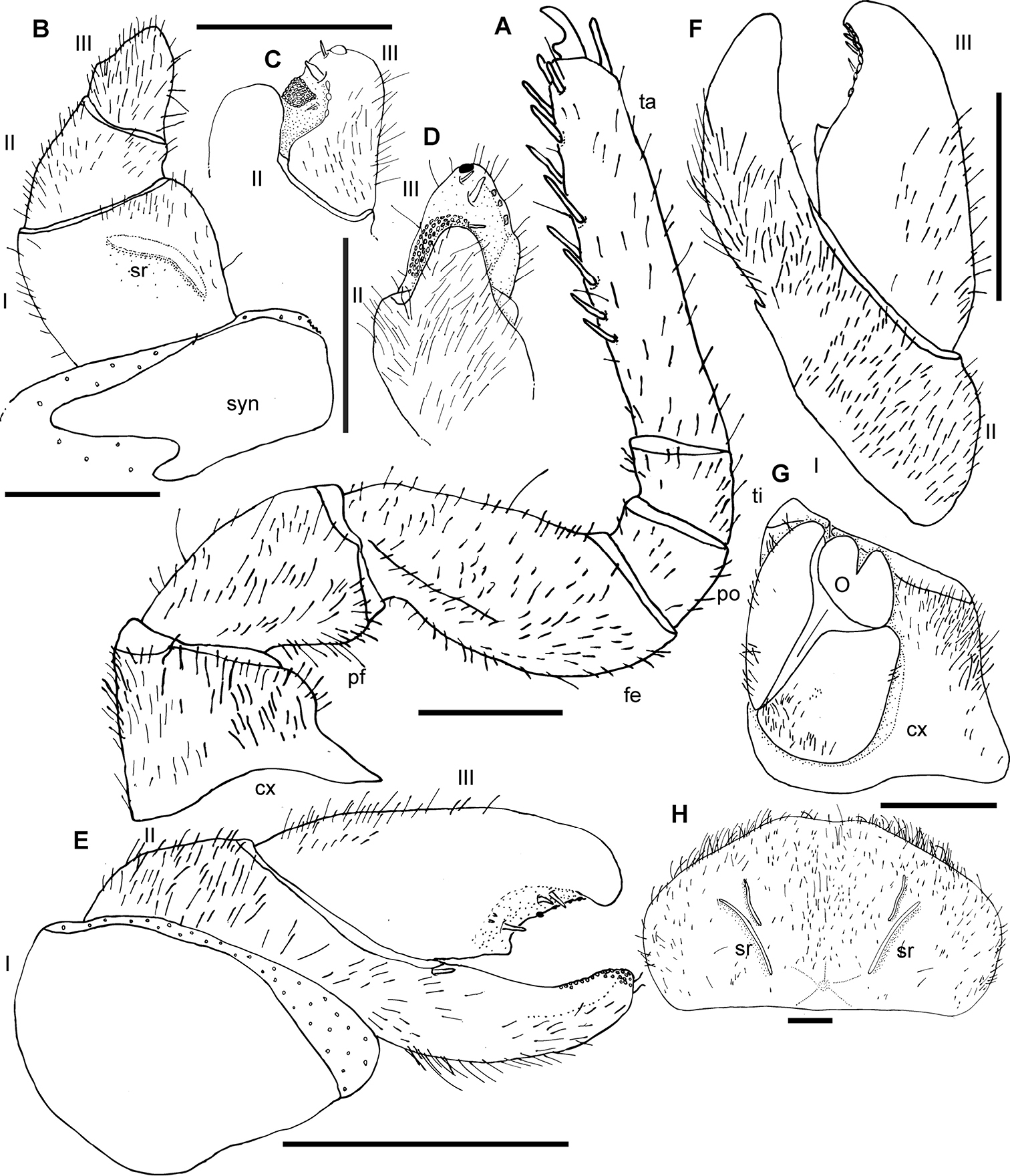