Habitat. Muddy bottom. Four specimens of the alpheid shrimp Automate awaji Komai, Tamego & Hanano, 2020   were collected sympatrically ( Komai et al. 2020), but not together with the two type specimens of the new species. A parallel case of sympatric occurrence of Automate   ( A. cf. evermanni Rathbun, 1901   ) and Axianassa   ( A. australis Rodrigues & Shimizu, 1992   ) was reported by Dworschak & Coelho (1999), although no evidence of association between the two species was found.

Etymology. From the combination of the Greek, mikros (= small) and lepis (= scale), in reference to the characteristic small antennal scaphocerite (= antennal scale) of the new species.

Remarks. Because of the absence of a diaeresis (transverse suture) on the uropodal exopod and the non-marginally dentate rostrum (only crenulate), the new species is assigned to Axianassa   ( Sakai 2016; Komai & Fujita 2019). The shape of the antennal scaphocerite of A. microlepis   n. sp. is unique within the genus, although its shape is rather variable, as described above: it is distinctly shorter than the antennal peduncle article 2, and never dagger-shaped. In all but A. mineri Boone, 1931   and A. planioculus   , the antennal scaphocerite is slightly to distinctly longer than the article 2 of antennal peduncle, and is dagger-like in the shape (cf. Kensley & Heard 1990; Anker 2010; Anker & Lazarus 2015; Anker & Pachelle 2016). In A. mineri   and A. planioculus   , the antennal scaphocerite is short as in the new species, but distally bifid into two sharp teeth (cf. Kensley & Heard 1990; Komai & Fujita 2019). Other unique features of the new species include: rostrum weakly crenulate marginally; and uropodal endopod with small notch on the lateral margin. In other congeneric species, the rostral margins are smooth; and there is no notch on the lateral margin of the uropodal endopod ( Kensley & Heard 1990; Rodrigues & Shimizu 1992; Anker 2010; Liu & Liu 2010; Anker & Lazarus 2015; Anker & Pachelle 2016; Komai & Fujita 2019). 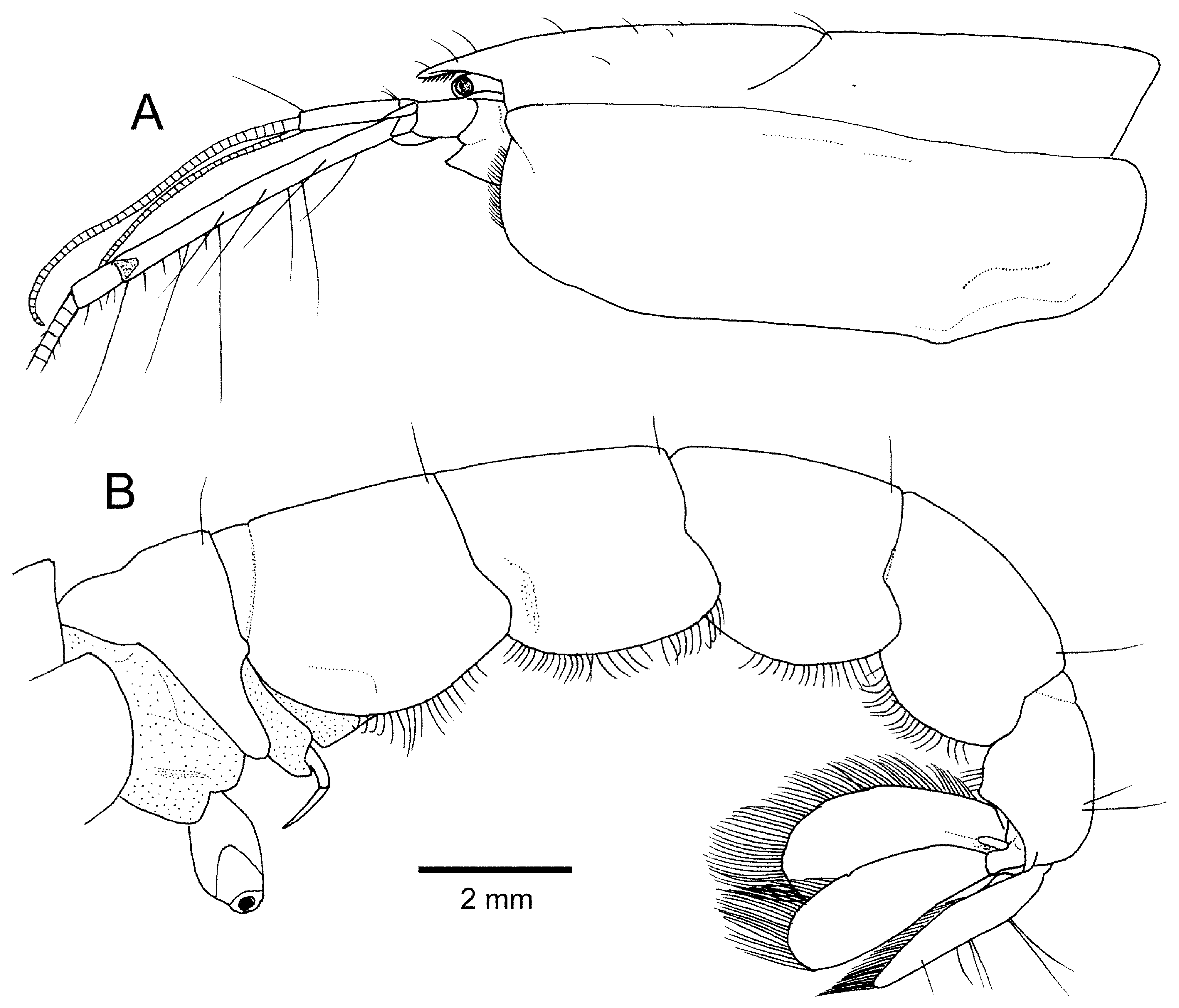 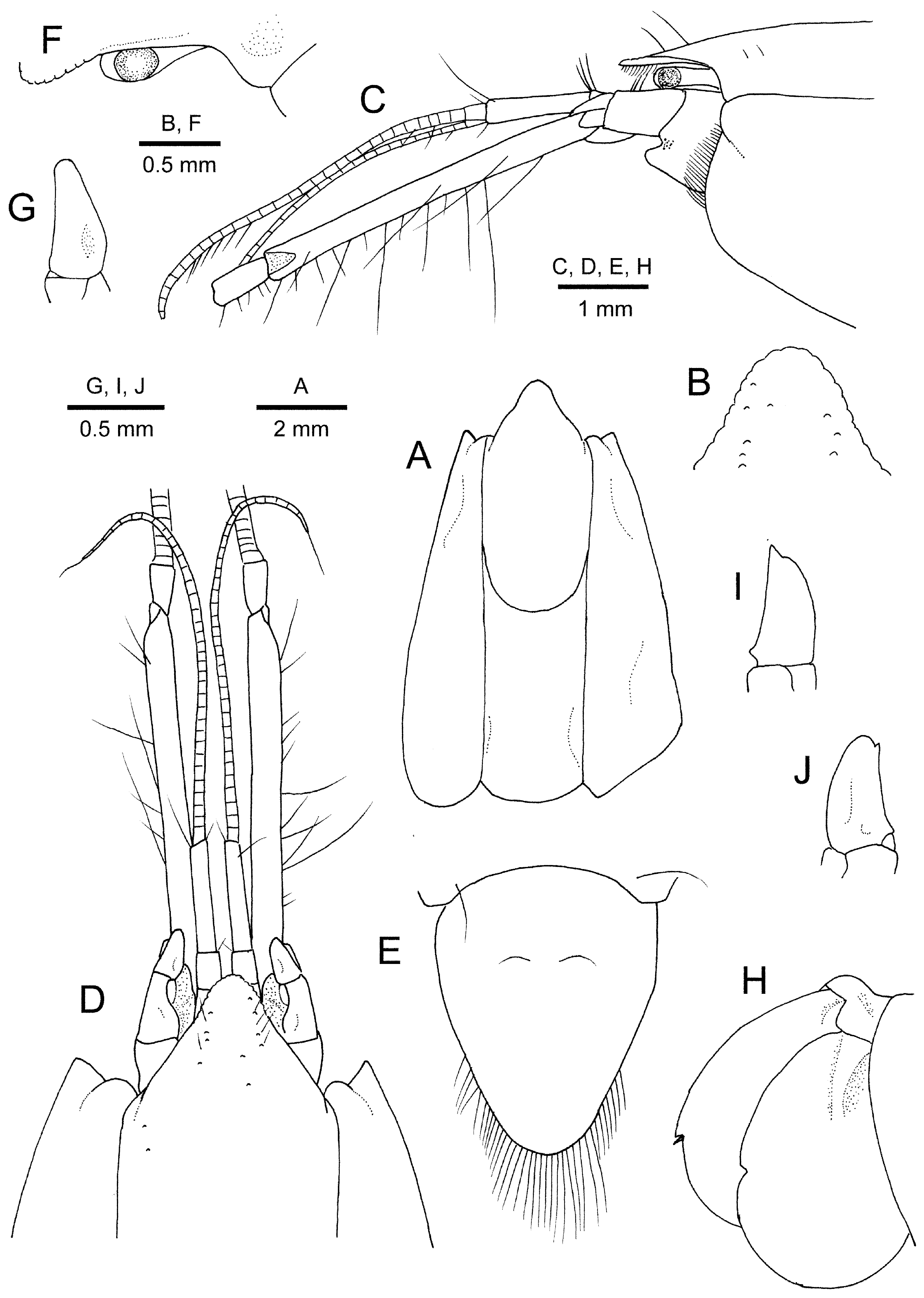 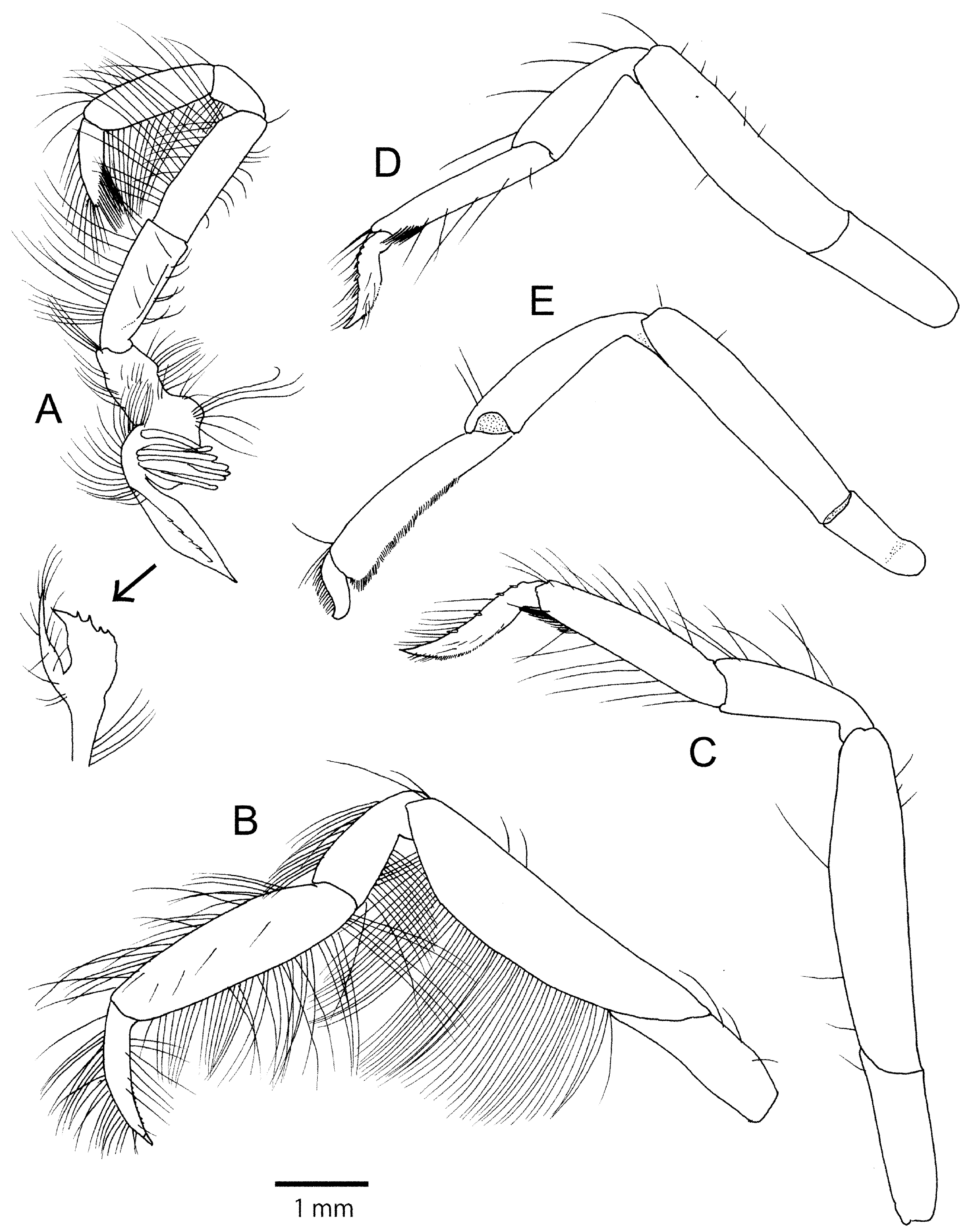 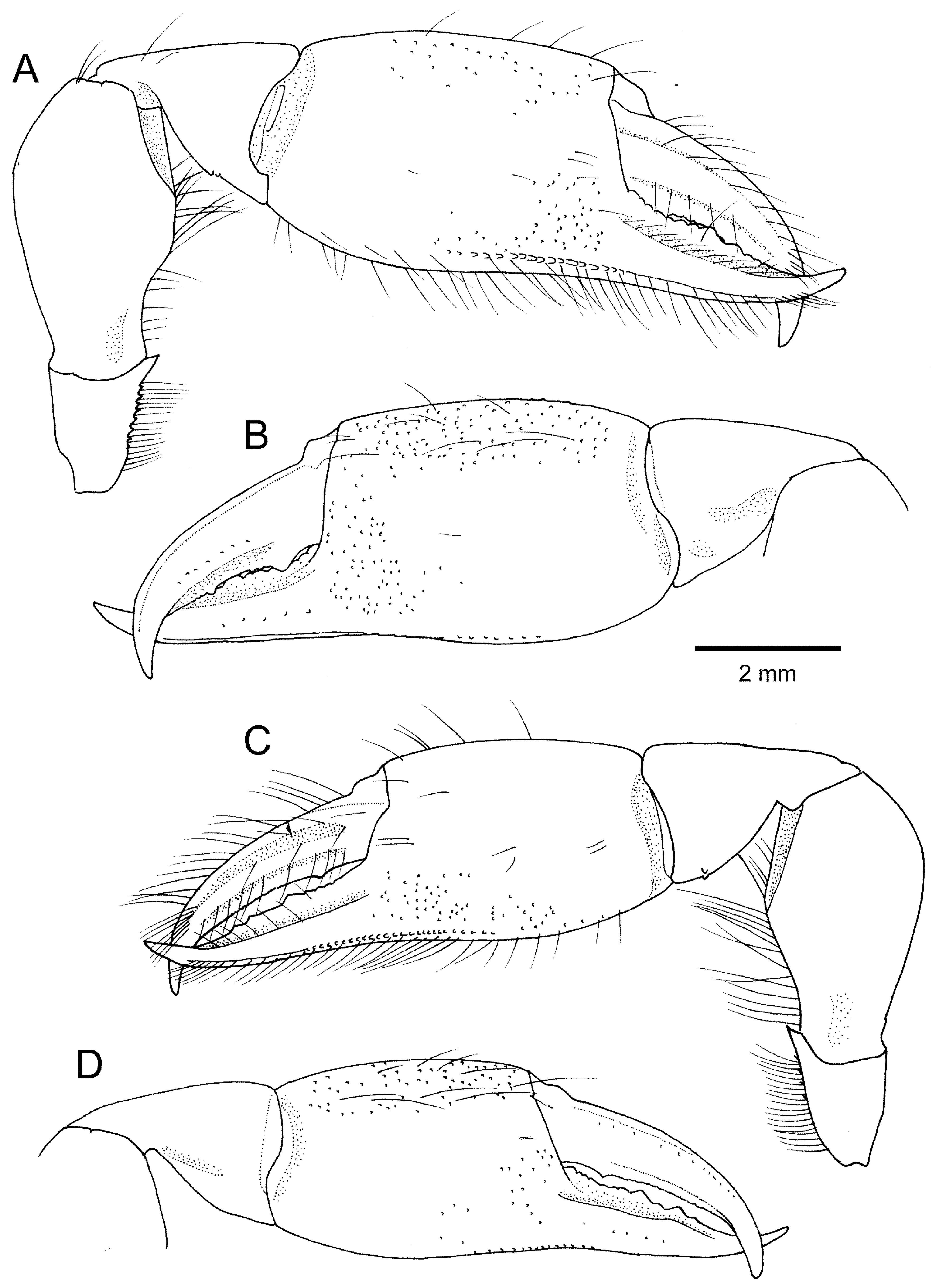