Additional material. Tonnoir (1925: 238) mentioned four females of this species from Canoblas, NSW, 11-x- 1916, at the time deposited in the collection of the Board of Health, Sydney; however, he did not refer to them as paratypes. Although Bugledich (1999: 329) refers to them as such, she neither examined these specimens nor explained why she deemed them paratypes. Because Tonnoir (1925) did not explicitly designate these four females as paratypes, and given that they are not from the type locality, and of different date from the type, we consider them merely as ‘additional material'. One of these specimens was examined by us and is now mounted on a slide. We also examined three adult females from Middle Creek, one of which is also now slide mounted. One other specimen—from McKenzie Falls, Grampians—is slide mounted. All of this material is deposited in ANIC.

Etymology. Not given by Tonnoir (1925), but probably from Latin “ tenebris ” [= dark], in reference to the dark colour of the holotype female.

Bionomics. Little is known about the biology of this species, although Tonnoir’s label data indicate that females bite. Males, pupae or larvae are unknown, despite extensive searching by Mackerras & Mackerras (1952: 105) and our own collecting efforts. With the exception of the Colo Vale locality, dates of collection indicate an Austral spring species. Colo Vale is at a higher elevation than other sites, so perhaps later emergence at that site is related to cooler temperatures.

Remarks. An attempt by DAC in 2014 to collect new material from Middle Creek, Victoria, was unsuccessful. As with many collection sites referred to in the early literature, human activities have rendered such streams unsuitable for simuliids (e.g., Moulton et al., 2018: 10).

The mouthparts of known females are substantial, in particular the single specimen from McKenzie Falls ( Fig. 69 View FIGURES 67–72 ). Such mouthparts suggest that females are blood-feeders, although the large size of their abdominal tergites is more typical of non-bloodsucking species.

The genital fork of Protaustrosimulium terebrans   is unique among Australian simuliids and differs in a number of respects from those of Prot. pilfreyi   and Prot. amphorum   . The stem is strongly curved ventrally and laterally flattened—thence contorted when slide mounted (e.g., Fig. 81 View FIGURES 78–83 ). There are unusual lobes at the junction of the anterior and lateral arms, and no evidence of membranous areas lateral to the anterior arm. FIGURE 99. Distribution of Protaustrosimulium. (99) Map of southern portion of Australia. 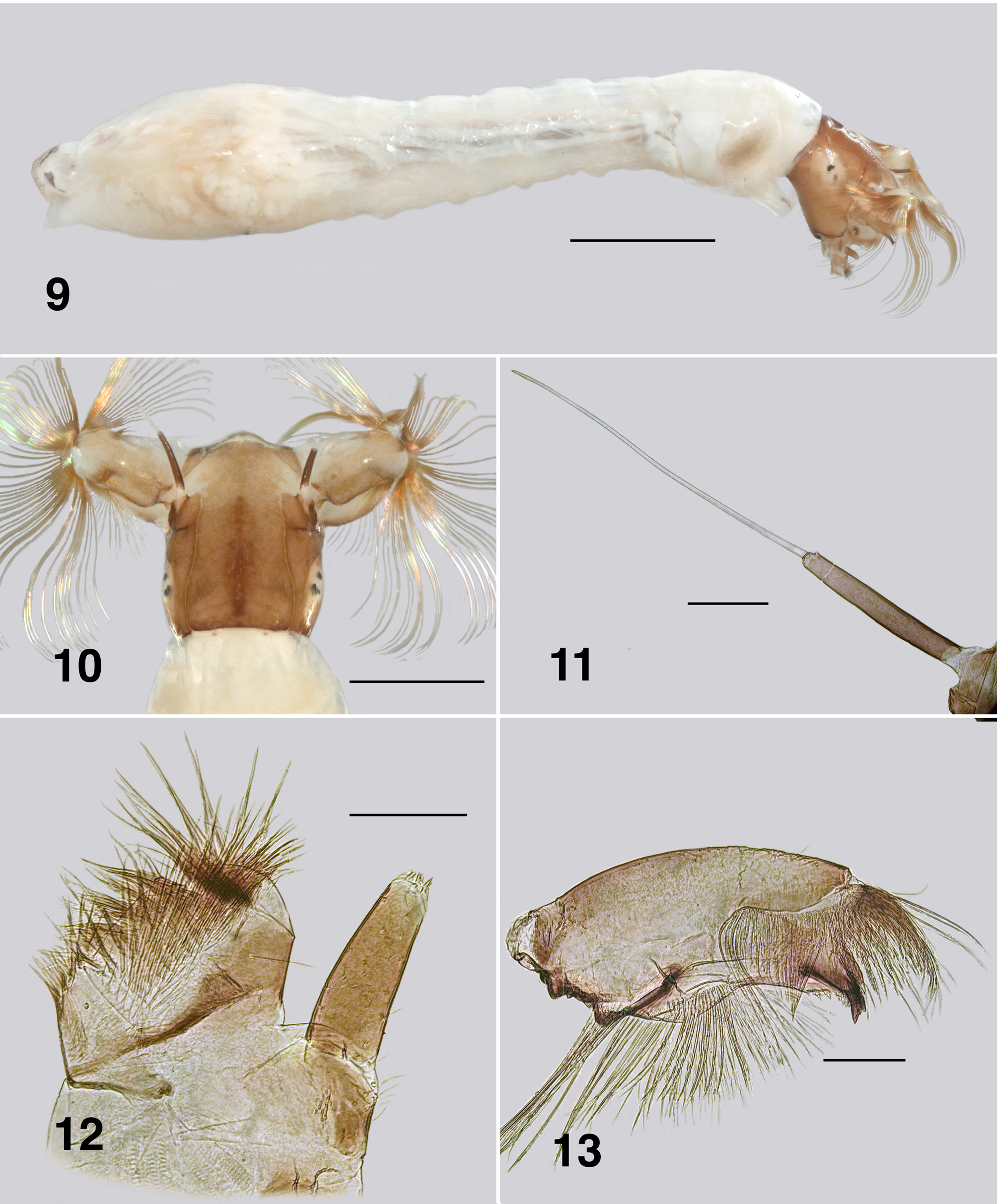