Other material examined. 37 males and 38 females from 43 other sites (see Appendix).

Female with posterior margin of epigynum raised in centre as irregularly edged triangle.

Distribution. Common and sometimes locally abundant in dry and wet eucalypt forest over ca 1500 km 2 in the northern part of the east coast and Eastern Tiers of Tasmania, from near sea level to at least 1000 m elevation ( Fig. 26 View Figure 26 ). Not yet found north of Beaumaris or south of Bicheno on the coast, or west of St Pauls Dome in the Fingal Valley. Sympatric with T. barbatulum   sp. n. and T. fragile   sp. n.; co-occurs with the latter. T. orientale   may be parapatric with T. armatum   in the west and south of its range, and with T. cacofonix   sp. n. in the north; further sampling is needed to better define the range boundaries of these three species.

Etymology. Latin orientalis, “eastern”, for the eastern Tasmanian distribution of this species.

Remarks. The lateral process on the gonopod telopodite (process 1) is simply acute in the holotype and the specimen illustrated in Figs 21B and 21C. In some East Coast males the process is apically forked, as in the right telopodite in Fig. 21A. In the west of the T. orientale   range, the lateral process is wider and Y-shaped, as in T. armatum   .

Female T. orientale   are readily distinguished from those of sympatric, similarly sized T. fragile   sp. n. by the presence of large tubercles on T. fragile   tergites. 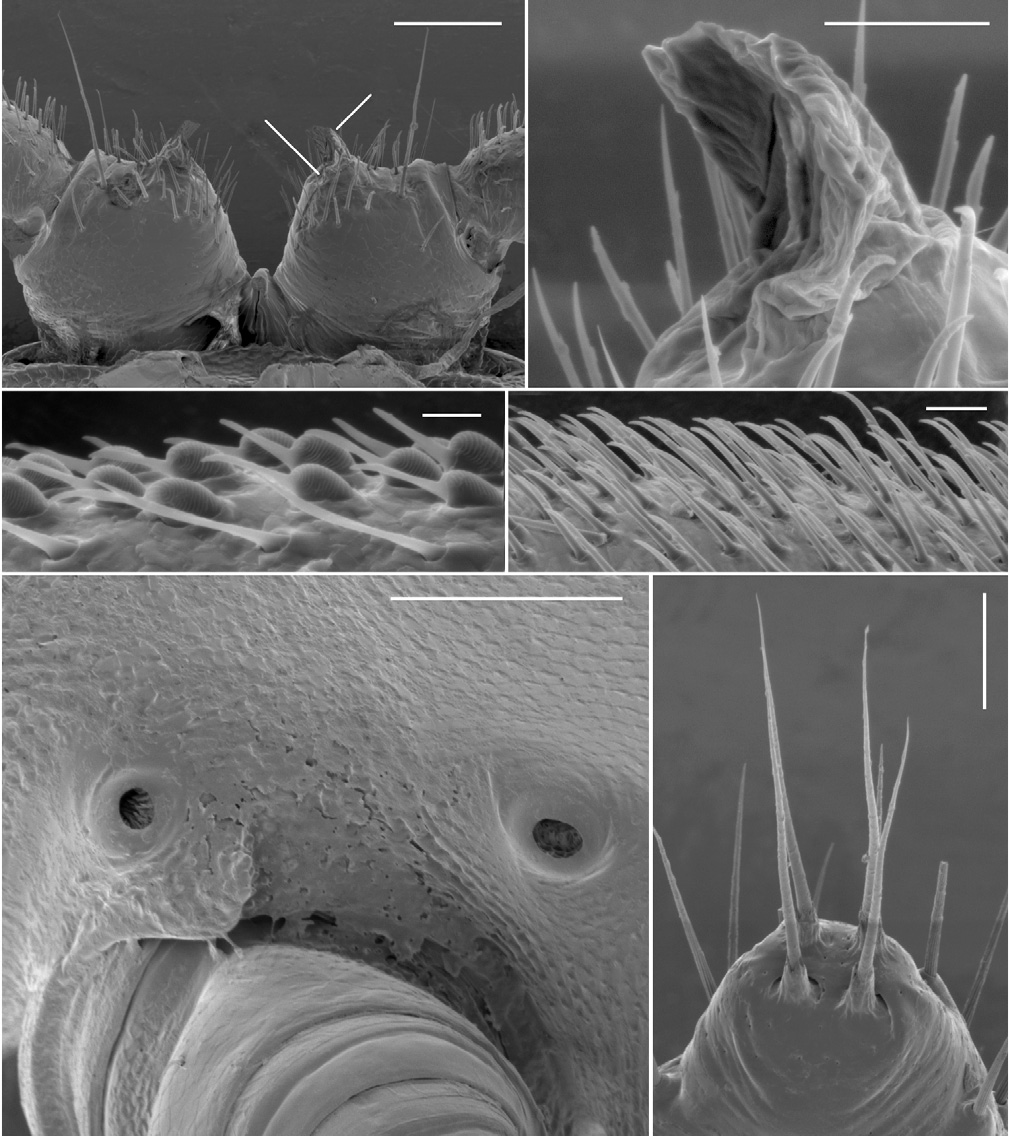 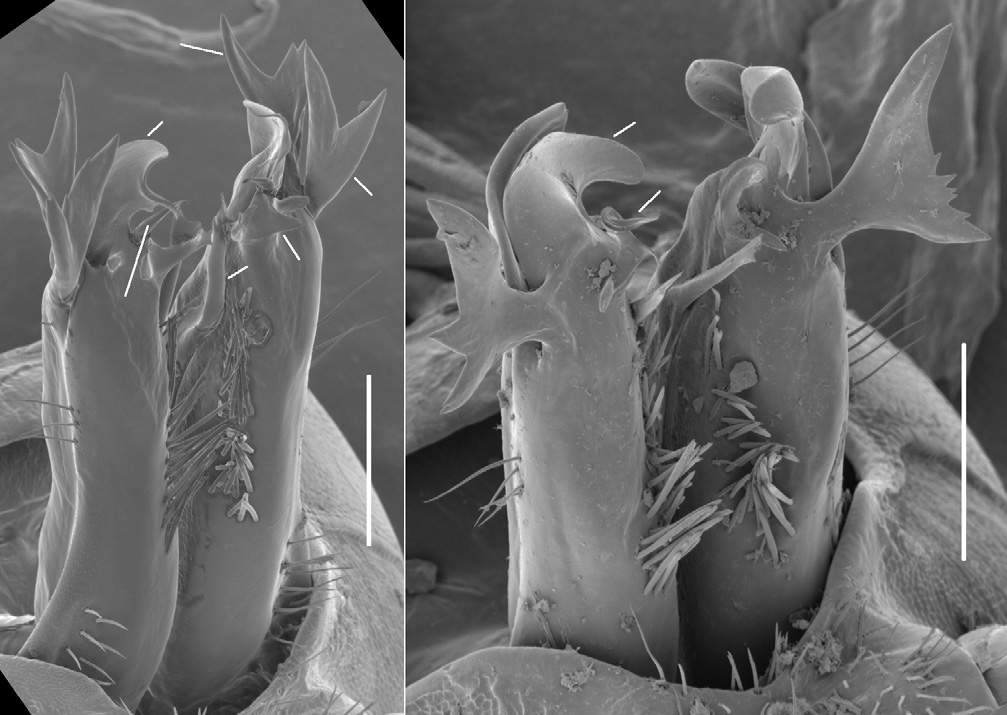