This species is newly recorded for Nova Scotia and the Maritime Provinces ( Fig. 1View Fig). In North America it has previously been recorded from British Columbia, New Jersey, Ontario, and Rhode Island ( Gouix and Klimaszewski 2007; Klimaszewski et al. 2007). The earliest North American specimen was collected at the end of the 19th century by Casey in Rhode Island and was described by him as Sipaliella  filaria Casey, 1911, which was subsequently synonymized with M. pallens  by Gusarov (2002).

Klimaszewski et al. (2007) reported a specimen in Ontario collected in a muskrat nest near a Sphagnum  bog. Th e Nova Scotia specimen was collected in wet moss in a gypsum sinkhole. Muona (1991: 231) says that, “Th is species seems to live more or less subterraneously. It has been taken from burrows of small mammals and can be found by sieving rich soils around trees early in the spring as well as in flood refuse”. Meotica pallens (Redtenbacher) sensu Muona, 1991  is wing-dimorphic, with both brachypterous and macropterous forms. The Nova Scotia specimen is macropterous. A dorsal habitus photograph is provided in Fig. 4View Fig. For illustrations of the genitalia see Klimaszewski et al. (2007). 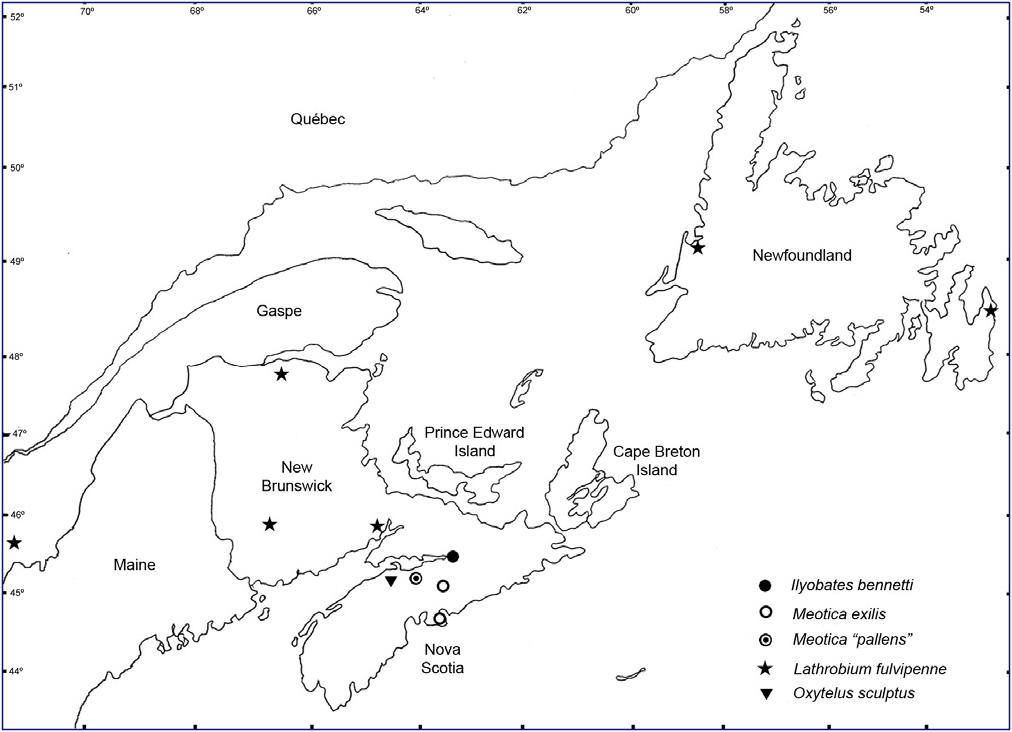