Type material. The holotype female is labeled “[ Brazil] Bodoquena[,] Mato Grosso XI- 1941 [Nov 1941] Com. I O C/ COL. INST. O. CRUZ NO. 719 / HOLOTYPE Ephydrella freitasi Oliveira  [red].” Three female paratypes are labeled with the same label data as the holotype except for collection numbers, which are 718, 720, and 721. The type series is in the IOC. The holotype is glued to a paper point and is in good condition. Two of the paratypes lack abdomens but otherwise the specimens are in good condition. The third paratype is missing its head, and the left wing has been removed and is glued apart from the remainder of the specimen.

Remarks. Oliveira (1954 c) tentatively placed this species in the genus Ephydrella Tonnoir and Malloch  , awaiting males to further clarify its generic status. Using the brief descriptions of Ephydrella  species for comparison, Oliveira noted that P. f re i t as i, like species of Ephydrella  , has a well-developed, prescutellar, acrostichal seta. But Oliveira lacked males for critical study of postabdominal structures and was unable to satisfactorily resolve the generic affinity of this species. As an added complication, it has now been discovered that not all members of Ephydrella  have prescutellar, acrostichal setae and that their occurrence in species related to P. freitasi  is limited to females.

Discovery of P. freitasi  in Puerto Rico was unexpected, as its congeners are mostly from southern South America. This finding leads us to suspect that the distribution of Paraephydra  will be discovered to be more widespread than is presently known and that it would not be surprising to discover representatives of the genus in northern South America and Central America, perhaps even Mexico. 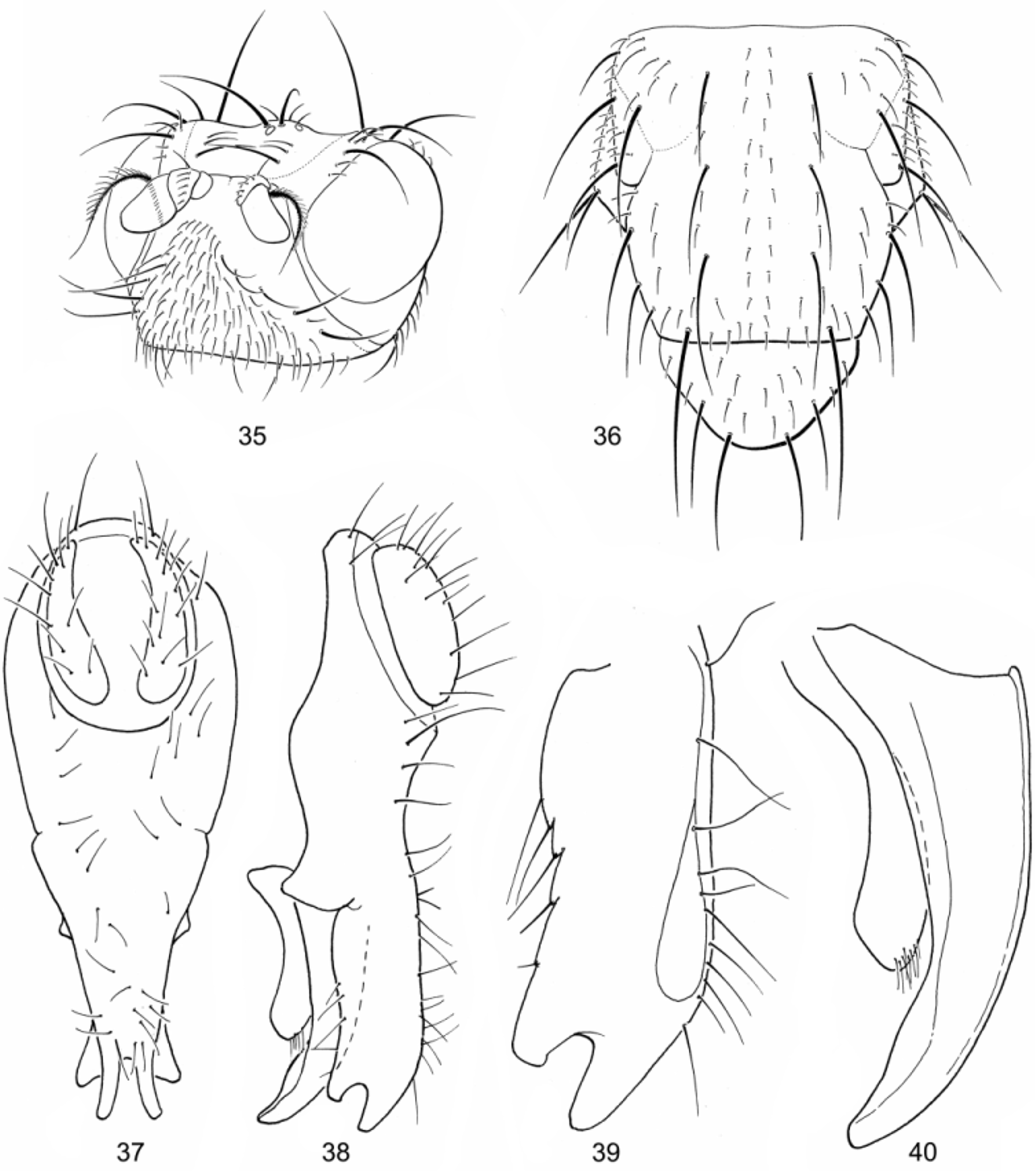