Remarks. Van der Wulp described this species from a single female specimen, which is automatically the holotype, but he also studied a topotypical male. That male, according to van der Wulp, was a paler variety of the species, being smaller, more metallic green, and with legs that are entirely brownish yellow. Because van der Wulp accorded this specimen varietal status, it cannot be considered as part of the type series.

In the original description, van der Wulp stated that the holotype was collected in Argentina by Professor H. Weyenbergh, Jr. The unique specimen was apparently returned to Professor Weyenbergh in Argentina, and according to Horn and Kahle (1937: 301) all of Weyenbergh's collection was destroyed. Other holotypes apparently suffered a similar fate ( Thompson 1974: 28). Thus, it seems likely that the holotype of Ephydra caesia  was destroyed.

When we began this study, we requested the holotype from the Instituut voor Taxonomische Zoologie, Amsterdam, through Dr. Theowald van Leeuwen. We were sent a “ syntype ” which was missing its abdomen. This specimen cannot be a syntype, as already noted, and although we cannot determine the sex of the specimen, it does match the brief description of the male “variety,” especially in the coloration of the legs, which are entirely brownish yellow rather than red to dark brown, the leg color of the female holotype. The specimen does bear a handwritten label, which reads “Argenta Weyenb[ergh] [handwritten, pale yellow]/ Ephydra caesia  [handwritten]/ SYNTYPE [red with black border near margin].” Based on this evidence, we believe this specimen is the topotypical male variety that van der Wulp mentioned in the original description. It has no nomenclatural status, however.

As no holotype is apparently extant and as the so-called male variety is neither identifiable nor has any nomenclatural status, we have designated a neotype (see “ Type Material”). 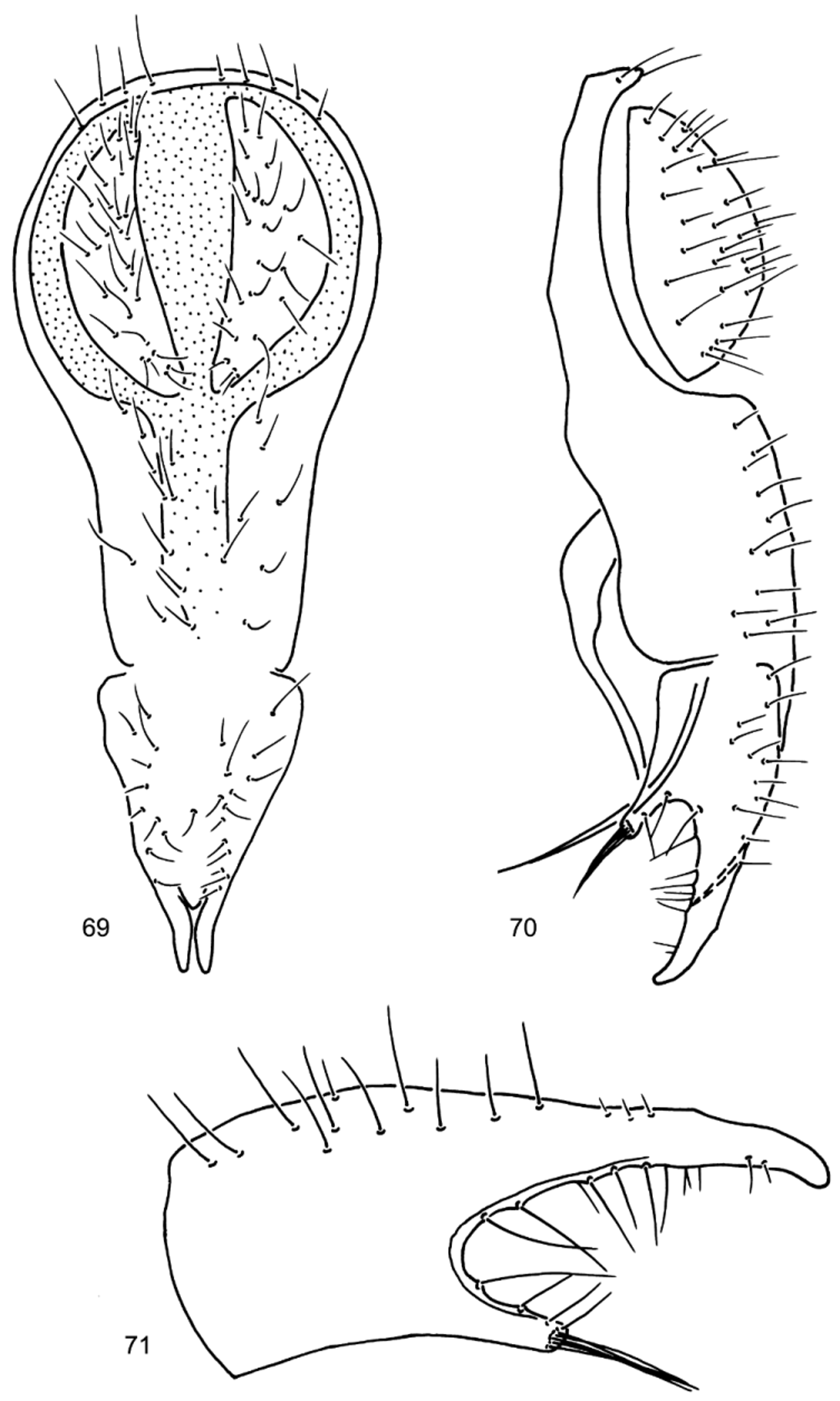