Type material. The holotype male is labeled “ COL. INST. O. CRUZ NO. 749 /El Tatio-Geyser- 5200 m. Prox. S. Pedro de Atacama Prov. Antofagasta - Chile IV- 1952. HERMAN LENT./ HOLOTYPE Dimecoenia lenti Oliveira  [red].” The holotype is pinned directly, most tarsi are missing, and setae are frequently missing or are not oriented normally. The allotype female and 14 adult paratypes (10 ♂, 4 ♀; IOC) are labeled with the same label data as the holotype except for collection numbers, which are from 750–759 and 761–764. Twelve larvae and 36 puparia were also included in the type series. We have not examined the immature stages but they are presumably in the IOC. None of the adult specimens of the type series is in good condition. They appear matted and were probably collected in alcohol and were later dried and glued to points.

Remarks. Among taxa of Ephydrini  , this species occurs at the highest elevation (5200 m). 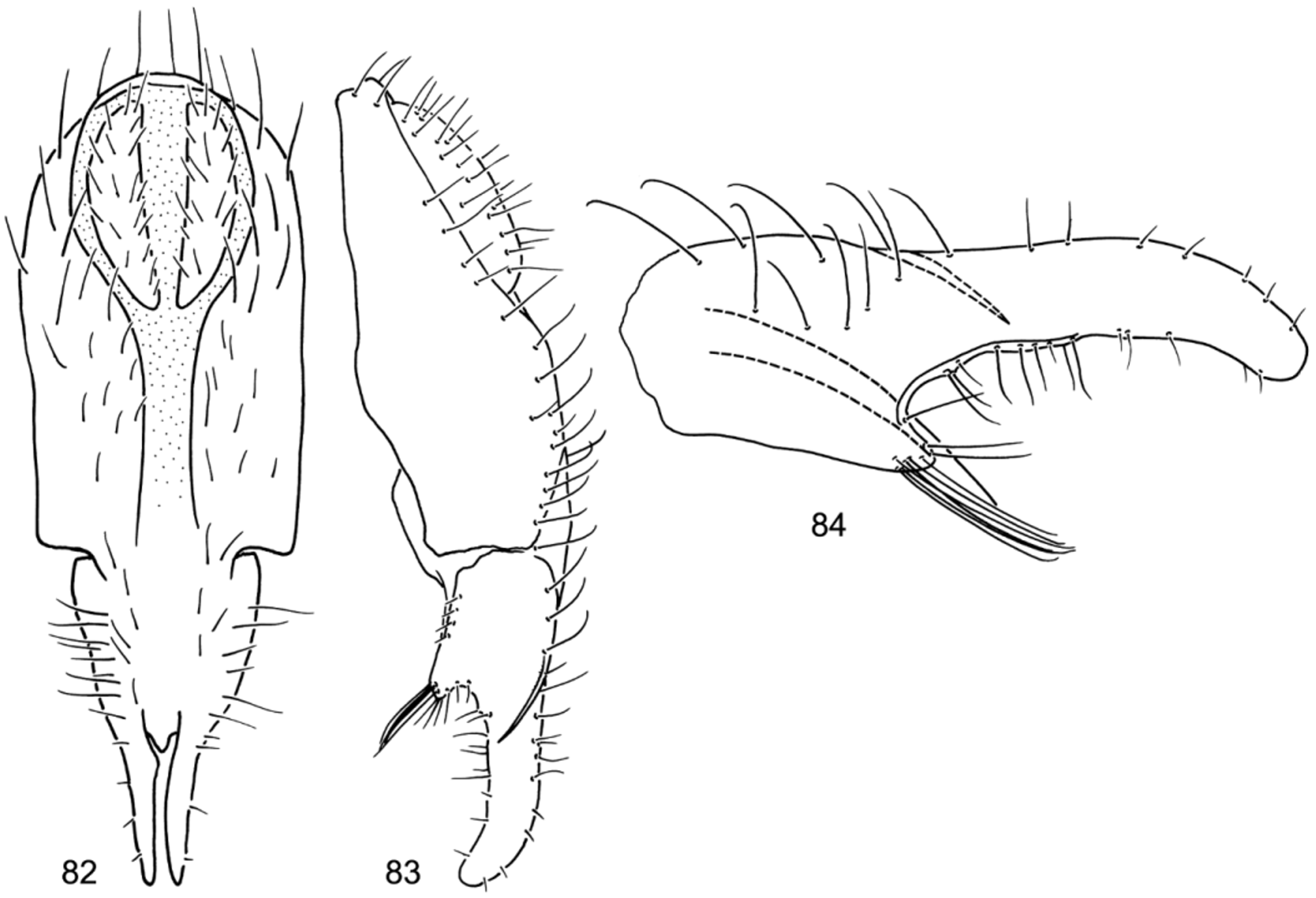