Diagnosis. This species is very similar to D. fuscifemur (Steyskal)  , both having a less well developed interfoveal hump, but may be distinguished by the following combination of characters: legs stramineous to yellow, at most with dorsum of femora grayish; fronto-orbital setae nearly parallel with each other, both oriented obliquely posterolaterad; posteroventral portion of basal flagellomere and palpus also pale, mostly concolorous with legs; crossvein dm-cu distinctly arched, concave basally; face between antennal bases with broad, bronzish band; conformation of male and female terminalia distinctive. Moderately large to large shore flies, body length 4.40– 6.10 mm; mostly dull, olivaceous brown to grayish brown, dorsum with some subshiny to shiny areas.

Type material. Lectotype female of Coenia spinosa  (designated by Mathis and Simpson 1981) is labeled “Mass[achusetts]./ 123 /Loew Coll./ spinosa  , m./ Type 11182 [red].” The lectotype and one female paralectotype are mounted on the same pin; the bottom specimen is the lectotype. Both specimens are deposited in the MCZ (11182).

Natural history. Adults are encountered commonly in salt marshes where they sometimes “skate” on the water's surface. Mathis and Simpson (1981) described the immature stages that were collected and reared from submerged detritus and mud. They discovered that larvae of D. spinosa  are unlike most of the tribe Ephydrini  , lacking well-developed, paired prolegs except for a large, subcylindrical proleg on segment 12. They also suggested that the third-instar larva, which has sharply pointed posterior spiracles, may tap air stored in the stems and roots of aquatic plants for respiratory purposes when they are in submerged mud at some distance from the air/ water interface. See Mathis and Simpson (1981) for further details concerning the natural history and description of immature stages. 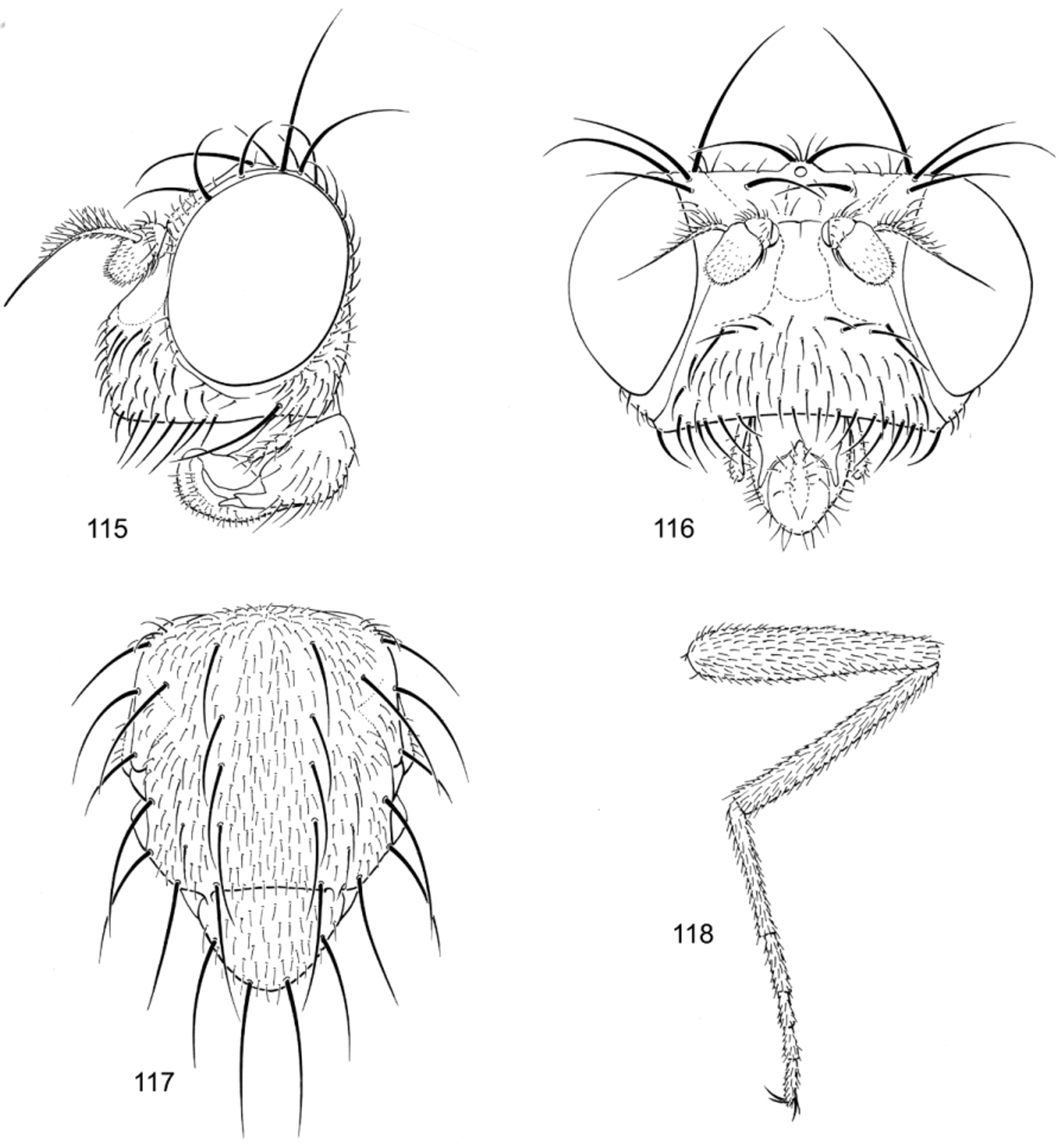