Natural history. Numerous specimens of this species were collected as prey of sphecid wasps on St. Catherines Island, Georgia (the wasps were being studied behaviorally and ecologically by Dr. R. W. Matthews and students, University of Georgia).

Remarks. When Sturtevant and Wheeler (1954) reviewed the Nearctic species of Setacera  , they tentatively listed S. knabi Cresson  as a junior synonym of S. pilicornis  . Their uncertainty was because the type specimen of S. knabi  , stated to be in the USNM, could not be located and studied. The type was subsequently located by Drs. Selwyn S. Roback and Willis W. Wirth among specimens at the Academy of Natural Sciences of Philadelphia that were not returned to the institution of deposition following the untimely death of E.T. Cresson, Jr. We examined the types of both synonyms and can confirm their conspecificity and thus, the status of S. knabi  as a junior synonym. Only one species of Setacera  is known to occur in Florida.

Although Coquillett's original description of this species indicates only a single male specimen, which automatically becomes the holotype, the Academy of Natural Sciences of Philadelphia collection contains four additional specimens labeled as paratypes with Cresson's blue labels. These specimens cannot be paratypes since Coquillett's description specifically lists a single male specimen. 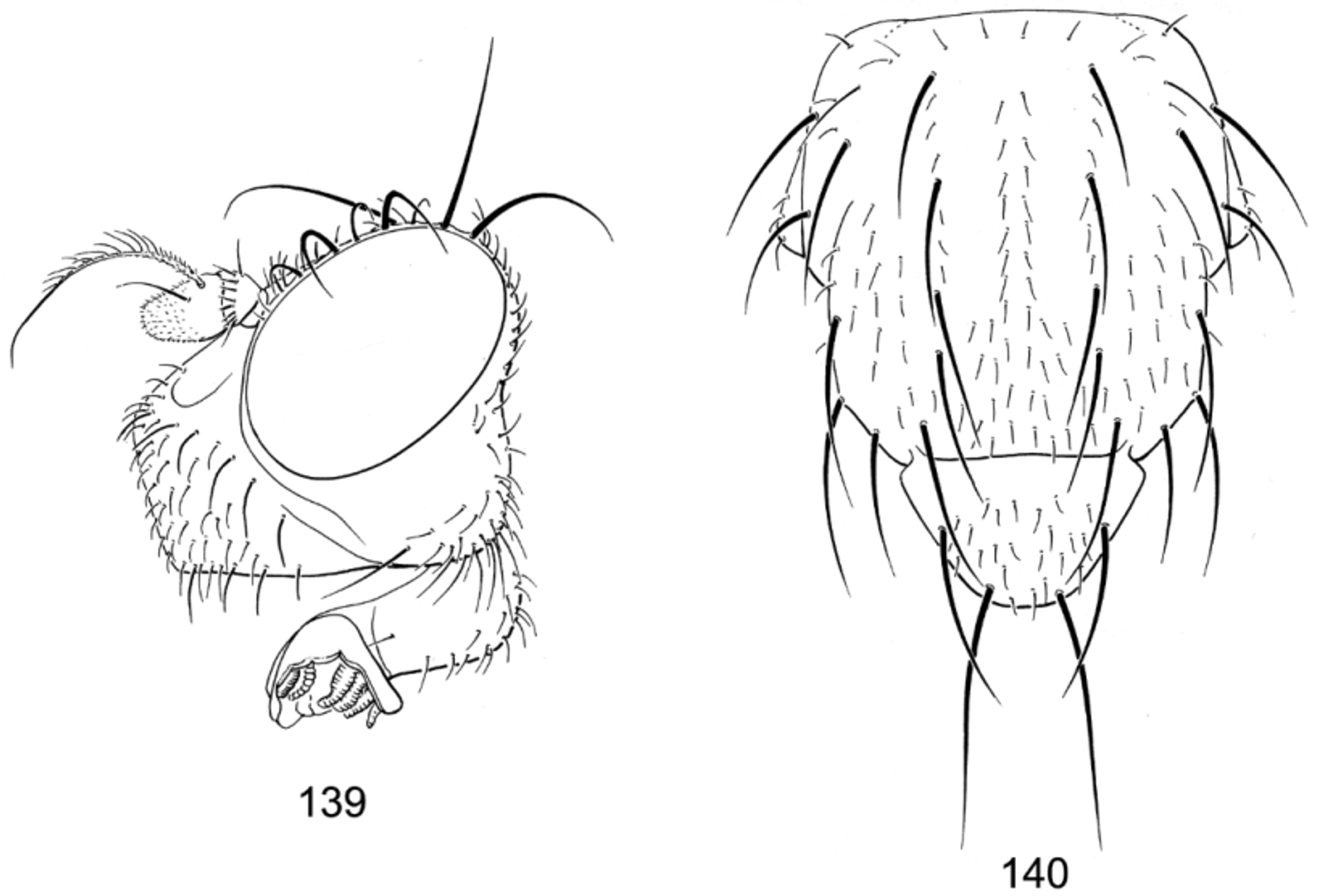