Taxonomic remarks. The species assigned to the genus Arachnopathes  are differentiated based on the thickness of the branchlets, the extent of anastomosing and the size and morphology of the spines. Only the features of the spines are well-defined taxonomic traits, and the original descriptions of Ar. ericoides  and Ar. clathrata  made by Pallas (1766) lack valuable taxonomic information to clearly separate these two species. To date, only Brook’s descriptions of non-type material have enough information to define both, as well as Ar. aculeata ( Brook 1889)  . Arachnopathes aculeata  is characterized branchlets varying in length and density and by spines measuring up to 0.06 mm. Two to four delicate branchlets, measuring 0.5–1.5 cm, are found per cm, but they are longer, thicker and more numerous in the middle of the colony ( Brook 1889). Arachnopathes clathrata  is differentiated from Ar. ericoides  solely by having a marked contrast between the thickness of the branches and those of the branchlets defined as “needle-like” by Brook (1889), which is not the case for the present specimen. The latter closely matches the descriptions made by Brook (1889) and van Pesch (1914). The only noticeable differences are the spiral arrangement of the branchlets described by Brook (1889), which is not clearly seen in the material from Madagascar, as well as the lack of information regarding which branch he was analyzing when he described the spines as “laterally compressed, ending in a blunt point formed by the lower margin taking a sharp curve upwards to join the upper margin”. Information about the polyps was missing from Brook’s description and is given here for the first time.

Cirrhipathes  was established amongst antipatharians by de Blainville (1834). It is characterized by unbranched and unpinnulated corallums, with polyps irregularly found on all sides of the stem. The colonies can be straight, slightly to highly contorted, curved, coiled or forming spirals. The spines on the skeleton are not arranged in verticils ( Brook 1889; Bo et al. 2009; Wagner 2015a). They can be variously papillose and may be knobbed or lobed at the apex. This genus currently encompasses 16 nominal species, of which four type specimens are lost or missing, including the type of Cirrhipathes spiralis ( Linnaeus, 1758)  . All species have been described from the Indian and Pacific Oceans, except Cirrhipathes secchini Echeverria, 2002  from the SW Atlantic. However, a redescription of the type material is needed for the latter as it might be related to the genus Stichopathes  rather than Cirrhipathes  due to the arrangement of the polyps and the occurrence of secondary spines. 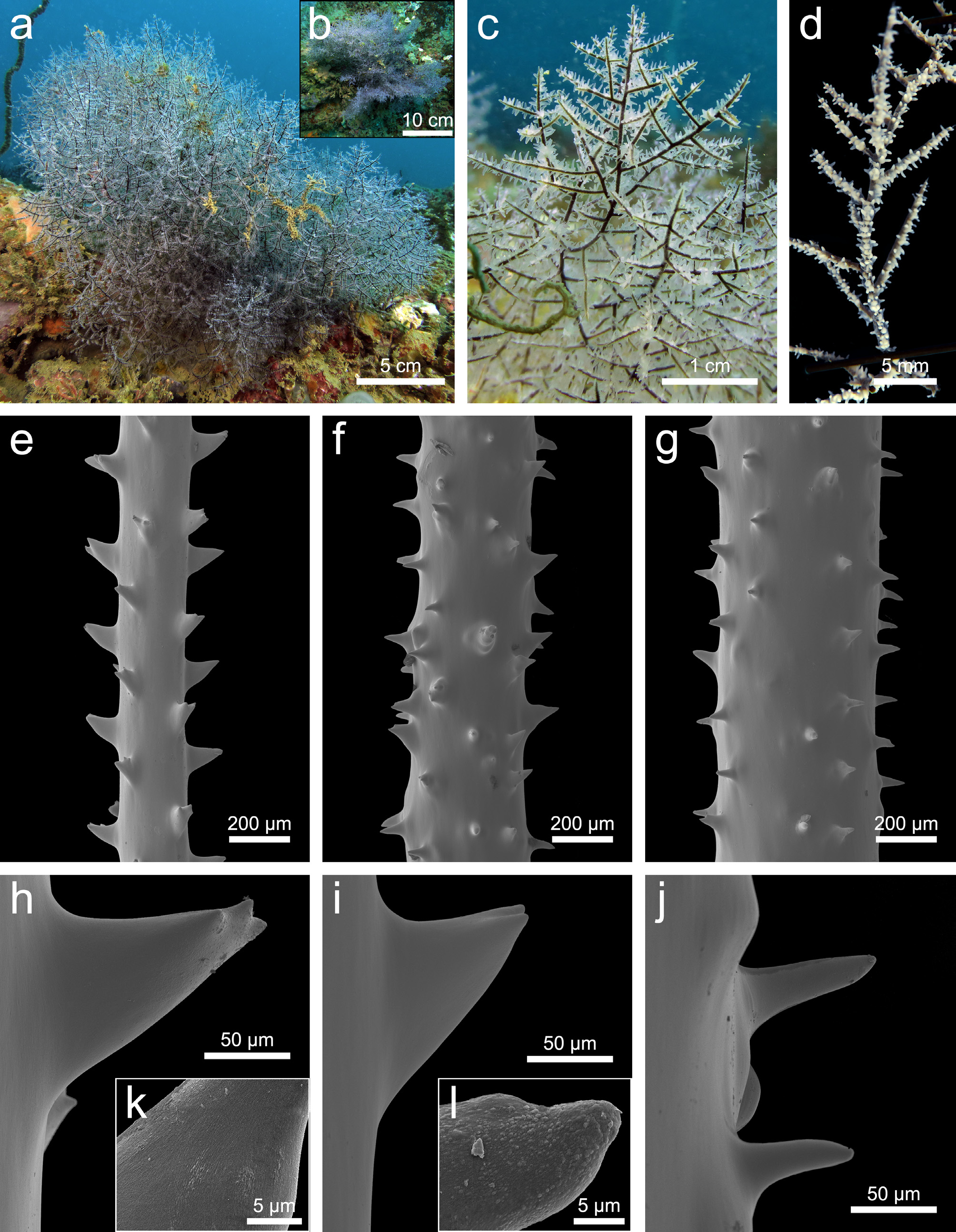