Remarks. The specimen agrees with most of the characters of S. cornuta   , except for the length of dorsal cirri and segments width, as given by Rathke (1843) and Licher (1999). Dorsal cirri and segments are shorter in the Indonesian specimen; however, the size of our specimen is considerably smaller (9 mm) than the neotype (30 mm). Syllis cornuta   was described from Norway and there are many subsequent reports of this species all around the world including Japan and Australia. Licher (1999) revised a large amount of material from different geographical areas, concluding that some reports were dubious. However, our unique specimen does not have any external feature sufficiently distinct to separate it from S. cornuta   on morphological grounds. 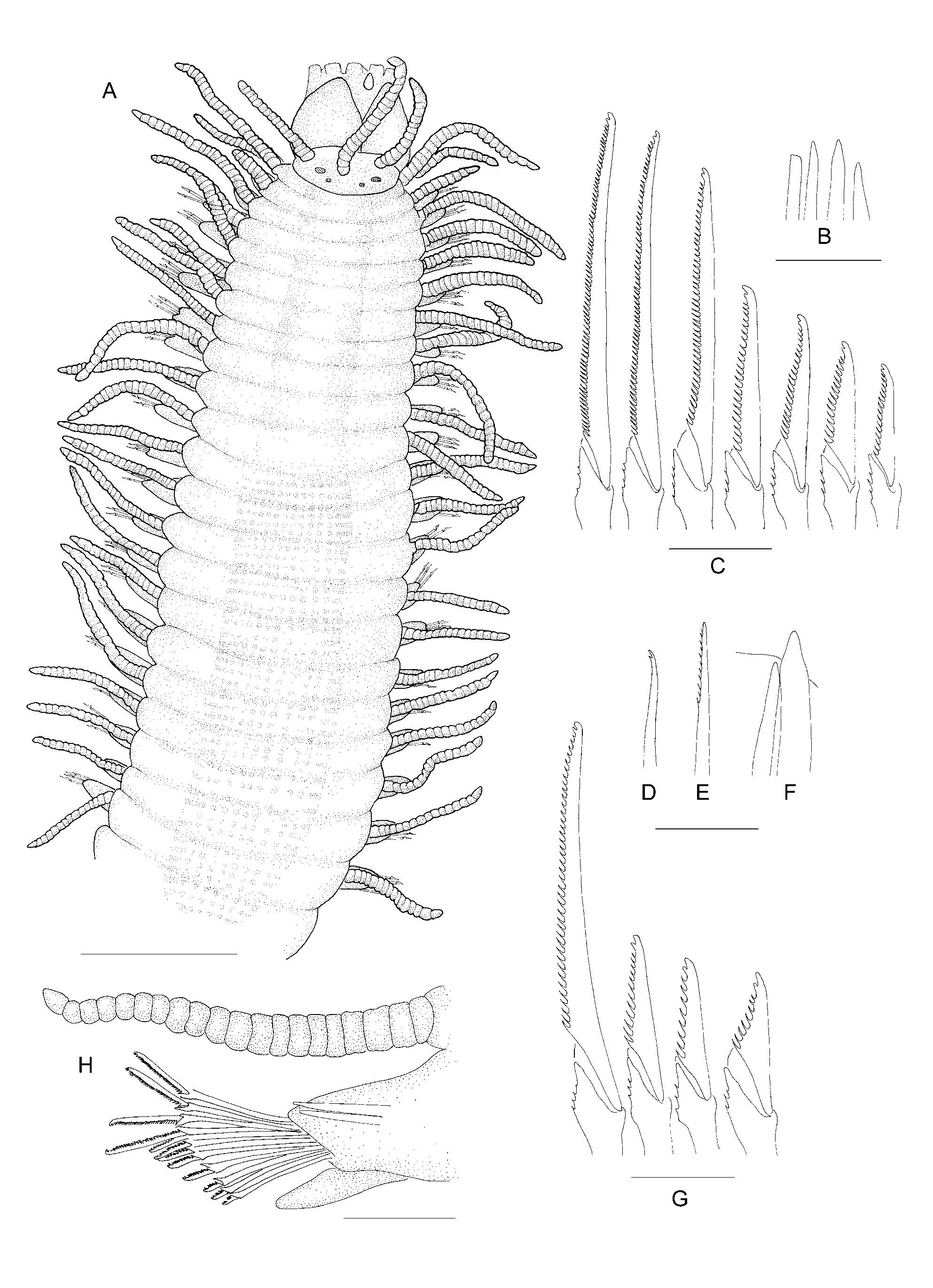