Remarks. Branchiosyllis exilis   , originally described from Djibouti, Gulf of Aden, is characterized by the presence of claw-shaped chaetae on posterior chaetigers, the most diagnostic character of the genus, and by the absence of branchiae, even though the generic name refers to the presence of branchiae. It is a widely distributed taxon, considered circumtropical, although material from different localities exhibits slight variations in some characters. The holotype unfortunately lacks all dorsal cirri. Specimens from Indonesia largely agree with those described by Westheide (1974) from the Galapagos Islands. The latter specimens have long dorsal cirri (35–50 articles, as compared with 38–45 in Indonesia), while specimens from the Mediterranean (with approximately the same body length as those from Indonesia) identified as B. exilis   (by San Martín, 2003) have shorter dorsal cirri (14–22 articles). Specimens from Indonesia have the fangs of the chaetae slightly curved in their distal part, while they are not curved in specimens from the Mediterranean, nor in the holotype. Westheide (1974) did not describe this character for specimens from the Galapagos. However, the examined types of B. fuscosuturata   from the Caribbean Sea (synonymized with B. exilis   by Westheide) present fangs slightly curved distally. Specimens from Indonesia present normal compound chaetae plus claw-shaped chaetae in the posterior chaetigers, while there are only claw-shaped chaetae in Mediterranean B. exilis   . However, Indonesian specimens were regenerating their pygidiums and maybe such modified chaetae were present but these segments are now missing. In some of the examined Indonesian specimens, ventral cirri of posterior segments are distinctly long, twice as long as the parapodia; this feature has not been found in any description from other localities. In conclusion, there are many small differences between specimens identified as B. exilis   around the world. A revision of all the material identified under this name will be necessary, as it may represent a complex of species. Branchiosyllis cirropunctata   is a similar species but clearly differs in having dark spots on dorsal cirri and some details of chaetae. 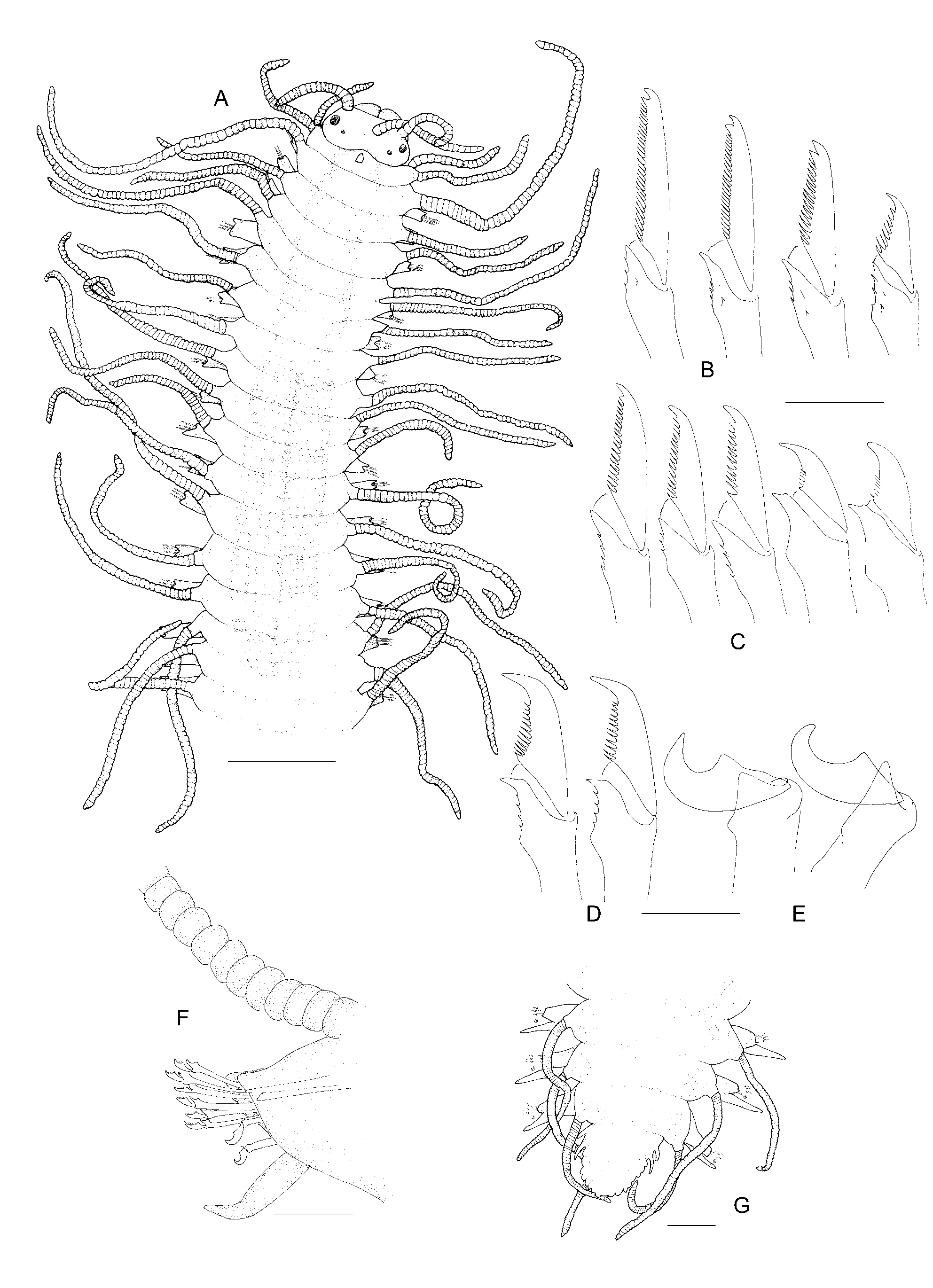