Diagnosis. This species closely resembles S. pacifica (Cresson)  and S. needhami Johannsen. The  latter two, however, are known only from the Nearctic Region. Specimens of S. trichoscelis  may be distinguished from those of either congener by the following characters: supraspiracular convexity shallowly rounded; tufts of hair near the apex of the mid- and hindtibiae well developed, as in members of S. needhami  ; and conformation of structures of male terminalia distinctive, particularly the shape of the fused surstyli. Medium-sized to moderately large shore flies, body length 3.20–4.20 mm; mostly subdued, microtomentose, pale brown to grayish green except for subshiny to shiny dorsum.

Remarks. This species is similar and apparently closely related to S. pilicornis  and reference to structures of the male terminalia may be needed to distinguish between them. 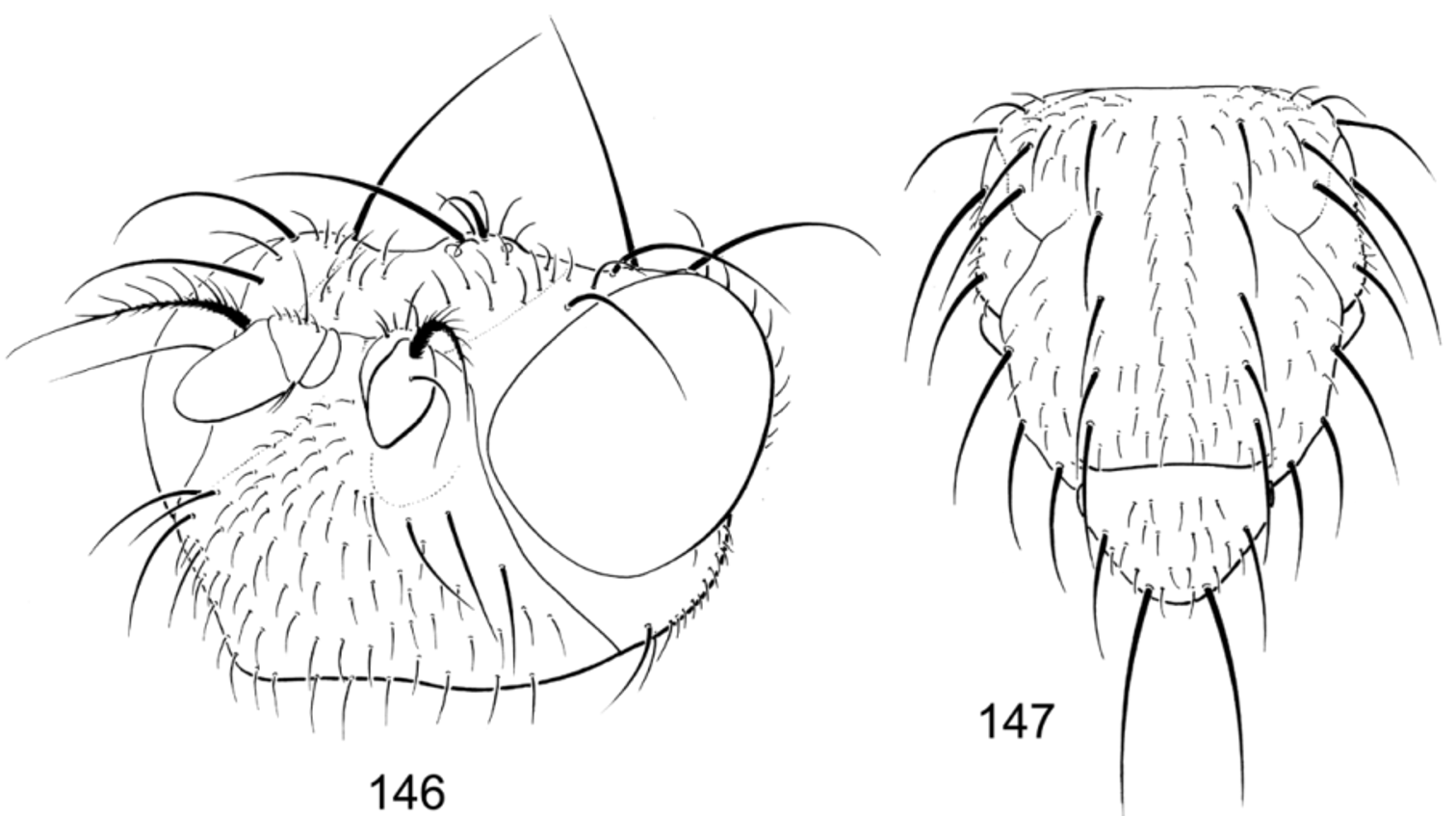 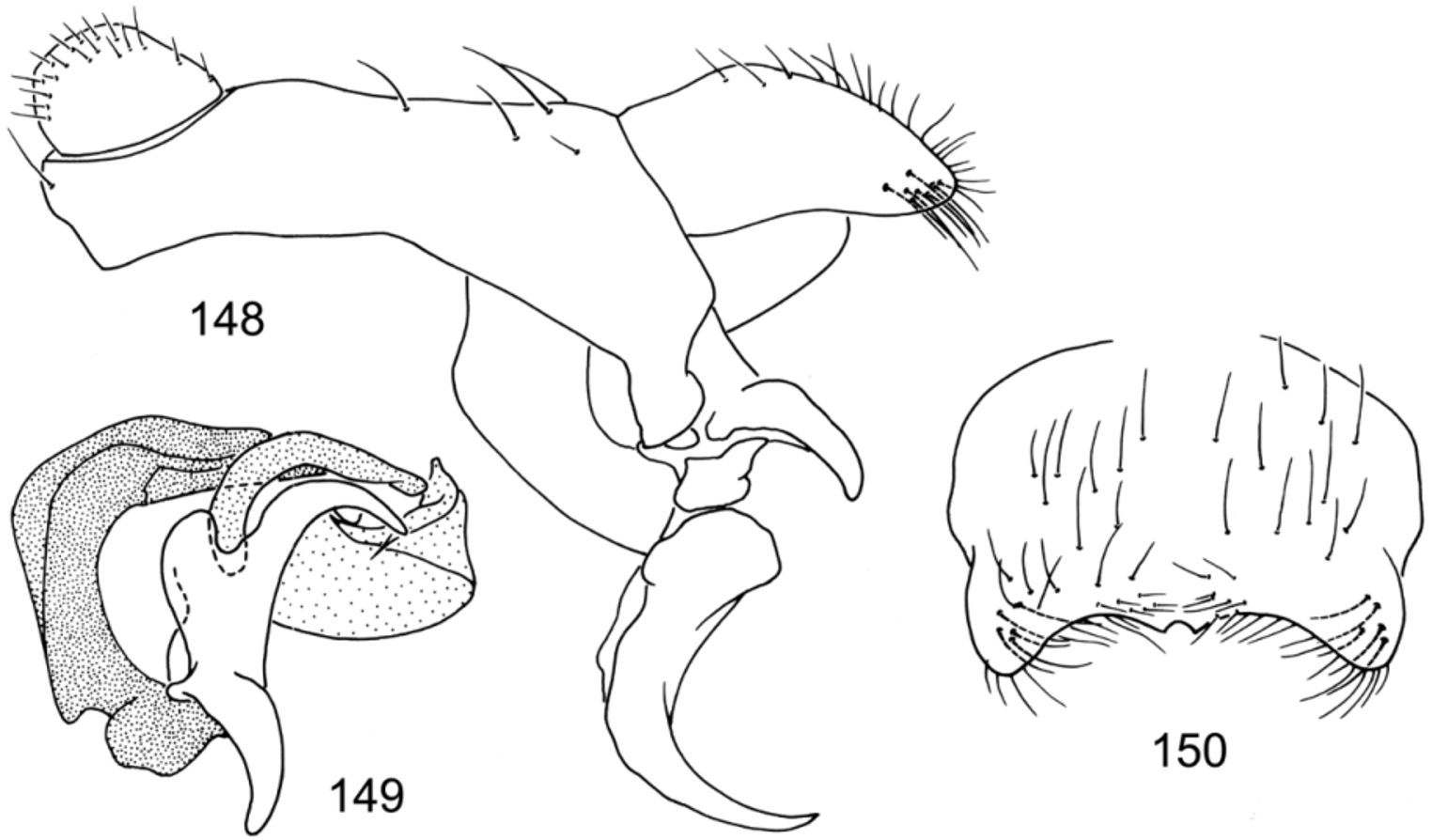