Branchiae. Branchiae arising as single structure from SGIII, with a single stalked mid-dorsal branch having of one pair of dorsal (upper) lobes not fused along their lengths, and a pair of ventral (lower) lobes much shorter, neither fused together nor to dorsal ones ( Fig. 28AView FIGURE 28, 29AView FIGURE 29, 30View FIGURE 30 A−B, 32A). Anterior projection of dorsal lobes (lobe 5) not present. Pointed projection of posterior region of both upper and lower lobes much longer in ventral ones, becoming a long terminal filament ( Fig. 30View FIGURE 30 A−B, 32A). Both sides of branchial lamellae with several parallel bent rows of cilia and several ciliated tufts near outer edge ( Fig. 30View FIGURE 30 C−D).

Abdomen. 29−30 pairs of neuropodia, as erect pinnules with about 20 uncini per torus ( Fig. 31View FIGURE 31 D−E) having three teeth above main fang surmounted by two teeth above one in middle, an upper crest of two teeth and a variable number of smaller teeth ( Fig. 31FView FIGURE 31).

Variability. Most specimens of T. nkossa  sp. nov. are complete, with well-defined branchiae, ranging from 5 to 15 mm long, showing intra-coelomic oocytes from 9-mm long specimens ( Fig. 29DView FIGURE 29). The digestive tract main parts, especially the hind stomach, can be easily seen by transparency through the delicate body wall ( Fig. 29CView FIGURE 29). The only specimen from the Atlantide cruise (NHMD-231434), identified as T. stroemii  by Kirkegaard (1959), comes from shallow waters (108 m depth) off Sierra Leone, measures 7 mm in length and overall agrees with T. nkossa  sp. nov. description, except in having much shorter, comma-shaped branchiae, both features not present in our specimens of this species, and therefore it was labelled as T. af. nkossa  .

Etymology. The species is named after the N’Kossa gas field located off Congo, where most specimens were collected. 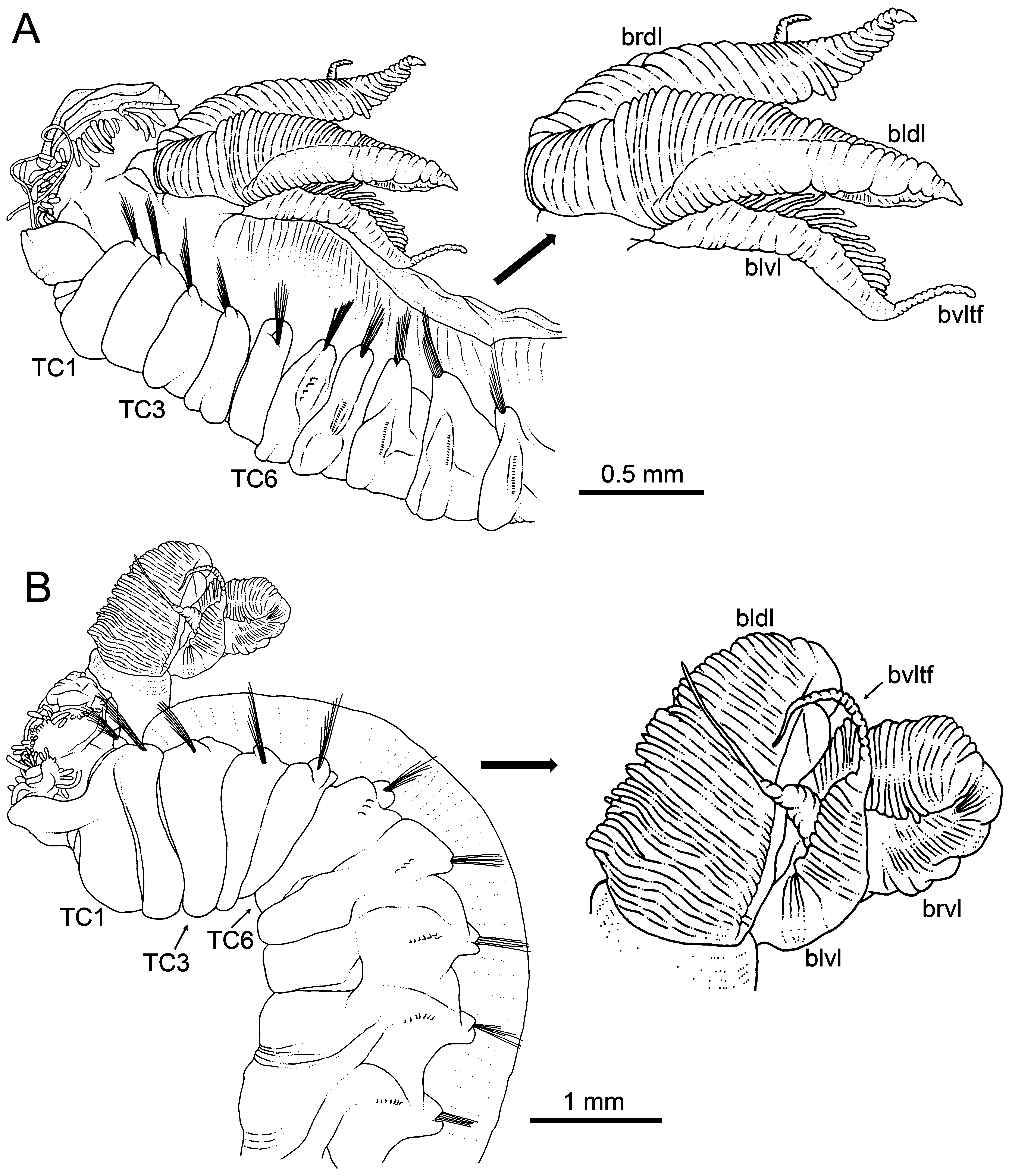 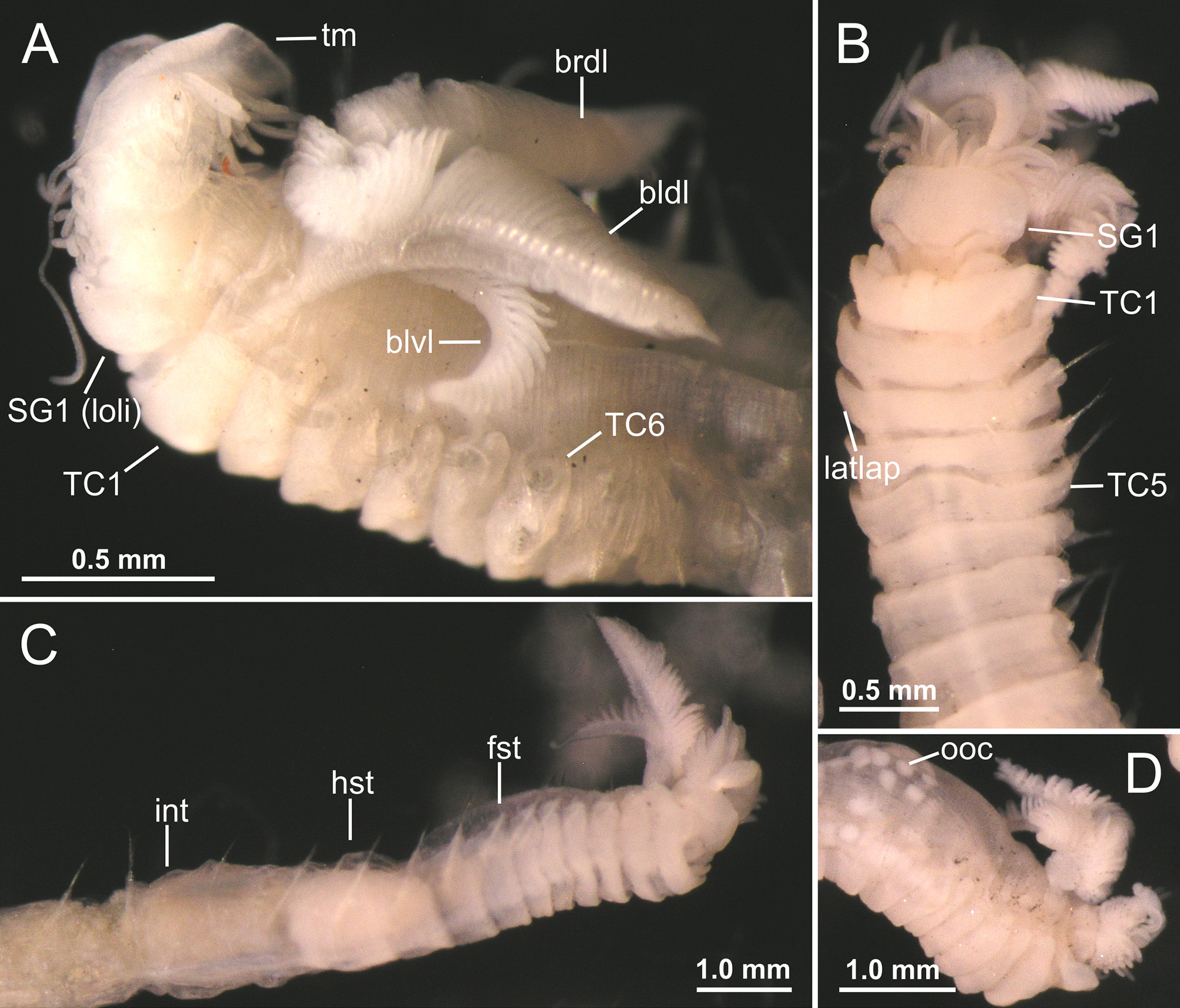 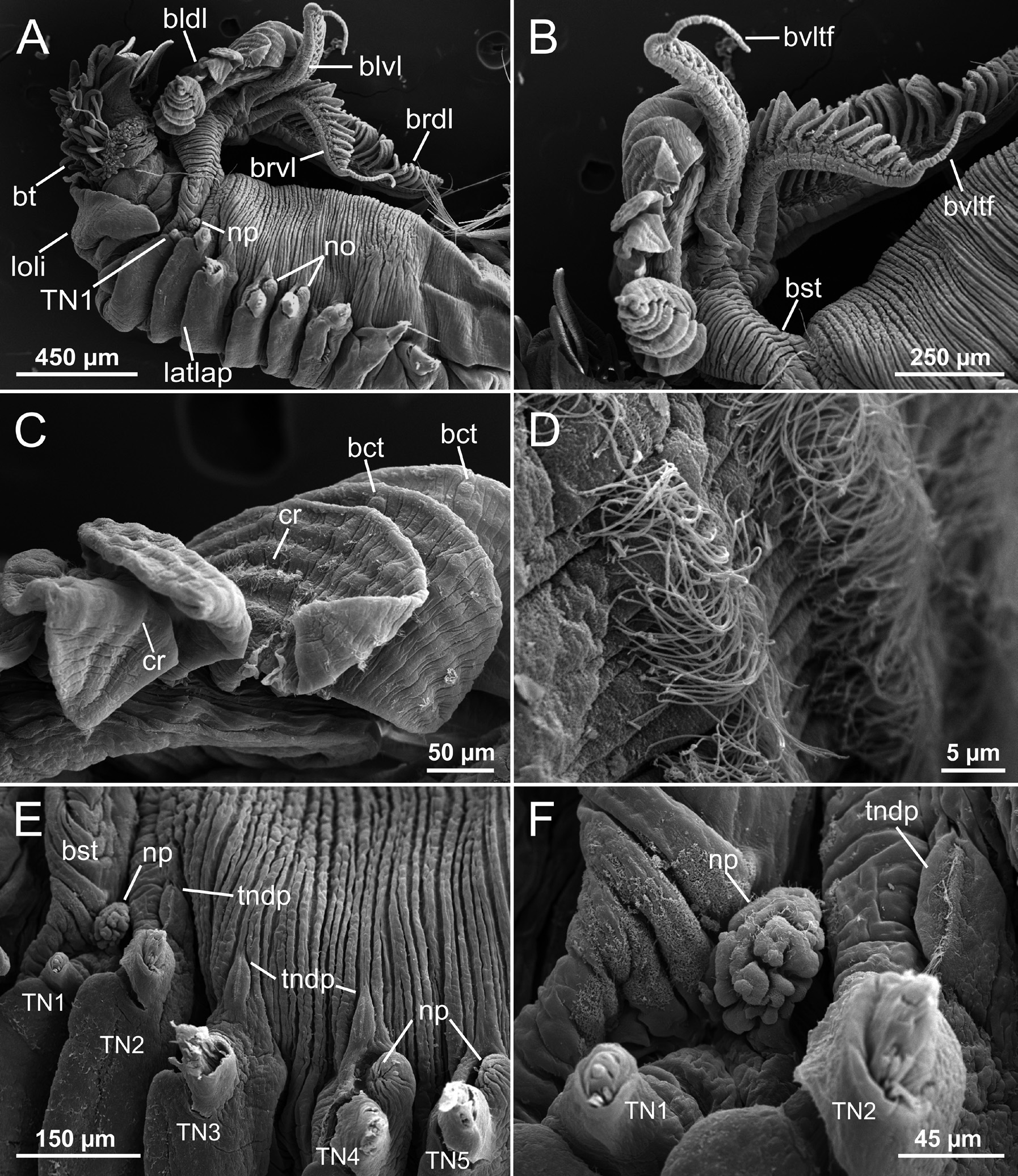